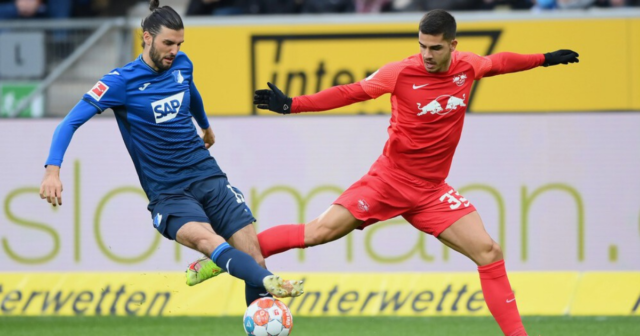 The Toon are hoping to persuade versatile Grillitsch to choose them in January and add his class to Eddie Howe’s survival fight.

Hoffenheim’s Grillitsch can play defensive midfielder or even sweeper and is available to sign a pre-contract as he is a free agent next summer.

If Grillitsch fancies the challenge, Newcastle can then make an offer to buy him from the Germans for a bargain £3 or £4million.

The Toon have been chasing Grillitsch for months and he is one of the easier players for them to land right now – as prices are high in the domestic market when they take an interest.

Grillitsch also has Roma keen on him, but Newcastle have the money to tempt him their way – even if there are no guarantees that they stay up.

The talented Austrian will face Wales and possibly Scotland on the way to World Cup qualification and Grillitsch could be a Premier League player by then.

The Magpies are desperate for reinforcements when the window reopens to help them avoid a relegation dogfight.

New boss Howe was taunted by Arsenal fans in his first appearance on the touchline since taking over at the Toon.

And the ex-Bournemouth boss watched on helplessly as goals from Bukayo Saka and substitute Gabriel Martinelli sealed a comfortable 2-0 win for the hosts.

The Canaries are three points off the bottom after picking up a handy draw with Wolves on Saturday.