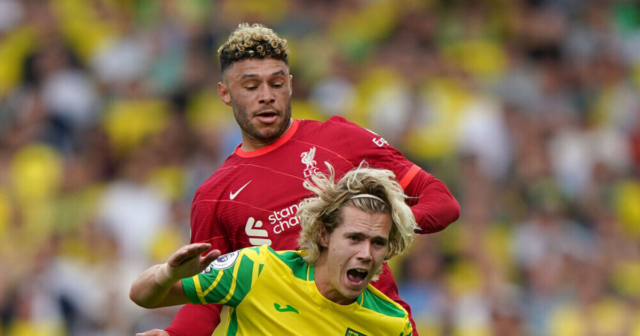 The unsettled Canaries midfielder has been told he can leave Carrow Road this month but only for the right price.

Todd Cantwell can leave Norwich for £15m with Newcastle interested

Newcastle are so far the only club to have registered an interest in the former England Under-21 international, who could feature against Charlton in the FA Cup on Sunday.

SunSport revealed last month that Cantwell was being offered to clubs and a potential deal could be £10m up front plus £5m in add-ons.

Cantwell, 23, will be out of contract this summer although Norwich do have an option for a further year.

It has certainly not been a good season for Cantwell who fell out with former manager Daniel Farke.

He was banished to the U23s after being told he had an attitude problem.

The playmaker returned to the side under new boss Dean Smith but his performances have still been poor and in total, Cantwell has still only played eight times this season.

He is yet to register a goal or assist for the seniors in 2021-22, with his last strike on April 6 in the 7-0 Championship drubbing of Huddersfield.

Manager Smith, whose team are bottom of the Premier League, has been told there is no cash for strengthening so he must sell before the club can buy.

Elsewhere, Newcastle announced the first signing of their new Saudi-backed era on Friday.

The England international put pen to paper on a two-and-a-half-year deal at St James’ Park, where he is reunited with his former Burnley boss Eddie Howe.

Trippier, 31, said: “I’m delighted to be joining this fantastic club. I really enjoyed my time in Madrid, but when I became aware of interest from Newcastle United, and having worked with Eddie Howe before, I knew this was where I wanted to be.

“I’m aware there is a lot of work ahead of us but I know the demands of the Premier League well and I know what an amazing club this is with very talented players.

“I can’t wait to get started and I’m excited to step out at St James’ Park as a Newcastle player.”