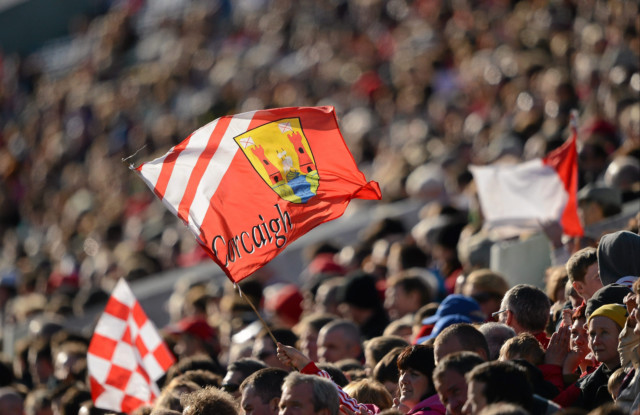 SPORTS DIRECT will become the new sponsors of Cork’s hurling and Gaelic football teams in a £1.8million deal.

The company, owned by Newcastle United owner Mike Ashley, will take over from Chill Insurance, whose deal ended at the end of last season.

SEday Times have reported that the deal will be worth €2 million over the next five years.

It also includes bonuses of up to a further £1.8million and £180,000 for winning an All Ireland title.

Cork suffered a hugely disappointing year on the pitch in 2020 in both Gaelic football and hurling.

The footballers scored one of the shocks of the Championship when they knocked Kerry out of the Munster championship with a goal in the dying seconds of extra time.

However they failed to perform in the final allowing Tipperary to land a shock Munster title win over the Rebels.

The hurlers were dumped out of the Munster Championship after defeat to Waterford and failed to find any success in the back door where they were beaten by Tipperary.

Ashley has been the owner of Newcastle since taking over the Magpies in 2007 in a £135 million purchase.

Last year he was involved in a lengthy attempt to sell the Premier League club to Saudi Arabia’s Public Investment fund in a £300 million deal that fell through.