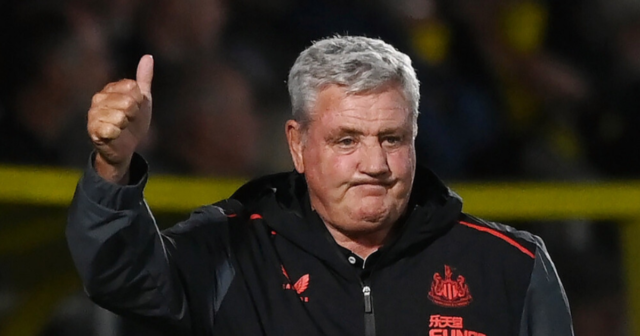 UNDERFIRE Newcastle boss Steve Bruce is set to be offered a new three-year deal with the club, according to reports.

The 60-year-old was roundly criticised by Toon fans last season, although they finished in 12th spot in the Premier League.

Steve Bruce is not loved by fans

But in truth, the ex-Sunderland manager has always been an unpopular appointment since his arrival in 2019.

Despite the fans’ reservations, owner Mike Ashley wants to reward Bruce with a new three-year contract after he managed to keep Newcastle in the top flight.

The Daily Star claims the Sports Direct billionaire is happy to back Bruce as long as they maintain their status in the Premier League.

The ex-Manchester United captain’s contract with Newcastle expires in 2022, but he has always said he would stay as long as the hierarchy wanted him to.

“I will never walk away. I won’t walk away from being criticised,” he said in an interview back in May.

However, despite Ashley showing belief in his manager he is reportedly reluctant to splash the cash in the transfer market.

The report says that Bruce has just £10million as his disposal to freshen up his squad for next season.

Loan moves for Joe Willock and Axel Tuanzebe have been mooted, but so far Newcastle are the only Premier League club that hasn’t signed a new player for next season.

And last Tuesday, fans chanted anti-Bruce songs during a 1-1 draw in a friendly against Rotherham.

But Bruce has always remained defiant that he will stay with the club.

He told talkSPORT: “It is for others to decide. Most clubs will have discussions and review the season.

“I am a football person and it is still too early to retire. But that is a conversation other people will have.”