Newcastle United fans smelliest in the Premier League – how does your team fare?
Advertisement 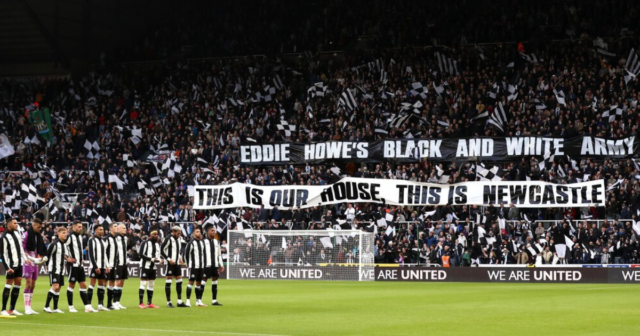 NEWCASTLE United fans are the smelliest in the Premier League, a survey of long- suffering partners revealed.

They shower less than rival teams’ supporters — and pong more after going to games.

The Toon Army are the smelliest fans in the Premier League according to a survey
Brighton fans are the cleanest, according to the survey

Sixty-seven per cent of Toon fans stink of booze and body odour when they get home, their other halves said.

A fifth — 19 per cent — shower less than three times a week.

Overall, one in three Premier League fans — 34 per cent — return home after a match smelling of booze and sweat.

Researchers found one in ten supporters have rowed with a partner over their post-match pong.

West Ham supporters are the second smelliest — with 61 per cent of partners admitting they have to hold their nose after a game — and Burnley fans third (48 per cent).

Brighton supporters are the nicest- smelling, with just 11 per cent of partners saying they stink.

Only three per cent of the Seagulls’ fans have fewer than three showers a week.

Spokesman Ben Davies said: “Our findings suggest many football widows may be keen for their partners to stay out and not come home.

“With a third of fans returning home smelling less than fragrant, who can blame them?”

Did you miss our previous article…
https://www.sportingexcitement.com/football/premier-league/doing-gerrard-slip-impression-watch-man-utd-loanee-pereira-make-shocking-mistake-for-goal-in-copa-libertadores-final