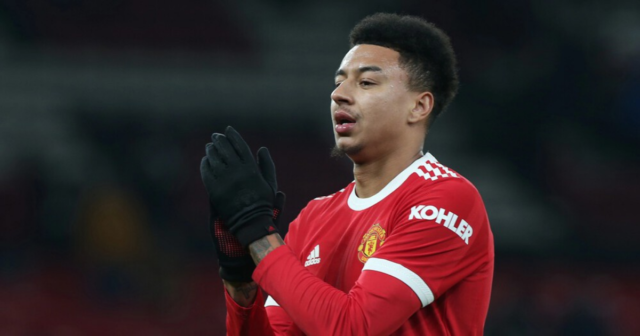 The Magpies have already secured Kieran Trippier from Atletico Madrid and Chris Wood from Burnley in the January window.

Eddie Howe is keen to bolster his squad in a bid to avoid relegation from the Premier League this season.

With the backing of new owners – the Saudi Arabia Public Investment Fund – money is no object for the North East outfit.

And according to the Manchester Evening News, Newcastle are prepared to pay all of Lingard‘s £100,000 a week wages in order to bring him to the club until the end of the campaign.

The Toon currently sit 19th in the Prem table with just one win from 20 matches.

The England international’s contract expires at Old Trafford in the summer – meaning this is likely to be the last opportunity for Man Utd to receive some kind of financial remuneration for the player.

And given his lack of game time, Ralf Rangnick and the United board may feel it suits them to offload Lingard now.

The 29-year-old has not started a single Premier League game for the Red Devils this season.

He has managed just 88 minutes off the bench in the league and not received any more opportunities since Ralf Rangnick replaced Ole Gunnar Solskjaer.

Yet he has still scored twice and shown his quality with the few appearances he has made.

Tottenham have been linked with a move for the Man Utd forward.

However, it is believed a move to Spurs would only come about in the summer when he is a free agent.

And West Ham have continually been muted as a potential permanent destination for Lingard.

The Hammers brought him in on loan for the second half of the 2020-21 campaign.

This proved to be the catalyst for his resurgence as Lingard netted nine goals in 16 games for the London club.

He then returned to Old Trafford in an attempt to fight for his place but that has not materialised.