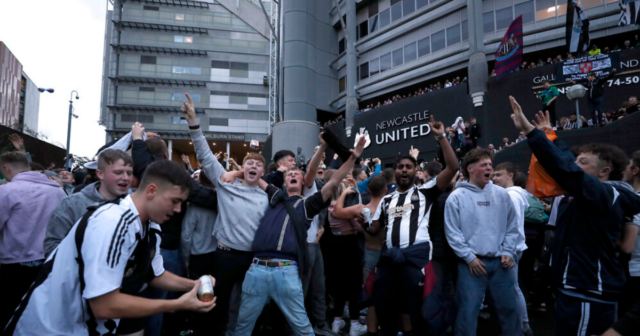 THIS Sunday will be celebrated as liberation day in Geordie Arabia.

The day when the Toon Army gathers at St James’ Park to watch their team play Tottenham and toast the demise of Mike Ashley.

Ashley was the despised ‘cockney’ tyrant (from Buckinghamshire) whose crime-sheet includes underpaying sports shop workers, appointing Dennis Wise, then allowing him to work from ‘that London’.

As they bid Ashley good riddance, the locals will afford a hero’s welcome to a new regime which presides over public beheadings, the dismemberment of dissident journalists and the systematic subjugation of women.

It is carnival time — fancy dress shops are experiencing a run on Saudi robes and headgear, ‘King Kev’ will soon be carried shoulder-high as an official club ambassador and Sports Direct signage will be ceremoniously torn down in the manner of a Saddam Hussein statue being toppled in Baghdad.

The takeover of Newcastle United by the Saudi Arabian state is likely to prove an all-time low for anyone naive enough to believe in the existence of morality in the Premier League.

Especially given that the Taliban, Kim Jong-un and the Somali pirates are too skint to buy an English top-flight club.

But while you or I may care about the abhorrent nature of Newcastle’s bankrollers, let’s not kid ourselves that virtually any of the club’s supporters give a stuff — just as no other set of fans would see their club becoming the wealthiest in the world and have any serious regard for where the money comes from.

Once a TV-piracy dispute was resolved, the Premier League hierarchy couldn’t care less either.

We have long since passed the point where there was any line to be drawn as to who could buy one of England’s leading football clubs.

A generation ago, they were usually owned by relatively-wealthy local businessmen, but that went out of the window in 2003 when Roman Abramovich bought Chelsea, with only cursory background checks.

The Abu Dhabi regime which transformed Manchester City has a lamentable human rights record too, although it isn’t anywhere near as barbaric as Saudi Arabia.

And anyway, there really aren’t enough ethical billionaires in the world to go round.

As for Premier League executives, well this merely provides another exciting plot twist for the greatest show on Earth, just as the rise of City did after their Middle Eastern takeover in 2008. Another Sheikh, another shake-up.

The league table tends to  correspond quite accurately with a rich list of club owners.

So as long as they are run by competent people, it is almost inevitable Newcastle will be Champions League regulars within three years and champions of England within five. 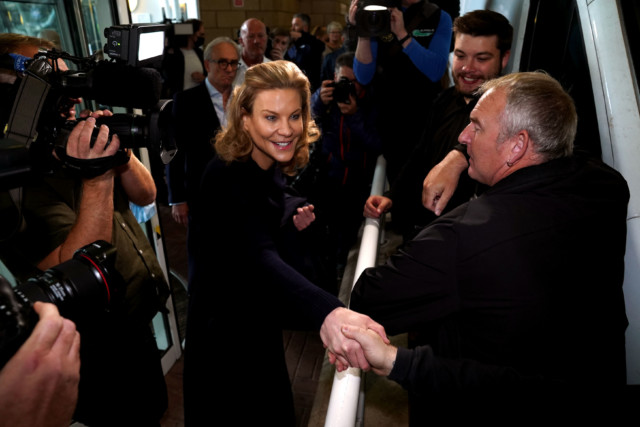 Amanda Staveley has been given a hero’s welcome 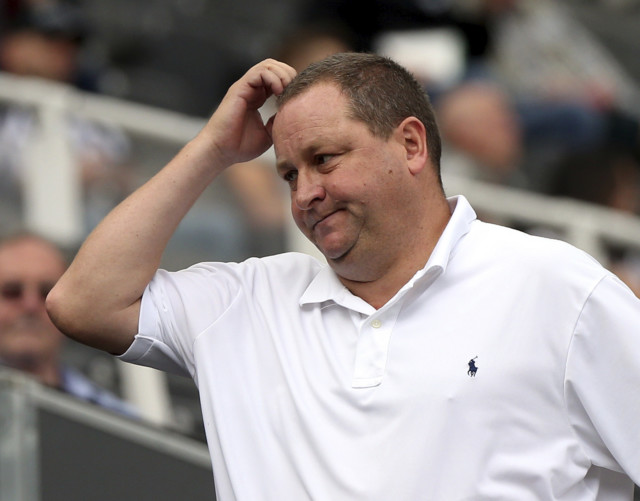 Fans are thrilled to see the back of Mike Ashley

City’s rise between the signing of Robinho from Real Madrid in 2008 and the ‘Aguerooooo!’ moment when they sealed their first Premier League title four years later, was an entertaining one — and Newcastle’s should be similar.

First, the Saudis must sign a handful of players in January to ensure they avoid relegation.

Then perhaps they will attempt to recruit a Galactico — as when City chief executive Garry Cook went for Ballon d’Or winner Kaka and accused the Brazilian of ‘bottling it’ by refusing.

Unable to attract genuine A-listers until they had established themselves in the elite, City signed flawed mavericks such as Emmanuel Adebayor, Mario Balotelli, Craig Bellamy and Carlos Tevez and became a hugely entertaining circus.

So the Geordies can hope for a modern-day Tino Asprilla or two before they land Kylian Mbappe or Erling Haaland.

Having been largely ignored by the wider world under Ashley, they will become an intriguing story until everyone gets bored of them winning everything.

Many major Premier League clubs are apparently fuming at the sudden revival, and conclusion, of the Toon’s takeover. Of course they are, as it threatens them all.

There is currently a clear top four in English football — the Manchester clubs, Chelsea and Liverpool — as there was for much of the noughties, with Arsenal in situ instead of City. 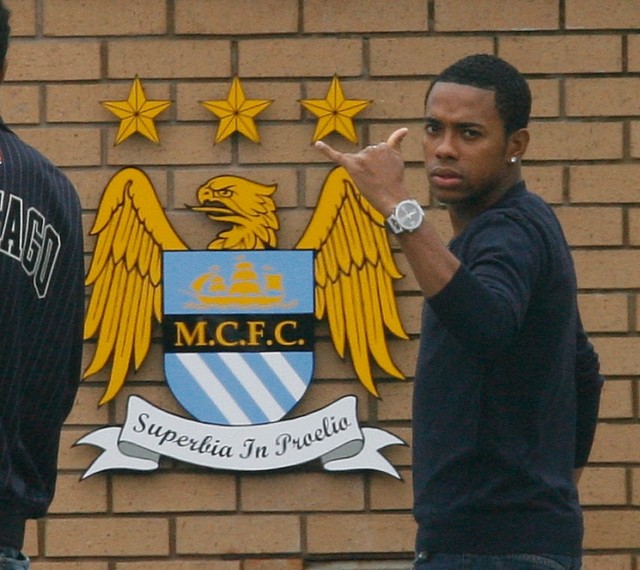 The arrival of Robinho marked a new dawn at Manchester City 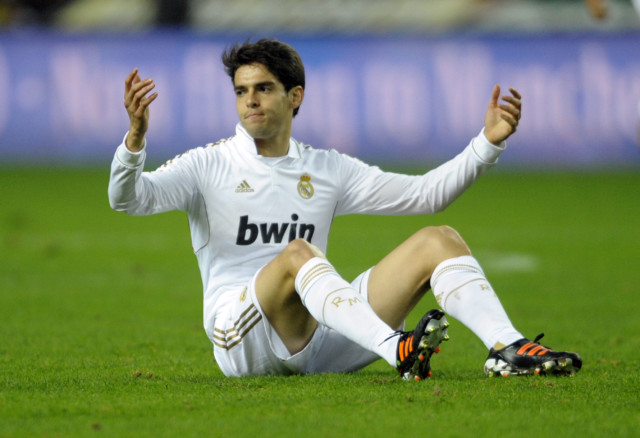 Kaka ‘bottled’ a move to Eastlands

So Jurgen Klopp’s Liverpool, the least-wealthy of that top four, will now be panicking, as will United, the least well-run. Chelsea, the least stable, could suffer too.

And will owning City start to lose its appeal for the Abu Dhabi crew, once they are no longer the coolest, richest Sheikhs in town? Perhaps.

And the ambitions of Leicester, West Ham and Everton, who have come close to challenging the existing order, are now dimmed.

We are currently hearing much about Newcastle’s ‘long-suffering’ fans, who cover themselves with a weird romanticism only surpassed by supporters of Liverpool.

Ashley’s regime was joyless and his contempt for the locals was spiteful, but he was not a ruinous owner.

Other sizeable clubs, such as Derby, Nottingham Forest, Sheffield Wednesday, Leeds and Sunderland, have fallen further, and for longer, in recent years.

Still, the Toon Army can now relish this ride and neutrals can enjoy the fun too. As long as we hold our noses and try not to worry about all of that pesky actual human suffering back in Saudi Arabia.

THERE are many tiresome elements to England having to play San Marino and Andorra every few weeks. 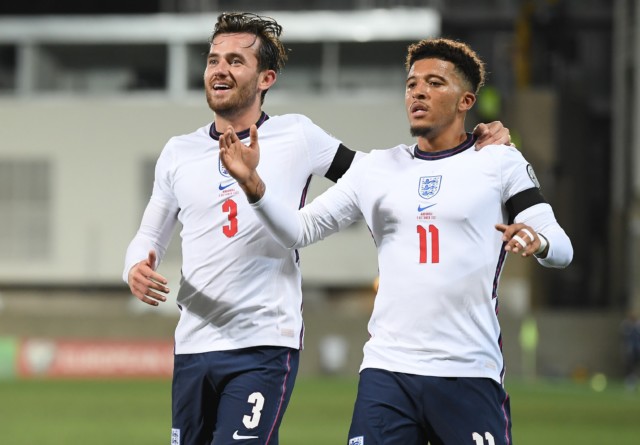 England were comfortably too good for Andorra

Another is that you really cannot learn anything from such matches.

Yes, Phil Foden looked impressive as a deep-lying central midfielder in Andorra on Saturday but we can’t assume anything just because he’s done it against butchers, bakers and candlestick-makers.

At least Fifa haven’t admitted Vatican City — an independent state with a population of 825 — into the World Cup just yet.

Although watching Eng-land getting the dinner kicked out of them by the Pope’s inner circle would be quite some spectacle.

We will never know the truth of Tyson Fury’s boast that he could beat any heavyweight in history. 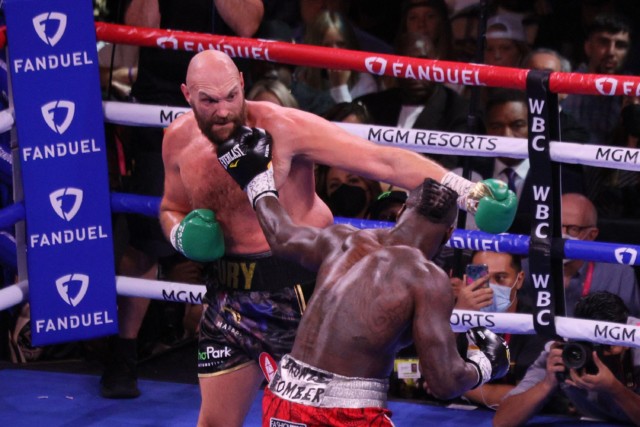 But given that Fury weighs in approximately four stone heavier than Muhammad Ali did, and five stone more than Joe Louis — while still employing lightning hand speed and dancing feet — the Gypsy King’s claim might not be as ludicrous as all that.

The saddest thing about boxing is that this isn’t necessarily just speculative bar-room debate.

We could feasibly see Fury fight another former great, Evander Holyfield, who boxed last month at the age of 58.

ON seven of their last eight Ashes tours — all except for the triumphant Andrew Strauss-led tour of 2010-11 — England have not won a single Test while the urn has still been up for grabs.

And while this winter’s touring squad is not as weak as we’d feared, England have little chance of changing that trend, especially without Ben Stokes and Jofra Archer.

Fair play to Joe Root and his men for touring under stifling Covid restrictions. If they’d opted out, few would have blamed them.

KEEN cricket fan Steve Bruce will understand the agony of a batsman being out for 99.

So the soon-to-be former Newcastle boss is bound to be irritated if he is sacked before Sunday’s visit of Spurs and finds himself marooned on 999 matches as a manager. 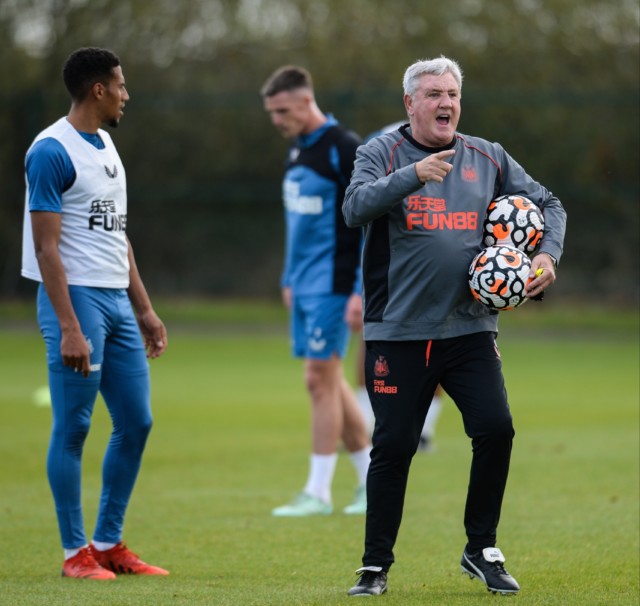