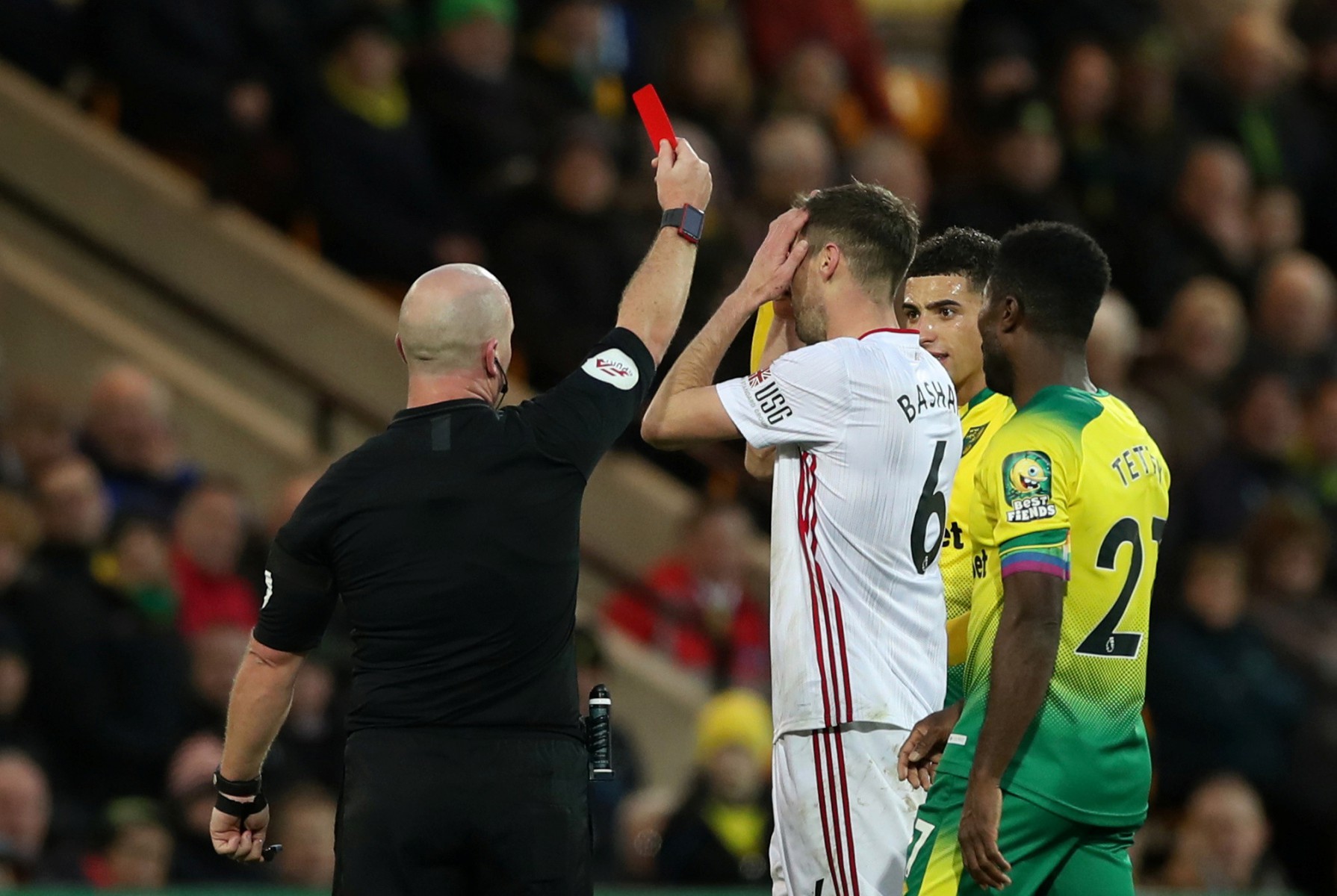 The defender was shown a straight red card for a challenge on Kenny McLean moments after George Baldock completed the comeback in the visitor’s 2-1 win.

As Baldock headed towards the tunnel despite pleading his innocence, VAR eventually overruled the ref for the first ever time and Basham was instead handed a yellow.

The Canaries took the lead on 27 minutes through Alexander Tettey after starting the match brightly.

Blades’ defence failed to deal with an Emiliano Buendia corner, and Tettey made no mistakes, controlling the ball before drilling home.

Norwich started to threaten from set-pieces, with Ben Godfrey heading straight at Dean Henderson in the United net with the home side looking to double their advantage.

The Blades goalkeeper was again called into action at the end of the first half, running off his line to deny Onel Hernandez a clear attempt on target, and being forced into a save from a long-distance drive from Mario Vrancic.

Norwich struggled to get going at the start of the second half and it was the visitors who made the impact, finding the equaliser when Stevens rose to nod in a Baldock cross just four minutes after the restart.

Baldock, who had only one goal to his name this season before the game, put his side ahead just minutes after sending in the ball for the leveller when he cleverly twisted and turned in the box before firing the ball into the bottom corner.

With the visitors looking for a third, there was a VAR controversy as Basham went down in the box and John Lundstram put the ball in the back of the net.

It looked as if the goal or a penalty would be awarded but referee Simon Cooper, after a long consultation with VAR, ruled that Lundstram was offside.

Henderson had to make a great save to deny substitute Todd Cantwell tapping in the equaliser at the end of a rare promising move from the home side, but it was not enough as United took all three points. 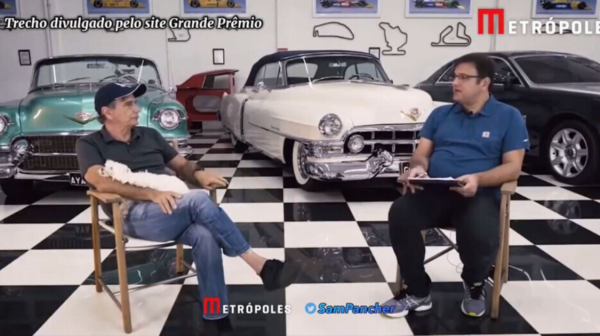