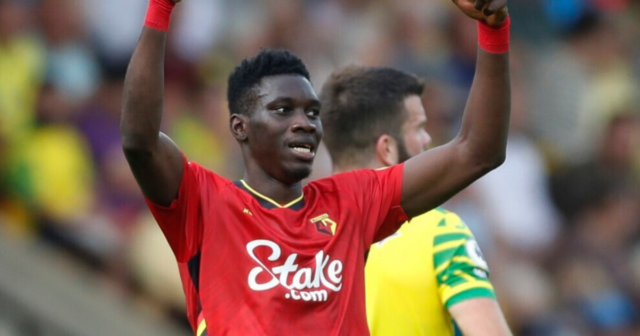 THE last time Norwich lost to Watford, Daniel Farke said his players were too hungover from their Championship title celebrations.

But this time they were stone cold sober and still couldn’t get the victory they needed to lift them off the foot of the table. 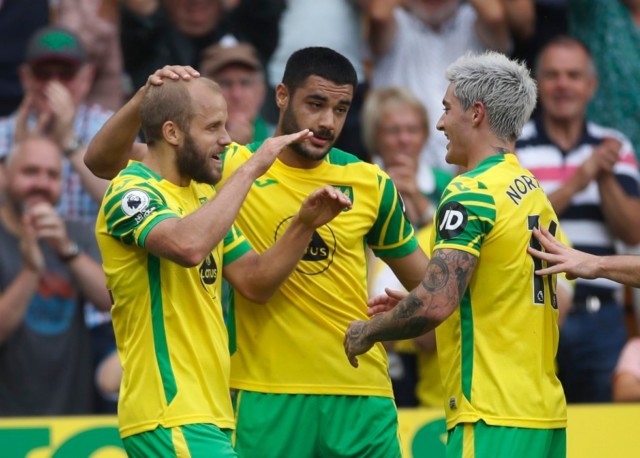 So what is their excuse this time?

The Canaries have now lost a staggering 15 consecutive top-flight games, equalling the record first established by Sunderland back in 2003.

And if they cannot get anything from a home game against Watford then you have to wonder exactly when they will get their first points on the board.

They are already the joint holders of another unwanted record of five Premier League relegations and the way things are shaping up you have to fancy them to make it six next year.

No wonder Farke and his players were loudly booed off at the final whistle.

From the moment Emmanuel Dennis headed Watford into the lead it always looked like being yet another of those days for Norwich.

And though Teemu Pukki briefly brought some much needed hope to Carrow Road, a couple of second-half goals from Ismaila Sarr goals quickly flattened any home optimism.

Farke’s men are the closest thing to a Championship team without actually being in the Championship.

But it is already looking to be just a matter of time before they wave goodbye to the top flight yet again.

For the first frantic 15 minutes they gave as good as they got but the wheels came off as soon as Dennis put the visitors ahead.

The lively Nigerian was simply too cute for Ozan Kabak as he got the jump on the flat-footed Norwich debutant to head in from Kiko Femenia’s 17th minute cross.

It was exactly the kind of lack of awareness which blighted Kabak’s time on loan at Liverpool last season.

But the Turkish international partially made amends with a crucial block to prevent Josh King doubling the visitors’ lead from another Femenia cross.

And the value of that intervention was immediately apparent when Pukki levelled in the 35th minute.

Mathias Normann’s first time ball caught Craig Cathcart napping and with 38-year-old Ben Foster unsure whether to come or stay, Pukki was left with the time to pick his spot. 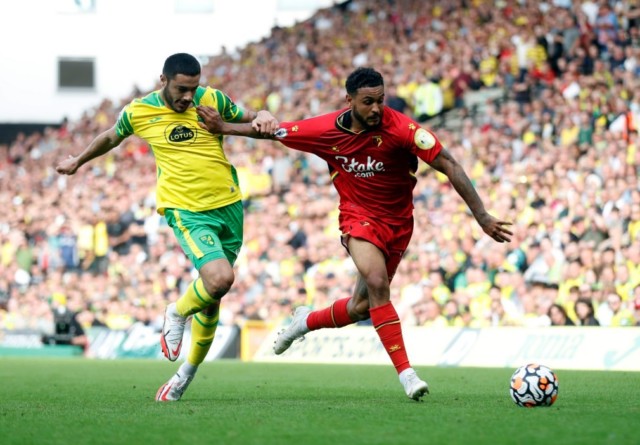 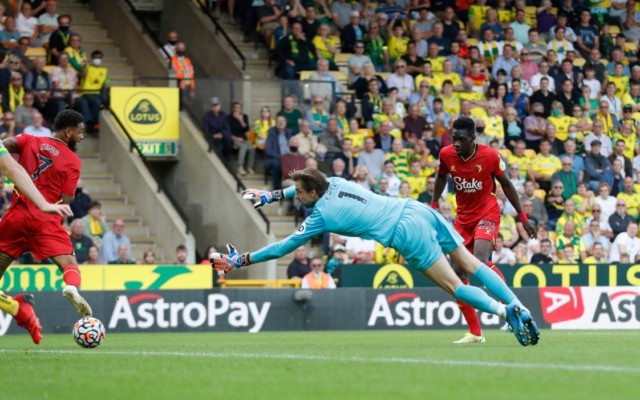 Sarr fires in his second after Tim Krul denied King

The Finnish striker should have scored again but fired over following good work by the industrious Josh Sargent.

But it was Watford who finished the first-half stronger as Tim Krul saved well after Sarr had been handed a clear run on goal by Tom Cleverley’s through ball.

The Senegalese flier was a constant thorn in Norwich’s side and made no mistake when he was given another sight of goal by Josh King’s 63rd minute pull-back.

Pukki wasted the chance of a second equaliser when he dragged his shot wide of the post and Milot Rashica’s shot on the turn drew a sharp save from the veteran Foster.

But any chance of a Norwich comeback were well and truly flattened when Sarr struck again nine minutes from time.

Cleverley’s through pass sent King away for a shot which Krul did well to block before Sarr turned home the loose ball.

Norwich briefly thought they had been reprieved when King was ruled offside but VAR Graham Scott spotted that he had been played on by Kabak and the goal was allowed to stand.

For Watford, it was their first away points in the Premier League in nine games. But for Norwich, the misery continues. 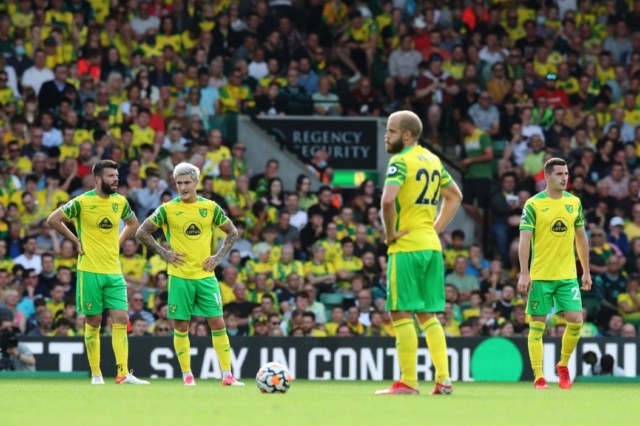 Did you miss our previous article…
https://www.sportingexcitement.com/football/premier-league/man-city-fans-pack-etihad-for-clash-with-southampton-after-pep-guardiolas-plea-for-more-supporters-to-show-up