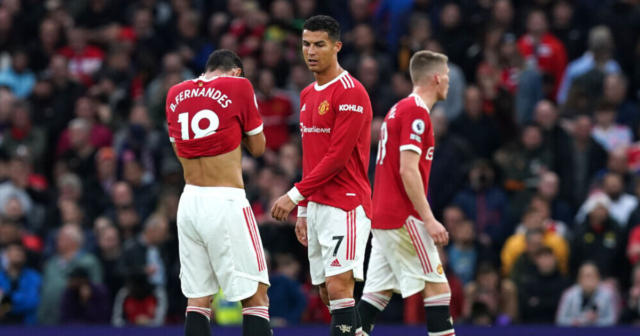 And the Anfield legend also said there’s ‘not much to like’ under Ralf Rangnick.

The German has hardly set United alight since he replaced Ole Gunnar Solskjaer.

As well as the underwhelming results, there have also been reports of dressing room unrest and cliques.

And Carragher reckons Rangnick’s ‘flat’ team make him think of Hodgson’s 2010-11 Liverpool team, who fell out the top-four race and saw the ex-England manager sacked.

Writing in his Telegraph column, Carragher said: “‘[This] United team had promise, exciting young talents, and enough goals in the team to maintain the hope that flaws and inconsistencies could eventually be eradicated.

“Ultimately, they did not have enough to challenge for the Premier League title.

“What might worry United supporters now is when watching their side over the last few weeks, they remind me of Liverpool under Roy Hodgson.

“There is nothing about them; no passion, no emotion; every game seems flat; they lack energy and fluidity; the players are visibly not enjoying their football.

“There is a highly respected football figure in charge, but it has taken a matter of weeks to make it obvious Rangnick is not the right fit for that squad and will not be on the touchline at the start of next season.

“There is not a lot to like about them at the moment.

“And Cristiano Ronaldo’s interview has blown open the divisions within the dressing room, highlighting the mentality issues.

“I said from the outset that signing Ronaldo might expose more problems than it solved.

“That squad does not have the unity and discipline required to challenge City, Liverpool and Chelsea.”

United are seventh in the Prem and travel to Aston Villa this weekend.