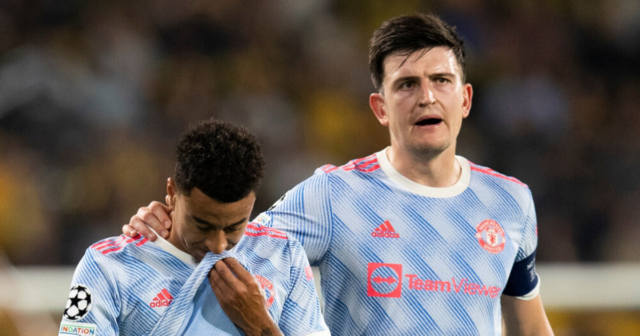 But the manager blamed the referee, the astroturf pitch and United’s indiscipline as his side imploded in Switzerland after Cristiano Ronaldo opened the scoring.

United were 1-0 up when French ref Francois Letexier waved away Ronaldo’s appeal after he was bundled over in the box.

“He shoves him with his arm and he’s one on one with the keeper but he probably didn’t do it as he’d have had to send him off and that’s sometimes what you get with young refs.”

Solskjaer also questioned Wan-Bissaka’s 35th-minute sending off for a challenge on Christopher Martins.

The Norwegian felt his right-back’s poor challenge stemmed from the ball skipping up on Bern’s astroturf pitch.

Solskjaer said: “It’s hard to argue against the referee but then he didn’t go through his ankle, he hit him on the top of his foot.

“But it was never reckless or malicious.

“Maybe it was inexperience to go through without the ball but the boy wasn’t going to be injured. And it makes it difficult after that with 10 men.

“That’s a little bit the astroturf, Aaron gets a touch that’s too far and he gets the ball but he follows through.

Solskjaer has now lost SEVEN of his 11 Champions League matches in charge of United.

Indiscipline cost them last season as they went out at the group stage.

And they shot themselves in the foot again last night through Wan-Bissaka’s red card and Lingard’s underhit backpass, which allowed Jordan Siebatcheu to score the winner.

Solskajer added: “Discipline is a huge part of the game.

“Lack of concentration, make mistakes and you get punished, you get done.

“We did that last year, we conceded two sloppy counter-attacks against Istanbul Basaksehir and lost this game in the last second.

“Jesse wants to play it safe and misplaces the pass, concedes the goal, that happens in football.

“Harry Hindsight is a very good player, if Jesse gets that chance again he turns, swivels and boots the ball the other way.

“Aaron’s normally a very, very astute tackler, one of the best in the world, so we know we’ve given ourselves a more difficult task now, we did last year when everyone thought we were through after two games.”

Ronaldo and Bruno Fernandes were both surprisingly subbed after 72 minutes with the scores level.

Solskjaer again blamed tiredness and the effect of the artificial surface in Switzerland.

Solskjaer explained: “The game had gone 70-odd minutes, they’ve both been running a lot Saturday and in this game, the AstroTurf takes its toll, we wanted Nemanja Matic’s experience and Jesse’s legs.

“Cristiano’s exceptional but we have to look after him and it felt like the right moment to take him off.” 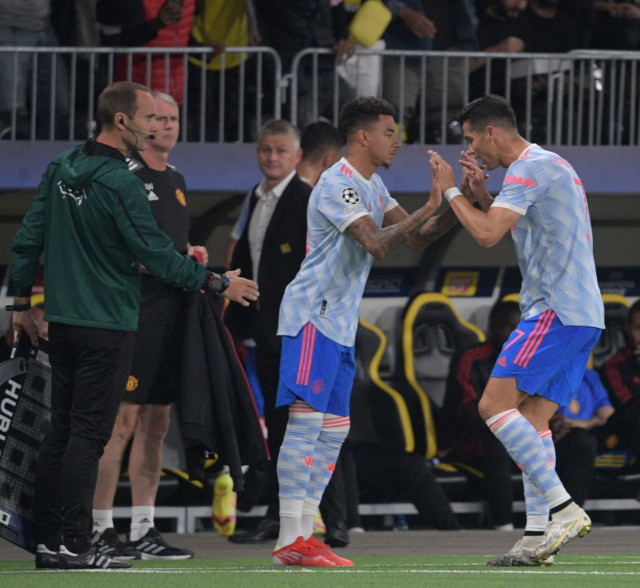 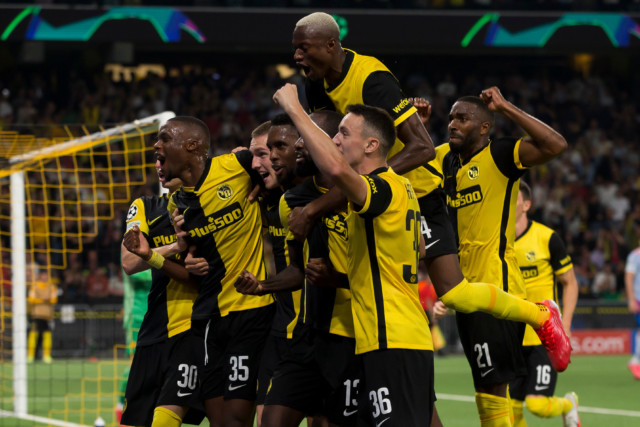