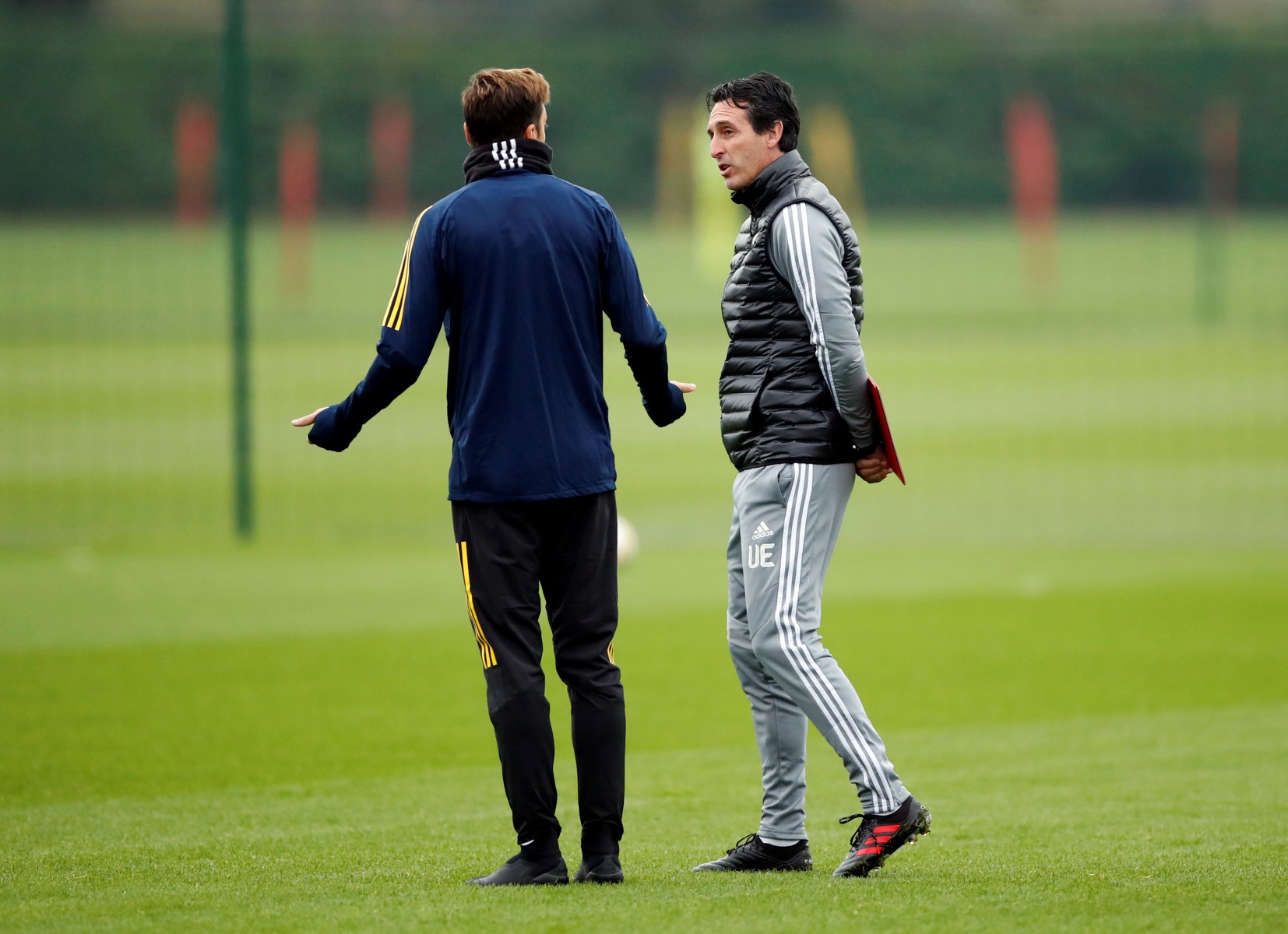 MESUT OZIL appeared to have a tense talk with Unai Emery at the training ground after he was dropped for the defeat to Sheffield United.

The German midfielder, 31, has been left out of Arsenal’s last four matchday squads after falling out of favour under the Spaniard.

And the pair seemed to have a heated chat at London Colney ahead of Thursday’s Europa League clash against Vitoria SC.

After they shook hands, the pair strolled away from the rest of the squad in order to continue their conversation in private.

Both kept a straight face until Dani Ceballos, Matteo Guendouzi and Robert Pires came over to shake hands with the gaffer.

Ozil has been frozen out of the squad by Emery this season after failing to live up to expectations in north London.

The Spanish manager has urged him to prove that he still deserves regular action in Arsenal’s first-team.

But the frustrated midfielder has insisted he has been made the scapegoat for Arsenal when they underachieve.

And he hit back at Emery and Raul Sanllehi’s claims that is not pushing himself hard enough in training.

The midfielder was signed by Arsene Wenger for a club record of 42.4million from Real Madrid in 2013.

And he wished his former manager a happy birthday on social media just 24 hours after he was dropped to the defeat to Sheffield United.

Advertisement. Scroll to continue reading.
In this article:arsenal, sheffield united