MESUT OZIL has leapt to the defence of Pierre-Emerick Aubameyang in the Arsenal captain’s row with Marco Reus.

On Thursday, Kroos slammed his former Borussia Dortmund team-mate for hiding a mask in his socks to use in celebrations. 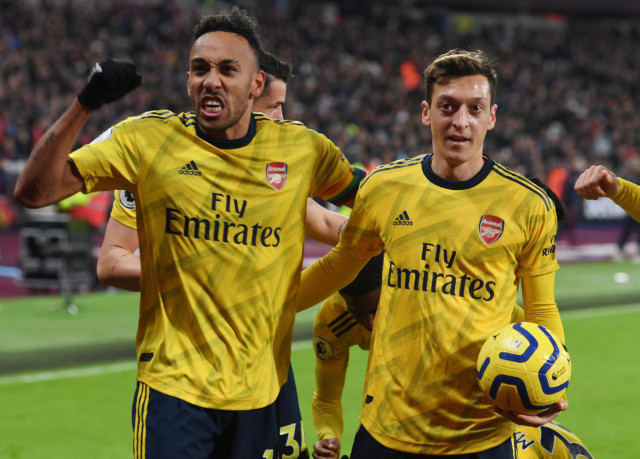 By the way
Does this @ToniKroos have Kids?
Just to remember i did it for my son few Times and i will do it again
I wish you have Kids one day and make them happy like this Junior School pupils Talk

Aubameyang famously donned Batman and Spider-Man masks – among others – during his days in Germany.

The Gunners skipper even threw on a Black Panther mask against Rennes in 2018-19.

But after Reus took aim at Aubameyang in an unprovoked attack, the Gabon star hit back at his old pal on Twitter – with Ozil now chiming in to support his captain.

Reus – who once joined in with one of Auba’s masked celebrations – initially said: “Aubameyang once celebrated and took out a mask.

“That’s where it ends with me. I don’t think that’s a good role model, either. What nonsense.”

Aubameyang replied on Twitter, sparking a war of words, writing: “Hmm i want to answer but First @ToniKroos i just want to be sure if it was really you?”

He followed that up with a thank you note from a child captioned with: “By the way. Does this @ToniKroos have Kids?

“Just to remember i did it for my son few Times and i will do it again.

THIS Toni Kroos has 3 Kids

Send @ToniKroos congratulations for his 3 Kids cordially your Batman and Robin https://t.co/JUOYPhuC0X

“I wish you have Kids one day and make them happy like this Junior School pupils Talk and don’t Forget.”

Reus replied, “THIS Toni Kroos has three kids” complete with a kiss emoji.

Aubameyang joked ‘cordial congratulations from your Batman and Robin’ – alongside a photo of the pair BOTH wearing masks.

And now Ozil has given his backing to Aubameyang.

Ozil hasn’t played alongside former international team-mate Reus for over two years after quitting Germany duty after accusing the national FA of racism.

At the time, the ex-Real Madrid believed he was hung out to dry after meeting controversial Turkey president Recep Erdogan before the 2018 World Cup. 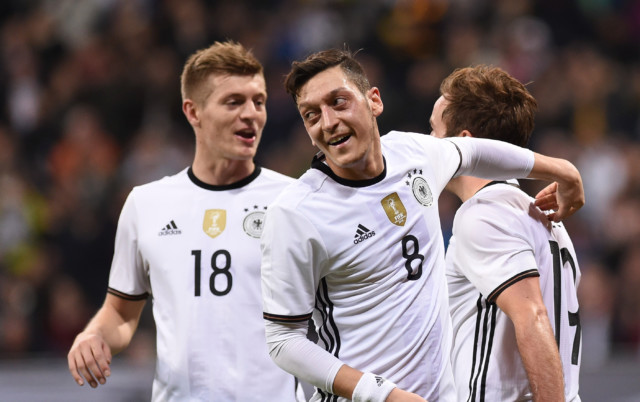 Ozil has Turkish heritage and was accused of endorsing Erdogan’s bid for re-election – but insists they only spoke about football.

The World Cup winner was booed in Germany’s warm-up games and flopped as the defending champions tumbled out of the group stage.

Ozil said: “It is with a heavy heart and after much consideration that because of recent events, I will no longer be playing for Germany at international level while I have this feeling of racism and disrespect.

“I used to wear the German shirt with such pride and excitement, but now I don’t.

“When high-ranking DFB officials treat me as they did, disrespect my Turkish roots and selfishly turn me into political propaganda, then enough is enough.

“This is not why I play football, and I will not sit back and do nothing about it. Racism should never, ever be accepted.”