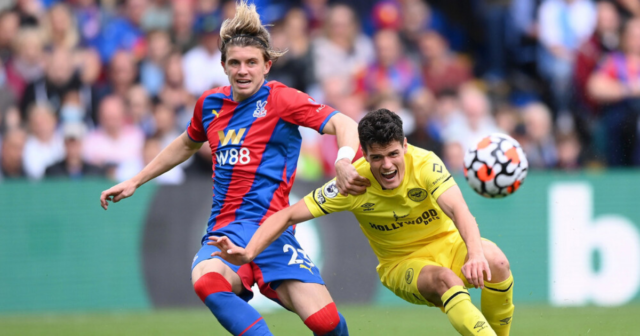 THE LAST time these two sides met here, the Beatles were top of the pop charts with I Want To Hold Your Hand.

Well, today at Selhurst Park was certainly not a case of Strawberry Fields, as Crystal Palace failed to break down the Prem new-boys.

This stalemate leaves the Eagles still searching for their first win – and their first goal – under new manager Patrick Vieira.

They had chances to break their duck in this derby but could have continued to play for eight days a week and still not found the net.

It was the first League meeting between these clubs since Palace beat the Bees 1-0 here in the old Third Division on January 11, 1964.

With Palace having lost eight key men this close season for whatever reason, it was never going to be an overnight fix for Vieira – and they have not been the only changes at the club.

Vieira was given a rousing reception from the home supporters, who also unveiled a banner before kick off proclaiming: As the soul of Palace returns the terraces come alive.

While bustling Brentford kicked off their season with a fully deserved 2-0 win at home to Arsenal last week, Palace were hardly given a kick of the ball in their 3-0 opening day defeat at Chelsea.

You always felt this fixture would be a more accurate gauge of this pair’s prospects for the coming campaign.

And the even opening exchanges set the tone with Palace’s on-loan Chelsea midfielder Conor Gallagher – ineligible to face his parent club last weekend – smacking a seventh-minute shot against the crossbar after Wilfried Zaha played him in.

Ivan Toney’s snap shot from outside the area then had home keeper Vicente Guaita scrambling across his line as it fizzed narrowly wide moments later.

Palace looked much better with Gallagher in their team and the swashbuckling star – on his fourth loan from Chelsea having previously enjoyed stints at Charlton, Swansea and West Brom – had another shot saved by Bees keeper David Raya.

Brentford remain undefeated in the Premier League after their promotion

Fellow Eagles new-boy Joachim Andersen – a £20million summer buy from Lyon – also became a favourite with the Holmesdale Fanatics when he earned a booking and a standing ovation for a reckless challenge on Bryan Mbeumo.

Although the Brentford striker almost exacted revenge by whipping in a free-kick against the bar before the break.

Mbeumo’s corner then found Toney unmarked in the centre of the six-yard box at the start of the second half.

But the frontman, who helped fire the visitors to promotion to the Prem with 31 goals in the Championship last term, fluffed his lines completely as his attempted header came off his shoulder and was comfortably punched away by Guaita. 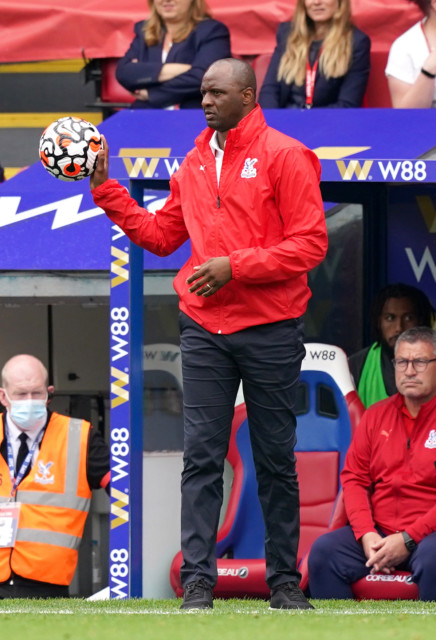 Christian Benteke, making his first start of the season for the Eagles, then nodded Joel Ward’s cross over the bar from close range.

When another Mbeumo corner found Toney again, the towering frontman at least managed to get a clean purchase on it but he failed to prevent it from flying over.

Talking of flying, Bees keeper Raya kept out James McArthur’s 20 yard shot with a spectacular one-handed tip away for a corner.

It was no more than the visitors and their manager Thomas Frank deserved for their approach.