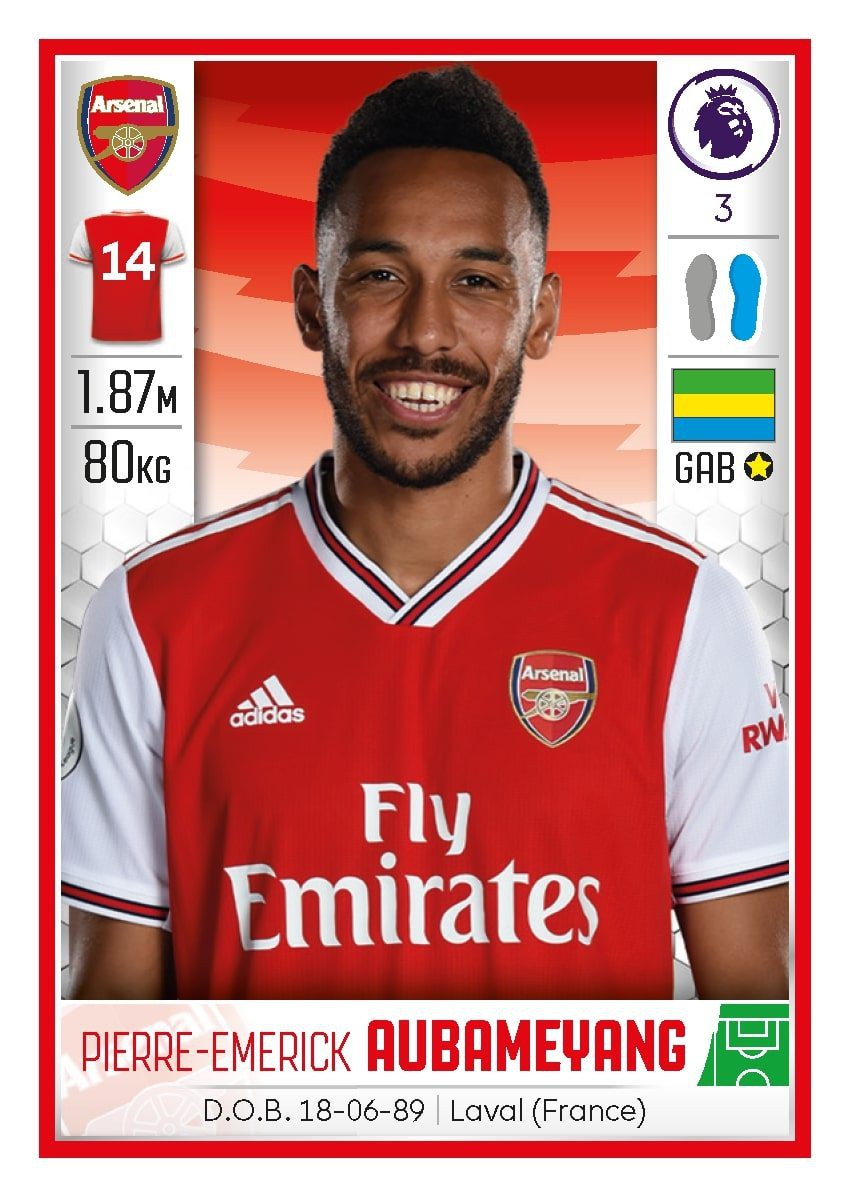 PANINI have won the rights for the Premier League’s official sticker album for the first time ever, beating Merlin to the punch.

And it’s being released just in time for Christmas – on Thursday December 12.

As the nation prepares to be swept up in sticker-collecting fever, we take a look at the most-sought-after stars from each team.

From Virgil van Dijk and Harry Kane to Daniel James and N’Golo Kante, here’s who you’ll be desperate to swap for…

Leading from the front, club captain Auba is lightning fast and a fan favourite among the Emirates faithful.

Hometown hero, Jack is living out his boyhood dream and his passion is evident with every touch he takes on the pitch.

Villa’s best player, it’s hard to see him missing out on an England call-up for much longer.

Prolific goalscorer Wilson proved his worth at the highest level when he was selected to play for England last year.

Get him at Bournemouth while you can, with the likes of Chelsea thought to be on the prowl.

The heartbeat of his team, centre back Dunk isnt just a defensive rock hes also a real threat in front of goal.

On the radar of Leicester this summer, Seagulls fans are thrilled to keep Dunk in their team – and on their page of the Panini book.

Pope’s seized his return to the first team, overcoming long-term injury to cement his place between the sticks.

An England squad regular, Pope has been key in some huge wins for the Turf Moor side this term.

The World Cup-winning French midfielder’s engine is tireless in the pursuit of more trophies for his team.

The first name on the Blues’ teamsheet – will he be the first in your sticker book?

Talisman Zaha is a stalwart at Selhurst Park and can never be underestimated on the pitch.

Another who could be on the way out of his club, grab him in an Eagles shirt while you still can.

A committed left-back whos not afraid to get into attacking positions, you can see why Digne was Evertons Player of the Season last year.

He’ll look to make it two in a row as the Toffess battle to avoid relegation in life after Marco Silva.

Vardy’s already gained hero status at the King Power stadium, and hes an early contender for this seasons Golden Boot.

He’s now scored in eight games in a row in pursuit of breaking his own record of 11.

Reds fans would argue that the Dutch defender is peerless in the steel and style he shows on the pitch… and few could disagree.

Unlucky not to win the Ballon d’Or this month, at the expense of Lionel Messi, VVD will hope to add a Premier League crown to his Champions League title.

In a team of stars, KDB’s long-range shooting ability and gloriously silky passing skills make him a stand-out player.

The Belgian will be the star man to grab on the City spread.

Blistering pace make Welsh winger James a wizard in midfield, and his form this season has been a complete revelation.

One of two Longstaff brothers in the squad, Sean is a homegrown talent and already a Tyneside favourite.

He’s made a difference at crucial points in games this season having stayed at the club amidst interest from Man Utd in the summer.

Bursting onto the Premier League scene this season, the Finnish striker is always a threat in the box.

He’ll be hoping to recapture the form that saw him storm up the Golden Boot ranks early doors as the Canaries fight to avoid the drop.

Henderson’s steady performances in goal have made the transition to the Premier League that bit smoother for his Blades teammates.

The Man Utd loanee has already been called into England’s senior set-up this season thanks to his solid form.

Wing wizard Redmond makes his presence known in all areas of the pitch – and loves charging forward.

Saints will need every ounce of his energy as they battle to stay in the top-flight.

Goal-machine Kane is thrilling to watch, terrifying to play against, and a true star of Paninis Football 2020.

The England captain, this will be one of any football fan’s most-prized stickers.

The skills of the Hornets Spanish maestro are an absolute joy to watch.

A towering talent at the heart of the East London sides defence, Diop offers aerial presence and real leadership at the back.

The Mexican hotshot is the figurehead of a Wolves side striving for both domestic and European success.

*The stickers will be available in packs of five stickers as standard (RPP 70p), and a starter pack (RRP 3.99) will be also be available, which includes: 25 stickers and a sticker album!

The stickers are available from all good retailers. To find out more about the Panini 2019/20 Premier League sticker collection, head to the website.