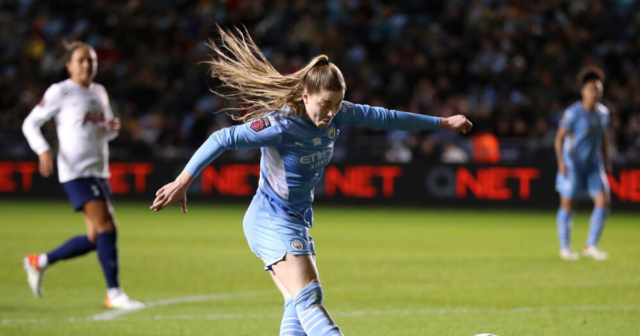 JESS PARK had football fans raving about the classy strike that helped set Manchester City on their way to their fourth league cup final.

And the WSL starlet, who has been reflecting on her journey and being inspired by Phil Foden’s, hopes for more of the same against Chelsea later.

A win for the visitors could widen the race for top three with club boss Gareth Taylor suggesting a late chase for the title could be a possibility.

A victory would also underline a comeback from the hardest start the team have faced in the WSL.

Park, 20, said: “We’ve done really well to keep going through all the tough times that we had. It just shows our character that we’ve stuck to the way we play.

“And the manager has backed us constantly throughout. Just sticking together has got us through.

“The league (title) is something we’re still fighting for. It’s not out of sight and so we’ll keep fighting as you never know.”

At the age of six, Park’s flair with a ball at her feet caught the attention of her best friend’s father, who managed Elloughton Blackburn Swifts, a boys’ team she would play for.

And at 16 Park, who grew up Brough, East Yorkshire, made an Academy Stadium move after being scouted at a football training centre in York.

It was a decision that paid off for the winger who juggled college studies with training at Man City’s academy and with their first team.

The England youth international added: “I was on a scholarship at college and then training and attending match days.

“But because I wasn’t getting much playing time, I still played with the academy on occasions.

“And the difficult moment was that bit in between where I was with the first team and then had to run across and play with the academy.

“I had to be able to keep focusing and doing what I do for both teams with the understanding that maybe I’m not going to play as many minutes as I want to.

“The hardest bit is working hard every day and not playing.

“But then you remember you’re young, you’ve got a lot of time and if you get things right on the training field, things will open up and there’ll be opportunities to take.”

Park has certainly taken her chances in her nine WSL appearances this term.

On Thursday she scored her first goal since October – evading her marker with a drop of her shoulder – in a 3-0 trouncing of Tottenham in the Continental Tyres Cup semis.

And that moment prompted questions as to whether a Lionesses call-up may be due with England set to take on Canada, Spain and Germany in The Arnold Cup.

While Park admits this would be ‘a dream’, the WSL starlet is keeping her feet firmly on the ground.

The forward, who scored 12 times for England’s Under 19s, added: “That’s what I’m aspiring to and there are (international) competitions coming up.

“But for now, I’ll keep playing my football, working hard on and off the pitch, and that (chance) will come.”

Regarded as one of City’s brightest prospects, Park is taking inspiration from the progress of Phil Foden, 21, and his journey from City’s youth sides to their men’s first team.

The Academy Stadium ace, who grew up supporting the Citizens, met the Three Lions playmaker during a trophy parade for the club’s Prem and WSL teams.

Park said: “I spoke to Foden a little bit and he’s just a great player to look at in terms of how he’s, come through the academy.

“He’s young, he’s playing a lot of minutes and thriving and scoring goals and providing assists.

“I kind of relate to him a little bit and watch what he does to learn from him.

“The way he plays and the energy he gives on the field is something I like to mimic.” 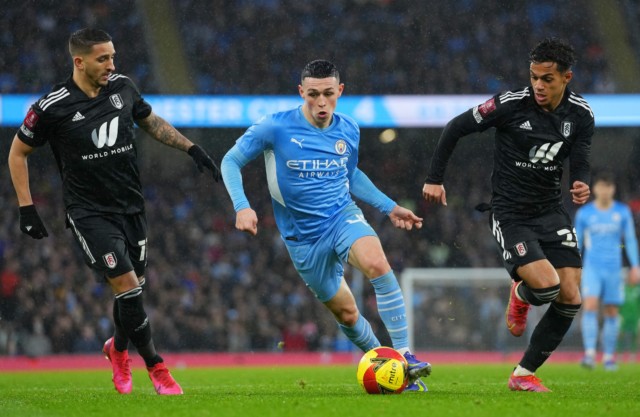 Despite Park and her team-mates being five points behind Chelsea who have a game in hand, Emma Hayes is refusing to discount a late City title charge

Hayes, 44, said: “The pendulum can swing really quickly, this is a six-point game.

“If they win the pendulum swings in another direction but next weekend will have a much bigger impact and give clarity of the positions.”