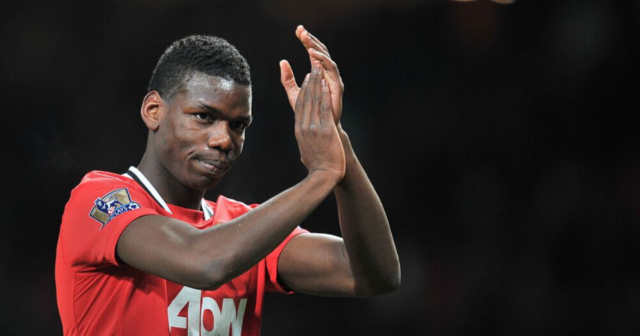 But Pogba departed after a lack of first team football, which led to his brothers claiming Sir Alex Ferguson did ‘respect’ the midfielder.

Evra accuses Paul’s brothers Mathias and Florentin of making the claims after full-back Rafael was picked in midfield above Paul in a game against Blackburn.

United legend Evra said, as quoted by the Times: “The boss then asked me to see Paul at his home in Sale, and I was there for three hours as I explained to his mother how Paul could be to Manchester United what Patrick Vieira was to Arsenal.

“I told Paul’s family that I would protect him, that United was the best place for his development. They were listening but Paul said nothing, merely looking lost.

“Paul’s brothers stepped up and said, ‘Ferguson doesn’t respect my brother; even when there were injuries he played Rafael in midfield against Blackburn.’”

Despite Fergie asking him to try and convince Pogba to stay, Evra claims things were made difficult after he switched agents to the controversial Mino Raiola.

“I replied, ‘You are making a big mistake, Paul. I respect your decision and it’s your life, but you have worked hard to get the respect of the senior players.

‘I’m not talking about the fans or the manager, but to win that from the players means you’re special.’

“When Paul switched to the agent Mino Raiola things went from bad to worse with Sir Alex Ferguson. They had a meeting and it was a disaster.

“Ferguson told me that Raiola asked for too much and didn’t even know if Pogba was left or right-footed, yet Raiola had simply replied with, ‘I know his value.’”

In the end Pogba swapped Manchester for Turin in August 2012 on a free transfer.

He spent four trophy-laden seasons in Serie A before returning to Old Trafford in 2016 in an £89million deal.

Pogba won the Serie A title in each of his four campaigns with Juve, and also won the Italian Cup and Italian Super Cup twice.

Since re-joining the Red Devils he’s won the League Cup and Europa League – both under Jose Mourinho in 2017.

But with his contract expiring at the end of this season the 2018 World Cup winner has been linked with another move away.

Real Madrid has been touted as a possible destination, as has ANOTHER move to Juventus.