Paul Pogba ‘makes Man Utd U-turn and wants to STAY and sign new £400,000-a-week deal instead of transfer away’
Advertisement 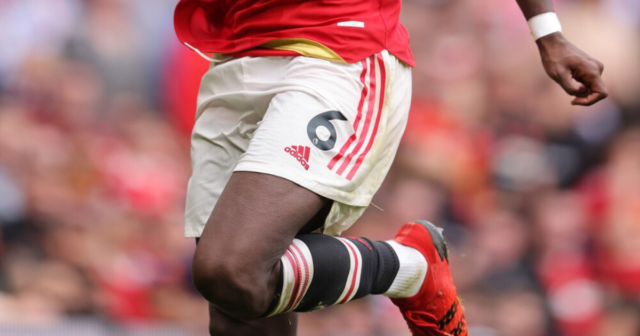 PAUL POGBA wants to stay at Manchester United and sign a new long-term £400,000-a-week deal, according to reports.

The Frenchman is in the last year of his Old Trafford contract and would be free to talk with other clubs in January.

Real Madrid, Paris Saint-Germain, Juventus and Barcelona have all been linked with the 28-year-old.

But his preference is to stay and sign a bumper new deal, according to L’Equipe.

The 87-cap France international is said to have told those closest to him he expects to become one of the Premier League’s highest paid players.

His team-mate Cristiano Ronaldo is the league’s top earner on a staggering £480k-a-week.

United bosses are desperate to avoid having a circus drag out into the second half of the season which could overshadow a potential challenge for trophies by Ole Gunnar Solskjaer’s side.

They have been in regular conversation with agent Mino Raiola in an attempt to thrash out terms on a new contract.

And over the past couple of months it is understood United have grown increasingly confident they will be able to tie the former Juventus man down for the majority of the rest of his career in peak fitness.

They are aware there is interest from other big clubs on the continent to land the French World Cup winner.

But it is believed Pogba welcomed United’s capture of Jadon Sancho, Raphael Varane and Ronaldo.

Central to his thoughts is playing in a team he feels can genuinely compete for major honours.

And United’s recent signings have gone a long way to showing Pogba they mean business.

Pogba has provided seven assists in nine games so far this season.