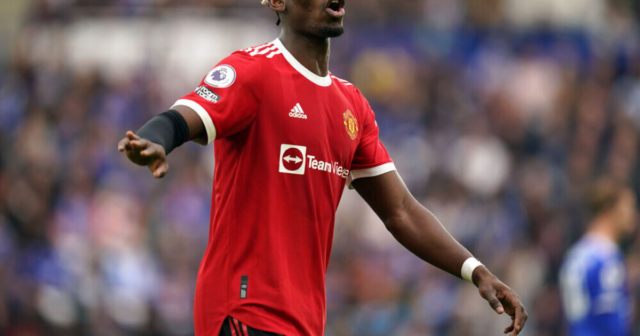 PAUL POGBA is open to staying at Manchester United – if Ralf Rangnick remains as boss.

The midfielder has been so impressed with the new Red Devils manager during a number of talks with him that he is ready to make u-turn rather than leave the club on a free in the summer.

France World Cup winner Pogba is yet to play for Rangnick due to a thigh injury picked up on international duty at the start of November.

But the manager’s vision of the future and the part Pogba can play in it at United has won over the player.

Former managers Jose Mourinho and Ole Gunnar Solskjaer could not find the key to unlock Pogba’s best form for the Red Devils in the seasons following his then world record £89million move from Juventus in 2016.

Now Rangnick has started to convince the four-time Serie A winner that he can build a midfield and indeed a team around him.

Rangnick also believes Pogba could prove a galvanising force behind the scenes.

A number of cliques have started to develop in the squad but Pogba remains popular with all his teammates and he would be inspired by this new leadership role.

The 28-year-old is due to return to action for United on Thursday February 8th for the trip to Turf Moor to face Burnley in the Premier League.

For now he just wants to get playing again.

Both the player and club had long since shelved any negotiations over a new contract.

The club have gone tired of the ongoing Pogba saga and resigned themselves to allowing his deal to run out in the summer when he can leave on a free.

Still, both sides could yet be brought back together if Pogba can enjoy a good last four months of the season and clicks with Rangnick as he now believes he can.

Then for him it will be about whether Rangnick stays on as manager.

Sunsport exclusively revealed this week that the club hierarchy had put their search for a new boss on hold, so impressed have they been with the way Rangnick has steadied the ship at Old Trafford.

Rangnick himself has always had his eye on continuing as boss beyond this season rather than taking on the two-year consultancy role that was agreed when he was made interim boss in the wake of Solskjaer’s sacking.