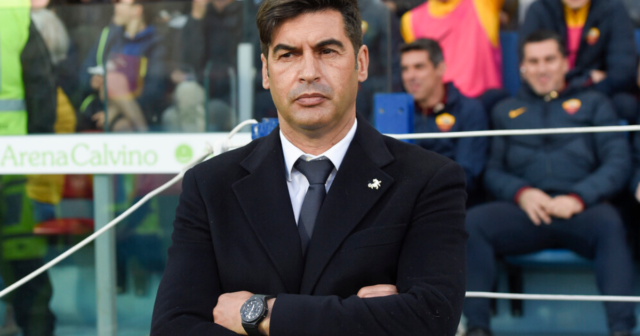 PAULO FONSECA is set to be appointed Newcastle boss after Frank Lampard pulled out of the running, according to reports.

The former Roma manager, 48, is itching for a Premier League move after narrowly missing out on the Tottenham job in the summer.

Newcastle are on the hunt for a new boss after sacking Steve Bruce earlier this week.

According to the Mirror, the path has now cleared for Fonseca to land the position.

They claim that the Portuguese is a favourite of Amanda Staveley, who is poised to offer him a £6m-a-year contract at St James’ Park.

The 43-year-old is available, having been out of work since being axed at Stamford Bridge in January.

But he has pulled out of the running amid concerns over the club’s perilous position in a relegation battle.

Fonseca is said to have impressed Newcastle chiefs with his short-term and long-term visions for how the Toon will play.

And he is ready to leave his family home in Rome to base himself in the North East of England.

Graeme Jones will take charge of the next two games as talks go on, starting with today’s trip to Crystal Palace.

The Magpies are winless in eight games so far this season, and sit 19th in the Premier League table.