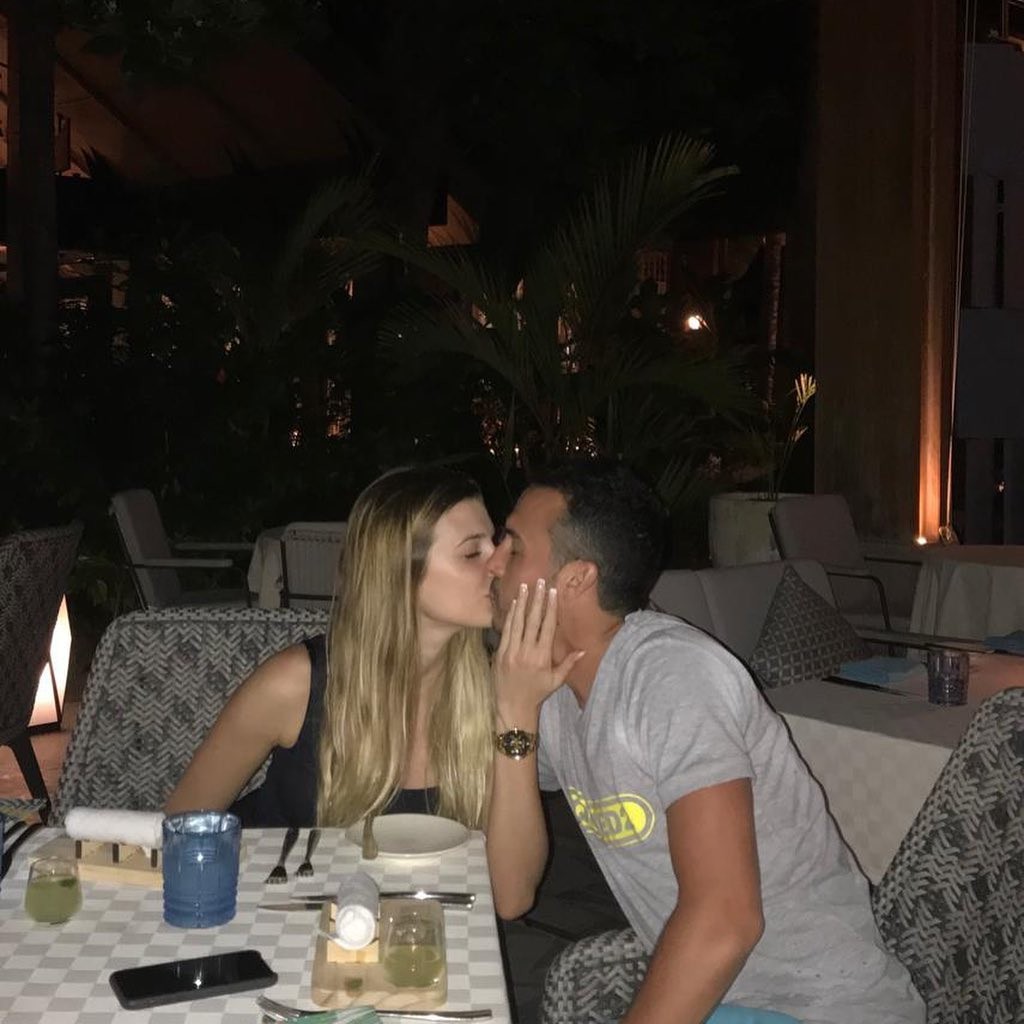 CHELSEA are in the midst of a fortnight off from Premier League action… and winger Pedro is making the most of it.

The 32-year-old has posted snaps of himself with a stunning blonde as he enjoys his time off.

The Spaniard hasn’t been a key player on the pitch this year at Stamford Bridge, but it doesn’t appear to have dented his confidence.

Just hours after making a rare Premier League start against Leicester at the weekend, Pedro was pictured partying in the VIP area of a Barcelona nightclub.

The Prem star beamed ear-to-ear as he showed off his six-pack to a gorgeous mystery blonde on the dance-floor.

And the pair appear to be an item, with the Blues attacker posting snaps of them looking cosy together on holiday.

In one picture, posted to his Instagram, the couple are sat hand-in-hand as they grin towards the camera.

And in another, the duo lock lips in the deserted-looking restaurant.

But, having married in June 2015, the pair split and have now divorced.

She was regularly seen at his games when he played at the Camp Nou and was pictured getting emotional at Pedro’s Barcelona leaving press conference.

But the former Barca star appears to have now firmly moved on as he enjoys his time off.

His Chelsea contract expires at the end of the season and having only featured six times in the Premier League this season, it appears Pedro will soon be on the move again.