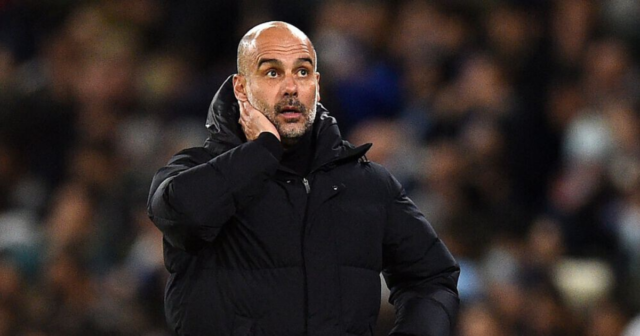 PEP GUARDIOLA has given a tantalising hint that he may one day like to fill Gareth Southgate’s boots as England boss.

Guardiola has long admitted the idea of becoming a national boss some time in the future does appeal.

However, there is no suggestion of him leaving Manchester City any time soon.

Yet when that day does arrive, the Three Lions job would hold more appeal than most for the successful Etihad boss.

Guardiola has two years left on his City deal.

Meanwhile, Southgate has just signed an extension until 2024 as England gaffer.

The 50-year-old Spaniard said: “Gareth is doing an incredible job and has just signed a new contract, so congratulations.

“I’m not here to take a position from him. Reaching the semi-finals of the last World Cup is a huge success for English football.

“But when I finish here, it would be a pleasure to live a World Cup or Euros. I would like that but normally it is not easy because there are so few positions.

“I would like it to happen but if it doesn’t I will train a club. And in England, always I will be Man City.

“I don’t think I will train another club here apart from this one.

“As long as my energy and love for what I am doing is here, then I don’t know what’s going to happen.

“Years ago, I never thought I would be the Manchester City trainer and that I would be here for six seasons. Never.

“So life dictates your future and we will see what happens.”