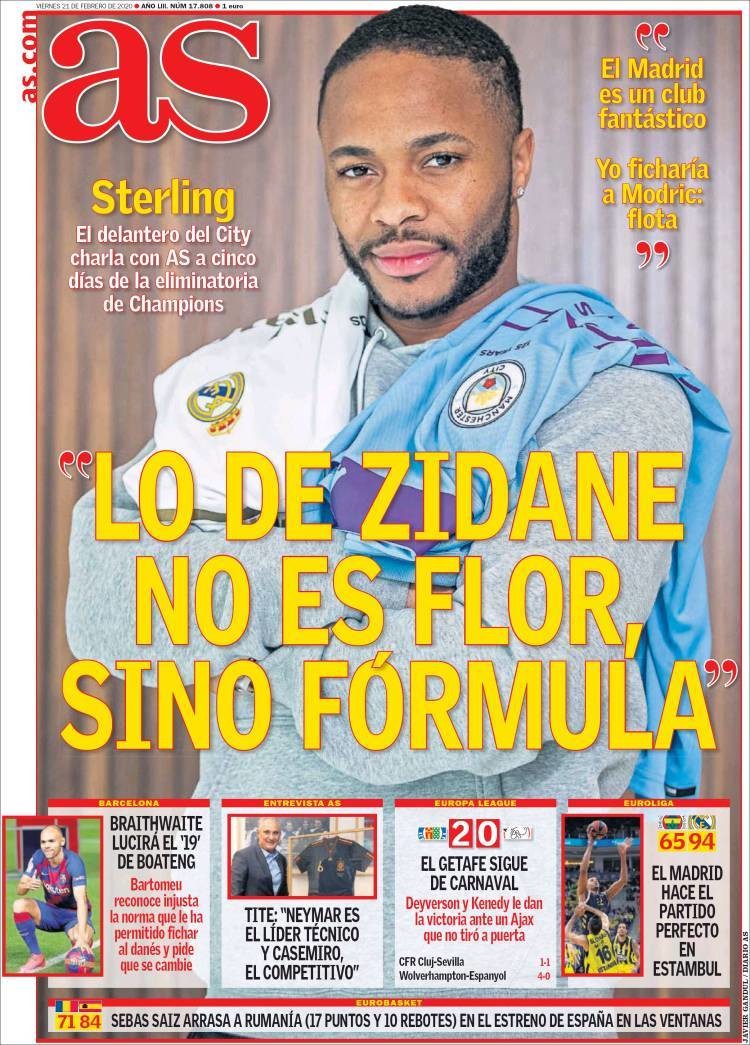 PEP GUARDIOLA says he has no problem with Raheem Sterlings wish to play for Real Madrid one day.

The Manchester City ace did an interview with the Spanish media this week admitting a move to the Bernabeu would appeal in the future.

The timing was interesting given that the two clubs go head to head in a Champions League last 16 tie next week.

And in addition it came just a few days after City were handed a two-year ban from UEFA for serious breaches of financial fair play.

But Guardiola said: The players are free to talk and say what they think, we are not here to tell them what they have to say.

Its normal if you do an interview with the Madrid media to spoke about Madrid, thats normal.

News of Citys potential ban has led to suggestions that Sterling and other big stars could be off.

But Guardiola said: Im completely sure the commitment of our players, its about what theyve shown for many years, nothing changes.

At the end of the season nobody knows what is going to happen. We will be calm and decide what we want but for the next three months the commitment will be incredible.

Sterling is back in full training after suffering a hamstring injury three weeks ago but Saturday’s trip to Leicester could come too soon.

The game in the Bernabeu four days later looks a more realistic target with Guardiola saying: Raheem is at the last stage. He is getting better.

Guardiola also believes City’s achievements under him should not be tarnished by their European ban.

He was asked whether he is concerned that their recent achievements such as winning five of the last six domestic trophies have been overshadowed.

He said: I cannot change that, I know how hard we work and Im so proud of what weve done this years together.

I have a different opinion. Nobody has helped us outside, we did an incredible job day by day, game by game and nothing will change the opinion.

I repeat the same, this is not finished, its not over, we appeal and we see what happens.