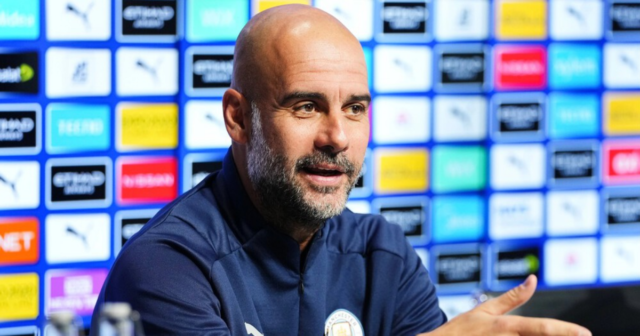 The MLS club are part of the City Football Group.

Guardiola, who could leave Eastlands in the near future, has stated he cannot see himself at another Premier League club.

And plans are being prepared to take the Spaniard, 50, to the Big Apple, according to 90min.

The City boss could be keen on the move after spending a year in New York on sabbatical after his Barcelona exit.

Last month Guardiola praised NYCFC and the work the club has done to promote football in the city, such as its mini-pitch project.

He said: “I’ve spent a lot of time in New York City during my career.

“It’s a city I love deeply and over the years, I’ve been lucky enough to see first-hand New Yorkers’ passion for football.

“Young people want to play and need a place to play.

“The fact that there are now 50 new football pitches throughout New York City because of NYCFC and our group is amazing and will make a big difference in the lives of young people.

“I have said it for many years, I believe there is an incredibly bright future for football in the U.S. and amazing projects like this one will play a part in helping to produce the next generation of young American talent.

“All over the world, I’ve seen how football can change lives; it brings people together like no other sport – and I’m very proud that our Group has played a part in using our sport to bring people together and give young people more places to play the game we love here in Manchester and around the world.”