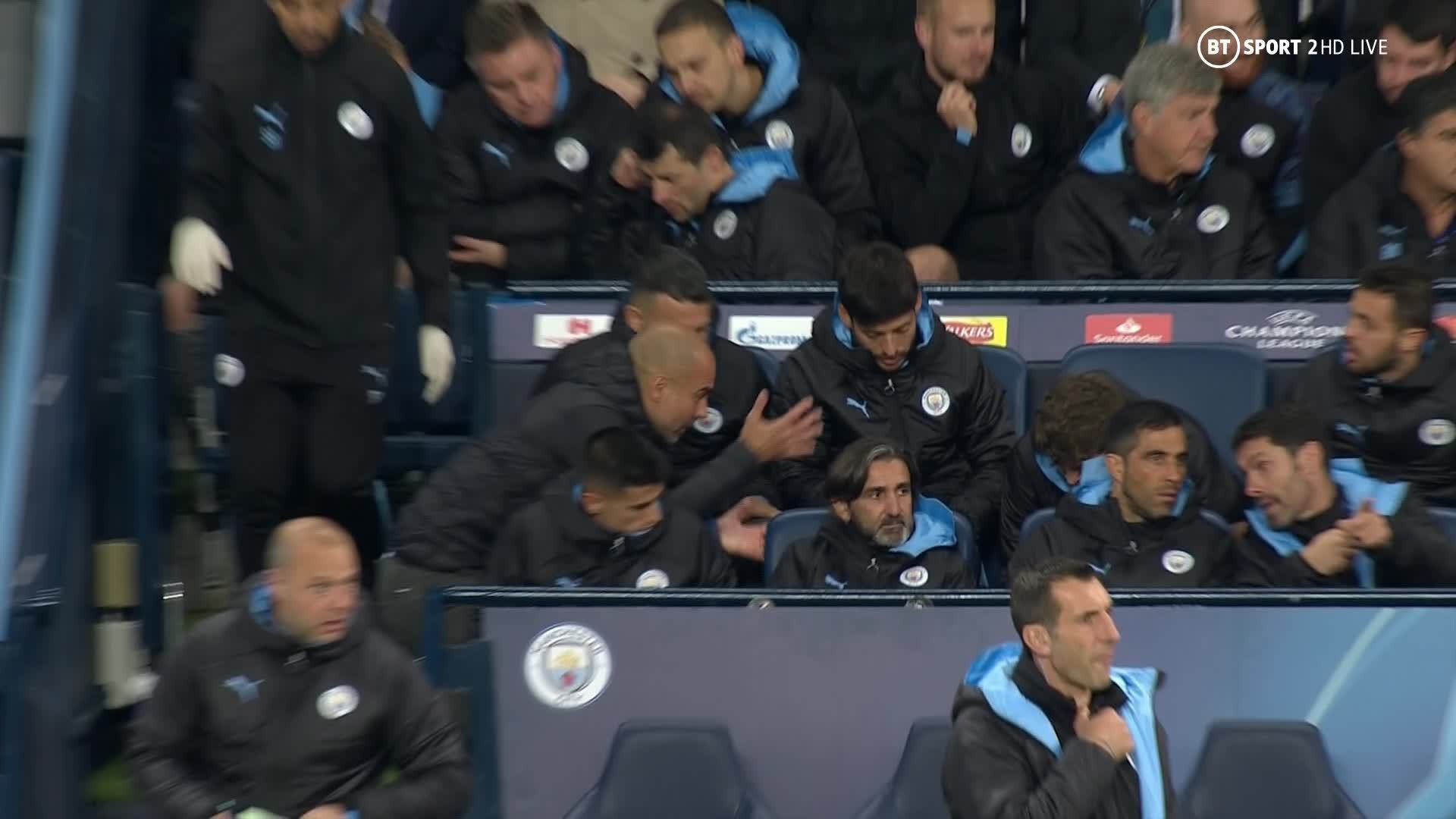 PEP GUARDIOLA slammed his seat in anger as he ripped into John Stones for not being ready to replace Rodri during the clash with Atalanta.

Manchester City’s record summer signing hobbled off the pitch in the first half of the Champions League after he appeared to injure his hamstring.

But the substitution appeared to take Stones by surprise after he started the match on the sidelines.

The 25-year-old – who has a black eye from this weekend’s clash against Crystal Palace – took his time to get ready.

As he pulled up his socks on the bench, Guardiola aggressively slammed the top of one of his seats.

The Manchester City boss gave him a verbal lashing before he was sent on for the final five minutes of the half.

Stones later said: “I had them on but I had to fix them up properly.

“Time is of the essence and thats what he wanted.”

After the incident, one Twitter user said: “Guardiola goes absolutely raging at John Stones for not being ready to come on.”

While another added: “John Stones felt the full force of the Guardiola hairdryer.”

After the sub, City’s Twitter page wrote: “Stones on for Rodrigo as his night ends early after he appears to have picked up an injury. Hope he’s okay.”

City were winning the match 2-1 at the time despite Ruslan Malinovskiy giving the visitors an unexpected lead.

Sergio Aguero scored twice in quick succession to regain control for Guardiola’s side.

In this article:crystal palace, manchester city