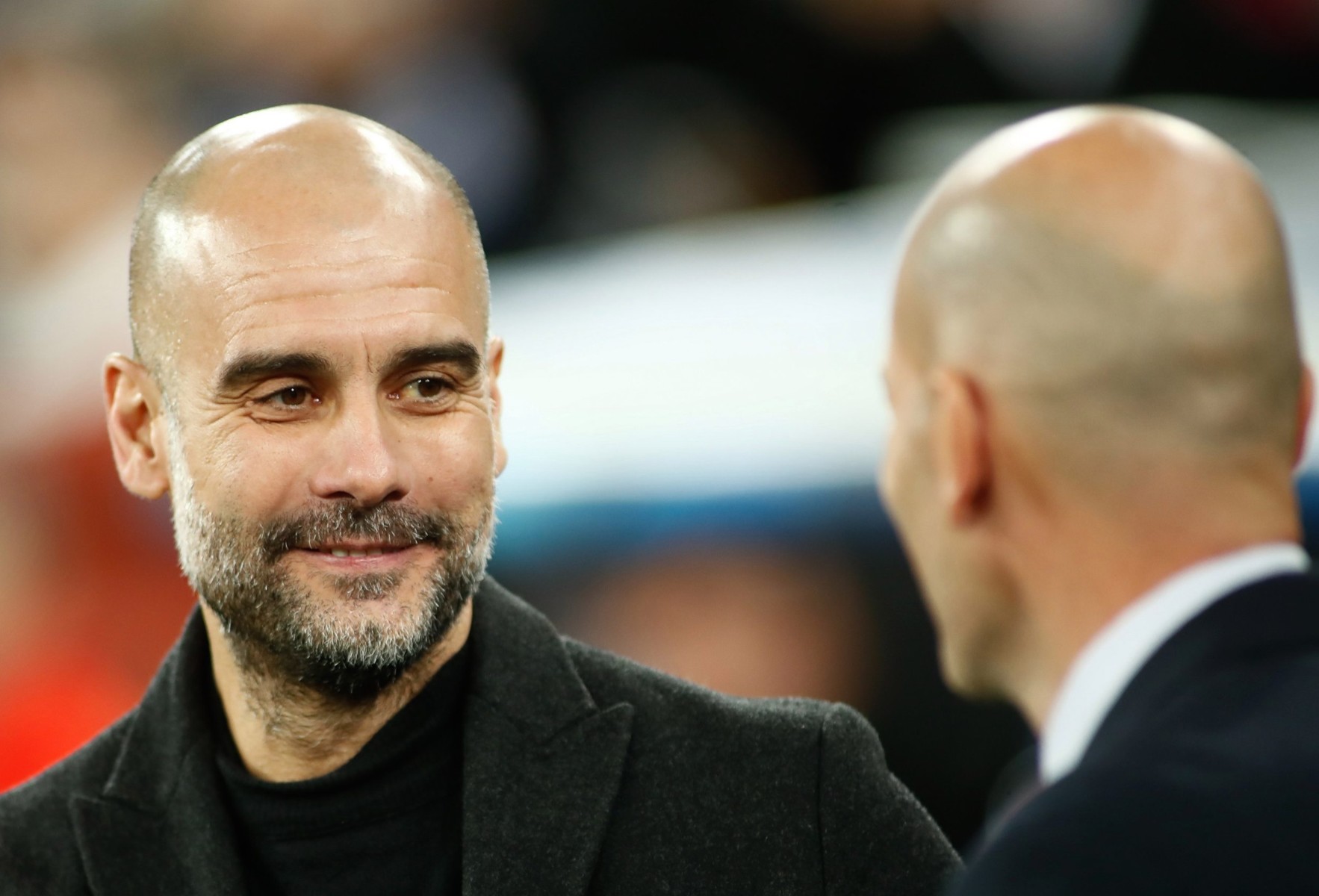 On the day Manchester City lodged an appeal over their two-year European ban, Kevin De Bruyne stroked home a late penalty to seal arguably the greatest result of their nine years in the Champions League.

Guardiola sprung a surprise by leaving out Raheem Sterling, Sergio Aguero and David Silva while playing De Bruyne as a false nine.

And it worked wonders at the Bernabeu as his men stormed back from a goal down to beat the 13-time winners Citys first-ever win over Real.

Boss Guardiola stressed: I have to know my opponents.

We had ten free days and in those days I watched so many Real Madrid matches. Im so proud of my players but its just the first part.

If one club can overcome this situation, its them but its a good result.

The Belgian, who also set up Gabriel Jesus leveller, said: In four years with Pep, he sometimes surprises.

Sometimes players arent told until the game what we need to do.

There were some good and some lesser moments. In a quality game like this, youll struggle sometimes.

Were only halfway there. We have an important game at home in three weeks.

Now we have to recover for Sundays Carabao Cup final.

Guardiola admitted Citys ban for breaching Financial Fair Play rules has been tough for everyone at the club.

He said: I have to be honest, its not easy for our club but, like I said this week, Im so confident.

All the team can do is play good and win games. Hopefully the board, the lawyers can convince Uefa we didnt do wrong things, only nice things.

Former City target Isco gave Madrid the lead after a defensive mix-up and for a while Guardiolas men were on the back foot.

But KDB hung up a cross for Jesus to equalise, then slammed home the penalty after sub Sterling was brought down.

There was more good news for City on a dramatic night as Madrid skipper Sergio Ramos saw red for hauling down Jesus late on and he will miss the return leg on March 17.

Real coach Zidane admitted: Its a bad night. We know what we need to do. We are Real Madrid and we can do it.

Meanwhile, the Court of Arbitration for Sport said there is no timescale on when they will hear Citys appeal.

A CAS statement read: The Court of Arbitration for Sport has registered an appeal filed by Manchester City against Uefa.

It is not possible to indicate at this time when a final award in this matter will be issued.

CAS could uphold or overturn the ban completely or reduce it to a year instead.

Alternatively, they could send the case back to Uefa and recommend a different punishment, which could be a fine instead.