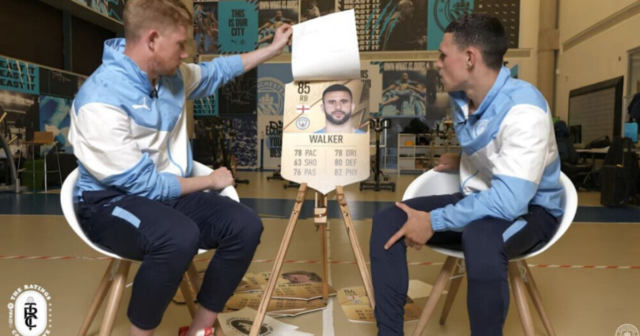 Foden, 21, and team-mate Kevin De Bruyne, 30, were tasked with guessing their team-mates FIFA 22 player cards based on ratings alone. 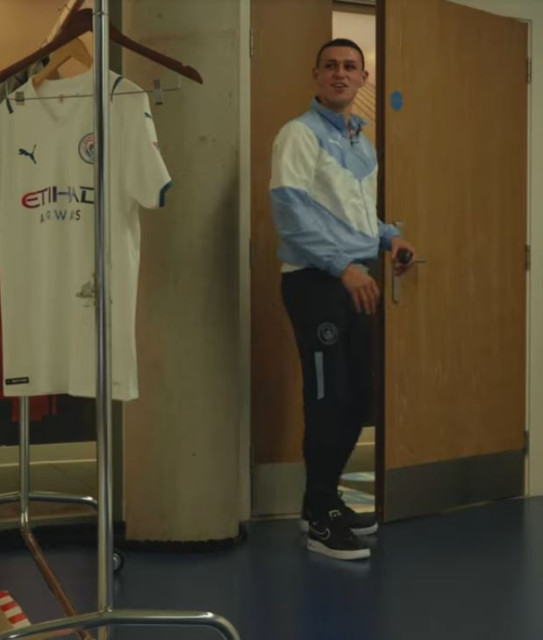 He could not believe the England right-back had been given a pace rating of just 78.

Quite right too, as it was a prank card intended to provoke a reaction from the pair.

De Bruyne instantly knew something was up as he suggested Walker is “the quickest person in the world”.

He gave the card a bemused look and immediately said: “That’s a fake one”.

Meanwhile, Foden was heading off the set – such was his disbelief.

Moments later the real Walker card was unveiled, revealing his true pace of 92, which both Foden and De Bruyne agreed was more accurate.

Earlier in the video De Bruyne correctly guessed Foden’s card based on his 87 dribbling and 84 passing – but Foden did not believe it.

He was shocked his dribbling was rated so highly but was pleasantly surprised after he was rated 79 overall in FIFA 21.

The England star is now rated 84, which has rattled Manchester United fans as it means he is rated six points higher than Mason Greenwood.

Another surprise for United supporters is the fact Cristiano Ronaldo is not inside the top two highest-rated players – Lionel Messi and Robert Lewandowski take those spots.

Did you miss our previous article…
https://www.sportingexcitement.com/football/premier-league/ex-chelsea-keeper-jamal-blackman-moves-to-los-angeles-fc-on-free-transfer-after-he-is-released-from-blues