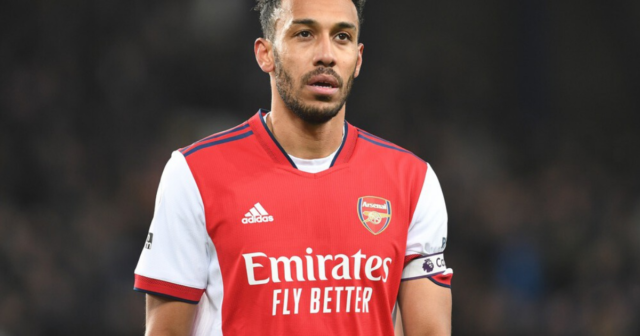 The axed Gunners skipper, 32, looks set to depart the Emirates before the winter transfer window slams shut on Monday.

Aubameyang hasn’t featured for the North London outfit since December after falling out of favour under Mikel Arteta due to disciplinary issues.

Saudi Arabian clubs Al Hilal and Al Nassr are both claimed to have loan offers on the table for the Gabon international.

Meanwhile the ex-Borussia Dortmund marksman is attracting interest from six European clubs who are willing to keep him on the continent.

Two of those teams – Juve and Barce – have reportedly submitted formal approaches to take the 2020 FA Cup winner on loan until the end of the season.

But Pennant, who featured 26 times for Arsenal between 1999-2005, believes Aubameyang should snub a transfer abroad and remain in the Premier League.

The ex-Liverpool winger has stated that Aubameyang should seal a switch to struggling Everton, who are in dire needs of goals up top.

He told BestofBets.com: “Although Pierre is a great footballer, something really bad obviously happened at Arsenal – serious enough to strip his of captaincy – and this may work as a deterrent for some clubs.

“But… there will be some teams out there, such as Everton, who require a big name striker to help them.

“So, that can play in his favour, because he’s a big name, and he can score goals.

“So, it might not be a top, top-tier team, but middle-tier, and he shouldn’t find a problem there, regardless of what’s gone on at Arsenal.

“If he comes out saying, ‘I just wanna play, I just want to prove, I want to get back into things,’ they should take him.

“And considering the problems Everton are faced with at the moment, Pierre-Emerick could be just what they need to help them out of relegation fears.”