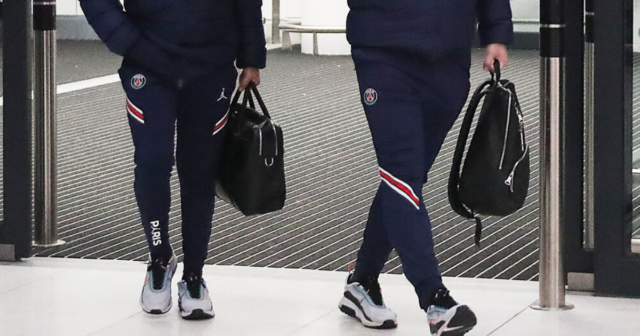 PSG boss Mauricio Pochettino and his star-studded squad flew back to France following their Champions League defeat to Manchester City.

Second half goals from Raheem Sterling and Gabriel Jesus handed Pep Guardiola’s side a 2-1 victory over the Ligue 1 leaders as they booked their place in the last 16 as group winners. 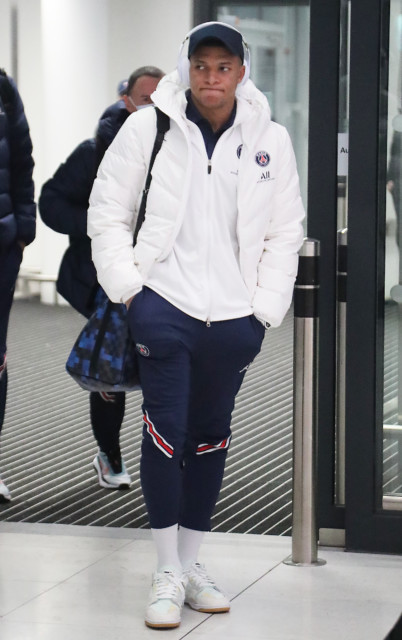 Mbappe was one of the PSG player snapped at the airport 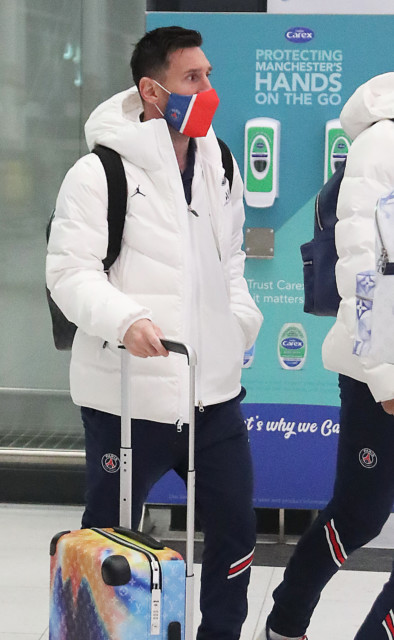 Messi also boarded the flight after a disappointing trip to Manchester

Pochettino was visiting Manchester for the first time since being heavily linked as the long-term successor to Ole Gunnar Solskjaer at Old Trafford.

But the Argentine did not entertain any form of speculation at the airport as he signed an autograph before boarding the plane back to the French capital.

Scorer Kylian Mbappe, Lionel Messi, Neymar and Sergio Ramos were all in attendance for the flight home as they wore disappointed looks following the defeat.

The loss leaves PSG four points behind Man City with just one round of Champions League fixtures remaining.

It means they are set to receive a difficult tie in the last 16 as they will be drawn against one of the eight group winners.

Meanwhile, rumours continue to swirl around Pochettino’s future at the club as talk of a Man Utd move ramps up. 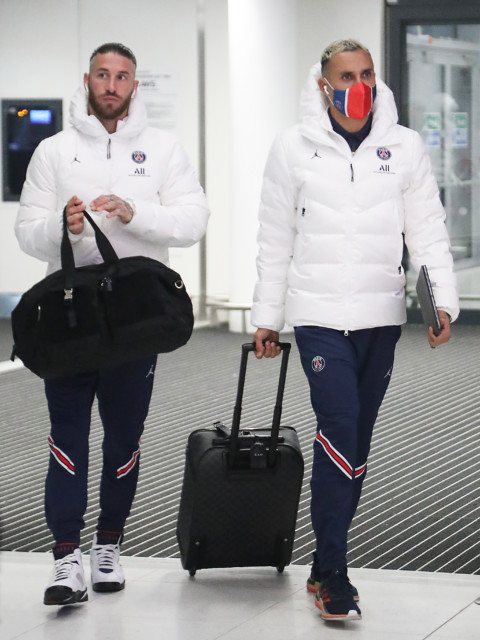 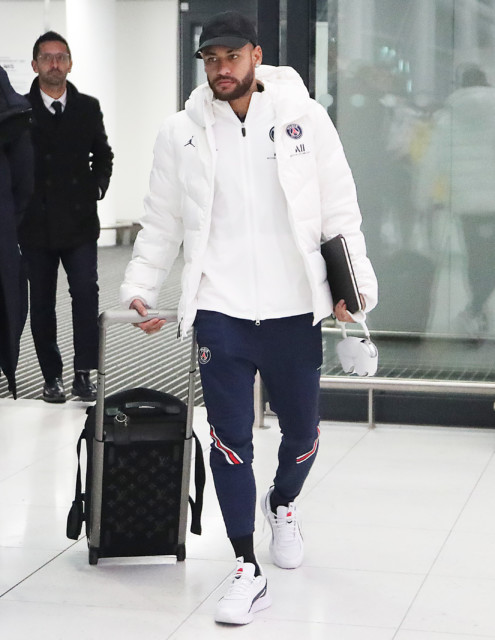 Neymar looked totally dejected as he boarded the plane home 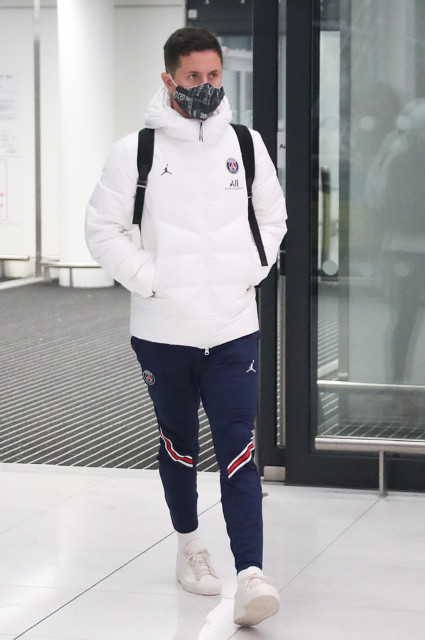 The Red Devils have already had an approach for Pochettino knocked back by PSG and they are now prepared to wait until the summer before going in for him again.

The ex-Tottenham boss was spotted signing a Man Utd shirt ahead of PSG’s clash with City on Wednesday night.

But Poch insisted in the build-up to the game that he was not paying any attention to the speculation.

Man Utd have been linked with a number of managers to take charge until the end of the season including former Barcelona boss Ernesto Valverde and ex-Lyon coach Rudi Garcia.