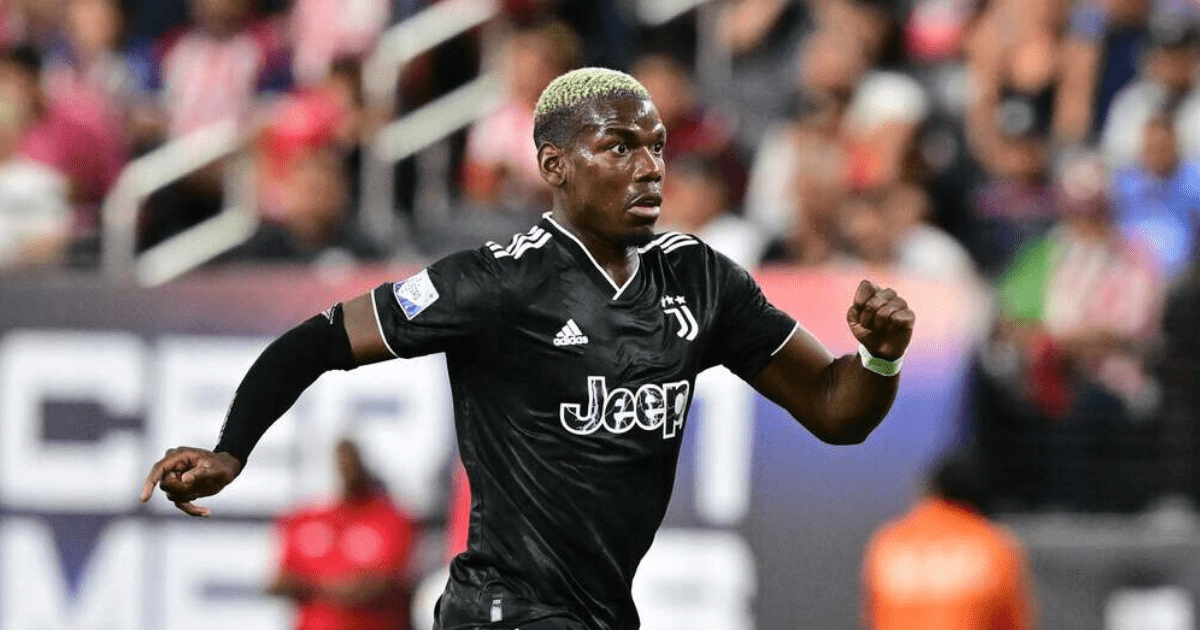 PAUL POGBA has hailed Juventus fans as better than Manchester United’s and revealed he stayed in contact with Massimiliano Allegri while he was at Old Trafford.

The Frenchman, 29, rejoined Juve in the summer on a free transfer after a six-year spell at United.

Pogba ended his unsuccessful spell at United in the summer, leaving at the end of his contract

And Pogba says he’s happy to be back in Turin where he “felt the love” from fans as a young footballer in the four years he spent at Juve between 2012-16.

Such love, he says, wasn’t shown by Man Utd fans.

Speaking to GQ, Pogba said: “When I left they were very grateful for the years together.

“I was young and they really always pushed me to the stadium, they were always behind me, I always felt the love of these fans, this is the truth.

“I’ve never heard such a great one, not even in Manchester.”

The decision to move back to Juve was made with his “heart”, but Pogba also revealed he was in contact with boss Allegri even while he was playing for United.

Pogba hailed his special relationship with the Italian, who always pushed him to be a better player.

He added: “I have always had a very strong relationship with the coach. Handsome, honest.

“He knows me and always pushed me when we were here together.

“Even when I was in Manchester we kept in touch and talked a lot.”

Pogba’s £94.5million return to Old Trafford was plagued with injuries, missing 100 games as a result.

And his injury problems have followed him back to Italy.

Pogba is yet to play for Juve competitively, missing the start of the season after having to undergo knee surgery.

Nonetheless, Pogba wants to get back to fitness and help Juve recapture the Serie A, having missed out to Inter and AC Milan in the last two seasons.

Pogba said: “I like to think and say that it is my heart that made the choice. It was also perhaps the right time to come back here.

“The last three years in Manchester, also affected by injuries, they did not go as I wanted, it is no mystery.

“I thought that if we added to this the fact that Juve have also arrived for two years in which they did not win the Scudetto, it was a great challenge for both of us.

“Maybe it was the right time to meet again and try to take back the place that belongs to us, to me and to Juve. And above all to win again. “