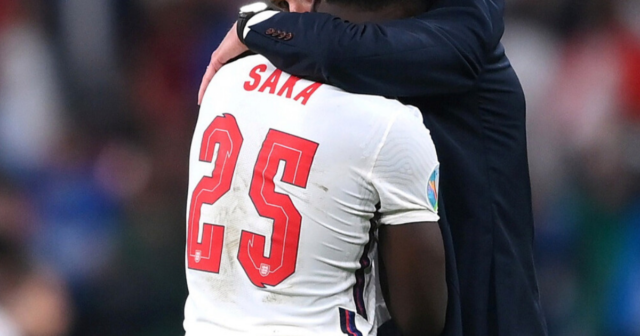 PORTSMOUTH have launched disciplinary action against some of its under-18 players over leaked racist Snapchat messages abusing England stars.

The group chat which was circulating on social media appears to show Pompey youngsters sending vile messages to each other following England‘s penalty shootout loss to Italy in the Euro 2020 final.

Marcus Rashford, Jadon Sancho and Bukayo Saka faced sickening online abuse after missing their spot-kicks at Wembley as the Italians lifted the trophy.

It was claimed a group of Portsmouth academy players sent revolting messages to each other in the aftermath.

All the League One’s club’s under-18 players were suspended, but those not involved in the disciplinary process are back training, The News reports.

A Pompey spokesman today said: “A disciplinary process will now begin, which – in line with club policy and employment law – will last for a minimum of five working days.

“All members of the U18 side were suspended while the investigation took place, but those who are not involved in the disciplinary process have now returned to training.

“With that in mind and in regards to this sensitive matter, Portsmouth FC would continue to respectfully appeal for everyone’s consideration in their use of social media posts directed towards any of its employees and, indeed, any other external parties.”

The players in question sent monkey emojis and wrote “houses are getting bombed” and “death threats immediately” in a string of truly disturbing messages.

Boris Johnson told sick racist trolls to “crawl back under their rock” in a scathing assessment of the abuse aimed at England stars.

Lashing out at the vile individuals, the Prime Minister said: “To those who have been directing racist abuse at some of the players, I say shame on you.

“I hope you will crawl back under the rock from which you emerged.”

Arsenal star Saka, 19, touched the nation’s hearts as he wept after missing the decisive penalty in the shootout against Italy.

Rashford, 23, and Sancho, 21, both faced similar online abuse – with a mural of the former in Withington defaced, before local heroes raced to cover it. 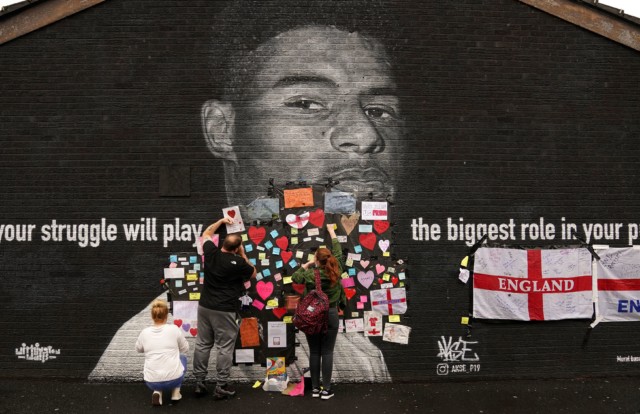 Did you miss our previous article…
https://www.sportingexcitement.com/football/premier-league/watch-neil-warnock-whip-out-pre-signed-photograph-from-bum-bag-for-young-fan-after-middlesbrough-pre-season-friendly