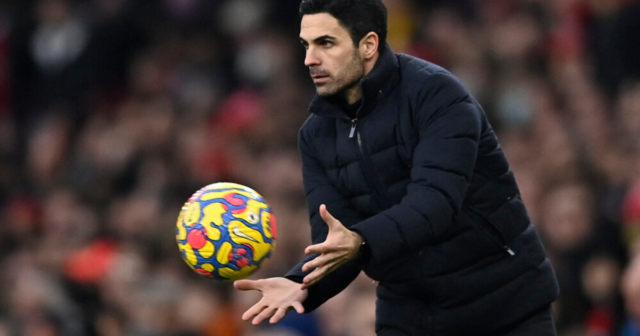 PREMIER LEAGUE clubs have agreed new Covid rules to clarify when matches can be postponed.

Today’s meeting of the 20 top flight clubs backed Prem proposals to demand at least four positive cases of the virus for a postponement request to be accepted.

Mikel Arteta’s Arsenal were due to face Tottenham this month

The change comes in the wake of League bosses agreeing to call off the North London derby when Martin Odegaard was the only Arsenal player unavailable through Covid.

That was among the 22 matches that have so far been postponed because of virus-related absentees, although four of those have since been played on a different date.

The Gunners’ clash with arch-rivals Tottenham was postponed just 24-hours before kick-off.

Prem chiefs were widely criticised for that decision, with many accusing Arsenal of taking advantage of a flawed process.

Some managers have previously voiced that changing the rules mid-season could force them to play weakened teams when other sides had benefited.

But SunSport understands no clubs spoke out against the change at today’s meeting.

It went through without any opposition and will take effect immediately.

However the first top flight game to which it will apply is Burnley’s rescheduled match with relegation rivals Watford on Saturday week.

The clubs also agreed to end the requirements for fans to pre-register their Covid status and carry proof of vaccine passports to enter grounds.

The rules were brought in when the Government introduced its now-dropped Plan B to battle the Omicron variant before Christmas.

Did you miss our previous article…
https://www.sportingexcitement.com/football/premier-league/senegal-slammed-over-sadio-mane-head-injury-as-liverpool-star-says-what-doesnt-kill-you-makes-you-stronger