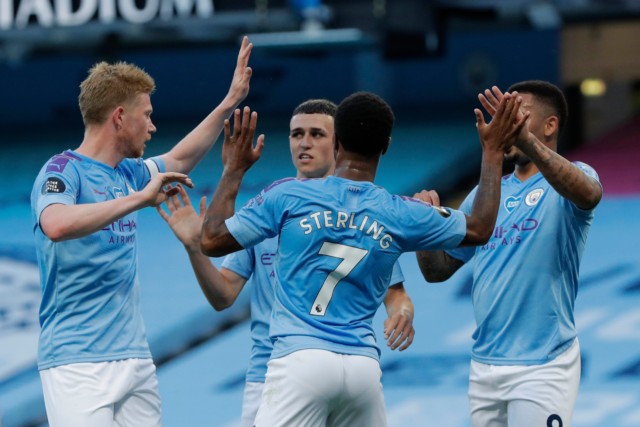 ANOTHER weekend, another bumper set of Premier League fixtures to enjoy.

Following a profitable midweek, we’re taking a look at four top-flight games which have huge implications at the top and bottom of the table.

Is Ole really back at the wheel?

If so, he’s got one man to thank – and that player has only been at the club six months.

Bruno Fernandes was the best player on the park by a mile against Brighton, as United cruised to a comfortable 3-0 victory on the South Coast.

That was their fourteenth game unbeaten in all competitions and United fans will have watched on with glee as Chelsea and Leicester both dropped points in midweek.

That leaves the door open for a top four push which looked impossible back in early January, when United had just lost 2-0 to Burnley and were six points adrift of the Blues.

The gap is now just two points and United have a favourable run-in, with the team seemingly responding to the challenge judging by how they put

an out-of-sorts Brighton to the sword.

Bournemouth couldn’t arrive in worse shape and Eddie Howe’s side look destined for the Championship.

Their 4-1 thrashing at home by Newcastle was a fourth defeat on the spin and they haven’t won in seven top flight games.

Looking at the odds, it’s a stark contrast to the last time these sides met at Old Trafford. 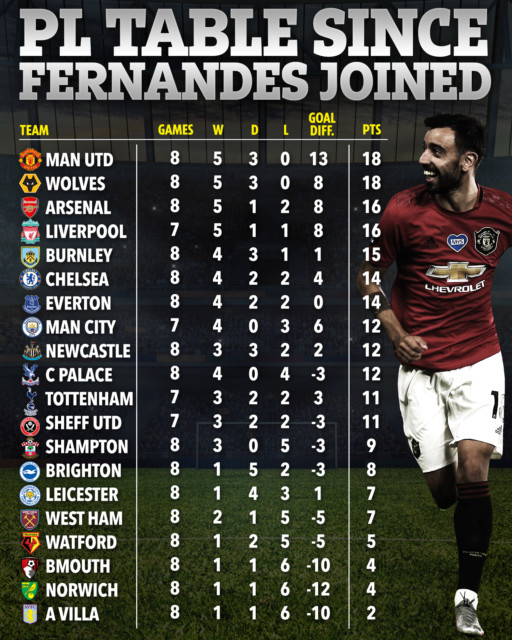 Then, in December 2018, the Cherries were priced up at 8/1 and given a fair chance of causing an upset.

We can’t see anything but a United win and the Cherries have only scored once since returning to action – a late consolation against Toon.

Their confidence appears shot to pieces and we are right behind backing United to win without conceding on Saturday at 2/3.

In all their matches since returning to action the Red Devils have stormed out of the blocks and it appears that competition for places is promoting a positive energy in the squad.

Back them to score a goal in both halves, which has happened in their last four home Premier League games.

As you’d expect, the bookies are stingy with United players scoring anytime in an expected blowout – Martial, Rashford and Ighalo are all odds on.

So put your money on the Portuguese maestro to continue his great form. Fernandes is 3/2 to net anytime – giving it away. 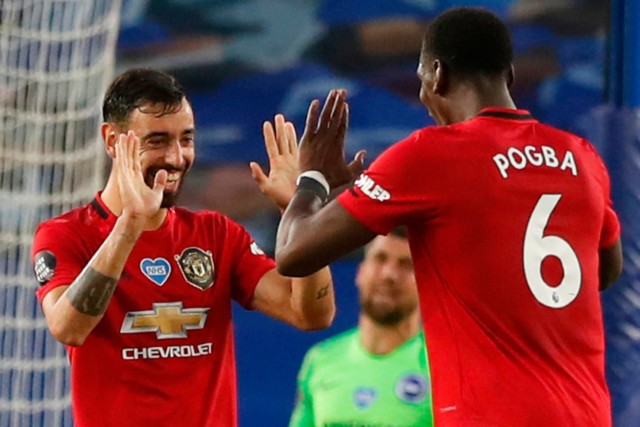 The Gunners’ charge for Europe has resembled more of a drunken stumble since the Premier League returned, although back-to-back wins over Southampton and Norwich have got them back on track.

Those morale-boosting victories have featured two clean sheets, which is a huge improvement from the horror show we witnessed against Man City back on June 17.

This test will be a step up from those matches though, with Wolves on fire since returning to action.

Nuno Santo‘s side are well drilled, organised and fighting fit as they aim for a fourth Premier League win on the bounce.

The Champions League is definitely not out of their reach and three more points here would really put the frighteners on Man Utd, Chelsea and Leicester.

Despite their success this season, Wolves have actually picked up the majority of their points on the road. 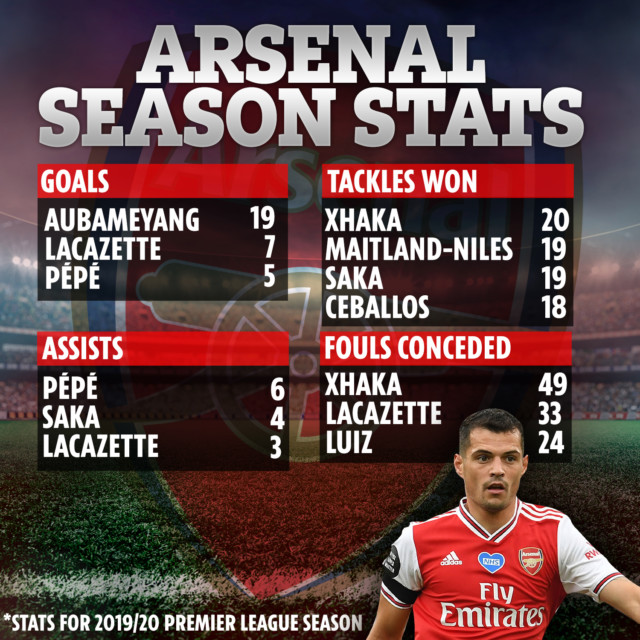 The Gunners meanwhile have been dismal on their travels, with just three victories from fourteen top-flight away matches.

Wolves don’t concede many goals at Molineux and haven’t let one in during any of their past five matches on home soil.

In what could be a potentially tense, low-scoring affair we’re siding with under 2.5 goals at 2/3.

All of Wolves’ games since returning from lockdown have seen three goals or less, while only Palace and Sheffield United are below them in the goals-per-game league.

In such a low scoring affair, we’re expecting a potential second half winner and are therefore happy to make a play on the draw at half-time market.

That’s a very generous 19/20, while you could also have a play on the second half to produce the first goal at a massive 21/10.

Raul Jimenez leads the line brilliantly for Wolves and continues to be a constant nuisance for defences.

He’s still in the running for the Golden Boot and is a whopping 7/5 to net anytime, while 7/2 for the opener. Overpriced.

Just when you thought Chelsea were in the groove, the wheels came off.

And in style, too.

The midweek horror show against West Ham was classic Blues, with Frank Lampard‘s men creating enough chances to win the game twice and having VAR on their side – but still conspiring to lose.

Leaving one man back when away from home and vulnerable on the break wasn’t exactly wise, with the Chelsea boss fuming as his side failed to take advantage of Leicester’s defeat at Everton.

Back to the Bridge we go then, with Watford making the short journey to West London in desperate need of points.

That West Ham win was a disaster for the Hornets, with someone in the bottom five finally breaking ranks and actually picking up three points.

Nigel Pearson‘s side have done remarkably well to even give themselves a chance when you think about where they were before Christmas.

But the stark reality is with six games left to play, they’re winless in four and picked up just one point in games against Leicester, Southampton and Burnley. Not good enough. 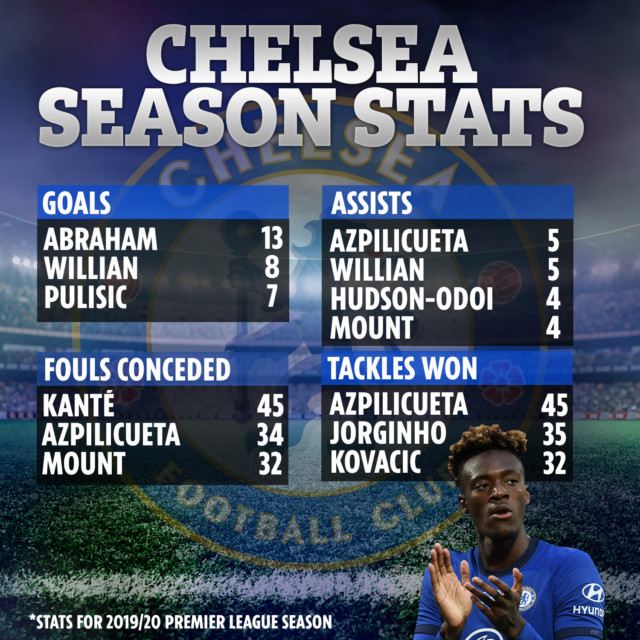 Bad news for the Hornets – their record here is abysmal.

Out of nine meetings since 2000 at the Bridge, they’ve lost eight and have conceded more than two goals on EVERY occasion.

The ugly aggregate score is 31-8 to Chelsea.

You might see where we’re going with this one.

Chelsea matches this season have featured an average of 3.2 goals, which is the second-highest in the league behind Man City.

We reckon the Blues have been chastened by that loss to the Hammers and will come out all guns blazing.

Tammy Abraham wasn’t at his best against the Hammers, with Christian Pulisic going close twice to landing our goalscorer tip.

The American is likely to be a favourite of many at 3/2 to net anytime, but we like Olivier Giroud should he start ahead of Abraham.

The Frenchman has two in his last four and is 11/10 to net at any point – value even if he’s coming off the bench.

Time to see if the Reds still have a title hangover.

It was a messy evening at the Etihad as Pep Guardiola‘s pumped up City took out their frustrations on a Liverpool side well short of their usual standard.

The result was a 4-0 win for the ex-champions, leaving Klopp’s side with the small matter of a twenty point gap at the top.

Nobody can argue Liverpool don’t deserve their title and that they didn’t deserve to celebrate – but we expect them to react to what in any case was a heavy and unexpected defeat.

Dean Smith and Aston Villa were already dreading this game from their perilous position in the relegation zone.

Villa’s first season back in the Premier League has been a chastening one and Anfield is the last place they will want to go when in such desperate need of points.

Liverpool are unbeaten here this season in the league, winning all 16 of their home matches.

And after the defeat against City, the bookies are wondering if they will go easy on Villa in this one.

Not a chance – didn’t you see that Klopp interview?! 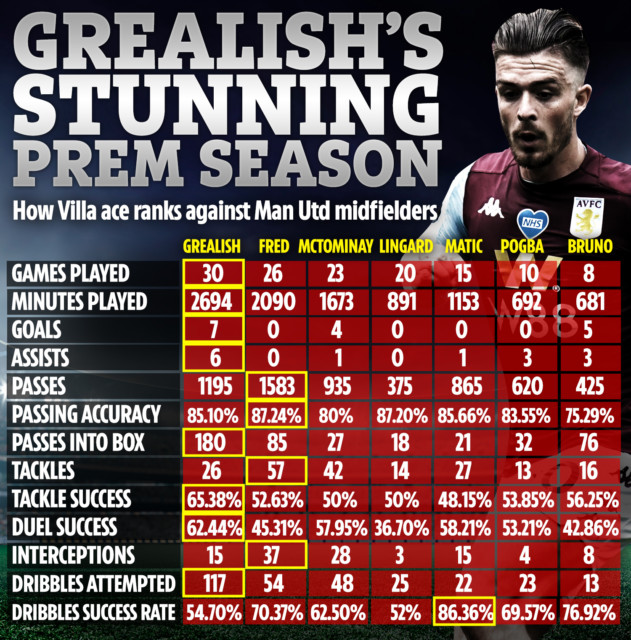 Villa might be fighting for their Premier League lives but they’ve failed so far to really fire when it matters.

Since the league returned they’ve picked up just one point and are without a victory on the road since New Year’s Day at Burnley.

We reckon Klopp will have his men right up for this after the one-sided scoreline at City, even if the title is won.

As well as the Reds to win, back them to score more than three goals at 23/20.

Sadio Mane has scored in three of the last four Premier League matches at Anfield.

Trust him at a very generous 21/20 to net anytime in this one.