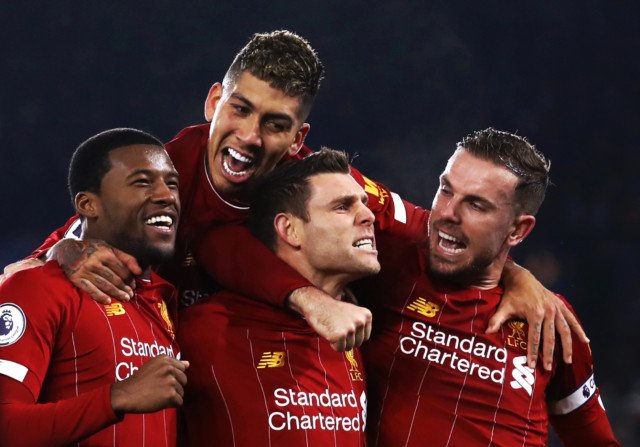 MIDWEEK madness is back as the Premier League continues its packed fixture schedule.

After the FA Cup took centre stage at the weekend and Liverpool fans celebrated their title win in style, all twenty teams are back in action over a frantic four day period.

It’s getting towards last chance saloon for Norwich.

The Canaries are six points adrift at the bottom of the table and have lost each of their Premier League games since the season resumed.

Although teams directly above them are failing to fire too, Daniel Farke’s threadbare side are teetering on the edge.

Arsenal meanwhile finally delivered after a pretty hapless first week back in action, strolling to a 2-0 triumph at Southampton.

In terms of their European push though, it might be a case of too little, too late for Mikel Arteta.

There’s a massive overhaul coming once the season finally ends and for the Spaniard it’s just a case of stringing together some positive results between now and July 26. 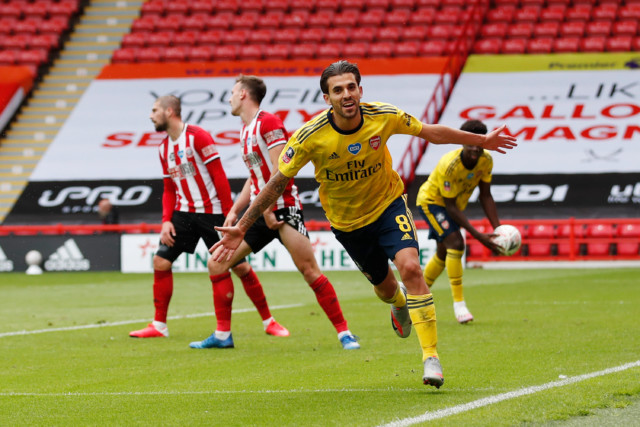 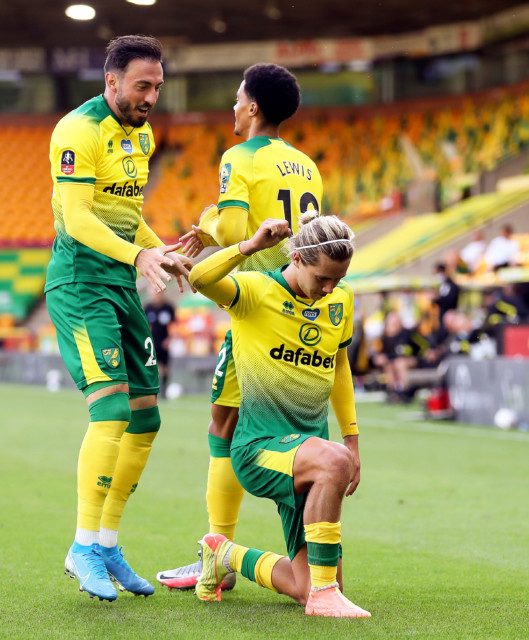 Norwich have a dismal record on the road in North London and their last win over Arsenal was at Highbury in 1992.

They did force extra-time in an EFL Cup clash back in 2017, but apart from that their last three visits in the PL have ended in defeat.

We don’t trust Arsenal on the win market at 1/2 – they’re just too inconsistent to be backed at that price.

But in what should be in an open game, with Norwich fighting for their lives, both teams to score is far more attractive at 4/5.

The Canaries have netted at Liverpool, Spurs, Leicester and Everton this season, so there’s no reason they can’t find their way past this feeble Arsenal back-line.

We like the idea of Arsenal finding the visitors a tough nut to crack, so backing the double chance on Norwich making it to half-time either level or leading is tempting at 2/3.

The games are coming thick and fast for the Gunners at the moment and rotation is key.

Eddie Nketiah appears to have pushed ahead of Alexandre Lacazette into the second striker option and is a terrific price of 13/10 to net at anytime.

Wait for the team news of course, but he found the net against Southampton and can net you a big profit if you trust the 21-year-old to do what he does best. 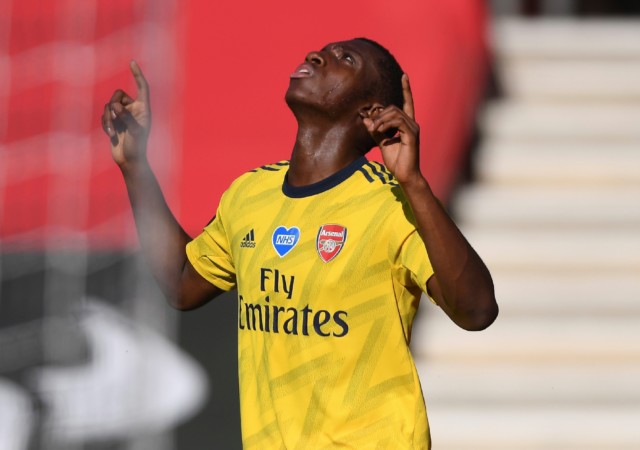 Eddie Nketiah was on target as Arsenal beat Southampton 2-0

David Moyes‘ side are deep in a relegation battle after two defeats since returning from the enforced coronavirus break.

They barely laid a glove on either Wolves and Tottenham, with just four shots on target across those two games. Bleak.

Chelsea meanwhile have started like a train and now have four-straight wins in all competitions, including over Man City and Liverpool.

Frank Lampard has his side well drilled and with a good mix of experience and youth look the best bet to overtake Leicester into third place.

The Hammers don’t have a bad home record in recent years against the Blues, with the home side running out winners in three of the last five meetings. 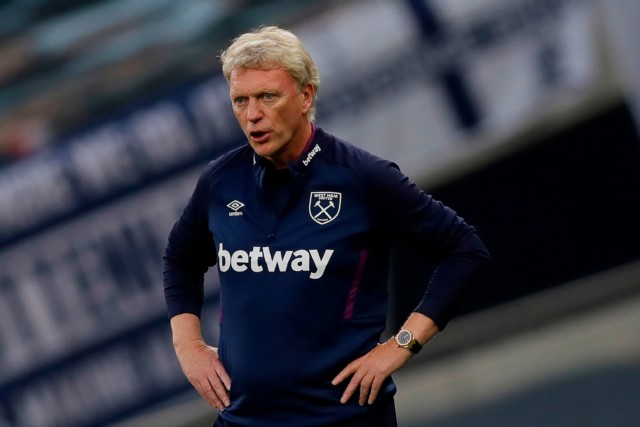 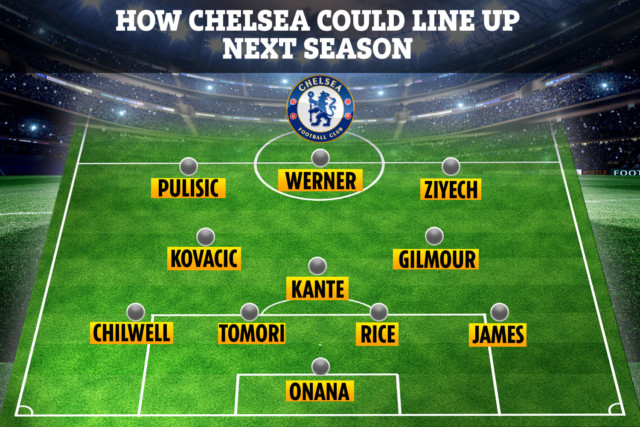 But confidence is at an all time low in the West Ham camp as they teeter on the brink of falling into the bottom three.

With Newcastle, Burnley, Norwich and Watford to come next, you could argue that this isn’t a must win, but instead anything would be a bonus.

As such, we expect Moyes’ side to prioritise those big six pointers and the Blues to cruise to a third-straight victory.

Grab the 3/5 on a Chelsea win, while also backing them to net two or more for the fifth away game running.

That’s a tidy 4/7 and represents good value when you consider how many goals Lampard’s men have netted on their travels this season.

Christian Pulisic has come on leaps and bounds this season, looking like a Premier League star in the making.

The American has been unfortunate with injuries in a stop-start season, but has two goals in his last three games for the Blues.

If he starts this one, he’s the man to be on for a goal anytime at 3/2 – and if you’re brave, 5/1 on the opener shouldn’t be ignored either.

Back in August this was billed as a potential title decider.

Instead Liverpool rock down the M62 with the Premier League trophy already in the bag after a remarkable campaign.

Jurgen Klopp‘s side haven’t just won the crown this season, they’ve absolutely steam-rollered the competition – including Pep Guardiola‘s City, who kick-off this one TWENTY-THREE points adrift.

That’s a remarkable amount considering the hosts pipped Liverpool to the title by just a single point last campaign.

City will give the Reds a well-deserved guard of honour at the Etihad – and we’re expecting both sides to put on a show.

With the title wrapped up and the hosts’ Champions League saga still rumbling on, the shackles are off.

Part of the reason the government wanted football to return was to bring a ‘boost to the nations’ morale‘ following lockdown.

This could be a potential classic, even for the neutrals.

It’s a shame that Sergio Aguero will have to sit it out, but there’s so much talent in both side’s that it is difficult to see this one petering out into a bore draw with nothing really riding on it.

So where to bet? 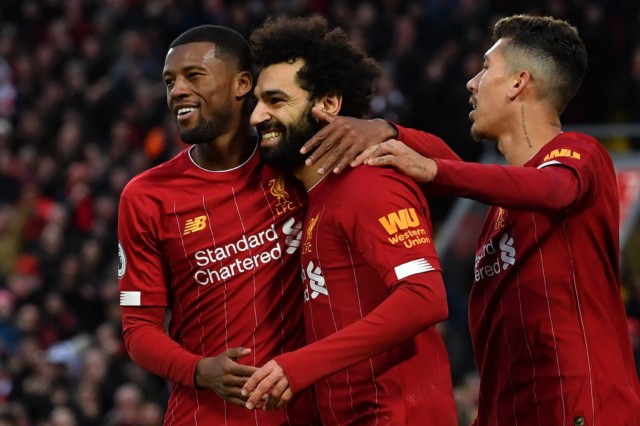 It has to be on goals – and expect the net to ripple more than three times on Thursday night.

You have to go back to 2015 for the last time Liverpool beat City here in a top-flight game, while Pep’s men took the spoils 2-1 in their Eastlands match-up last season.

Of the last eight Etihad meetings, seven have featured over 2.5 goals.

The mentality of this Liverpool side is second to none and they will not want to get turned over by the team they’re replacing as champions.

11/5 on a Reds victory is £32 for your tenner – on a team that’s been worthy champions and one of the finest to ever grace the top-flight, you take that.

We always chase the value with our goalscorer bets and look no further than Mo Salah.

The Egyptian wizard has four career goals against City and is 3/2 to net anytime in this one.

He – along with Sadio Mane – should be odds on in every game Liverpool play. Take advantage.