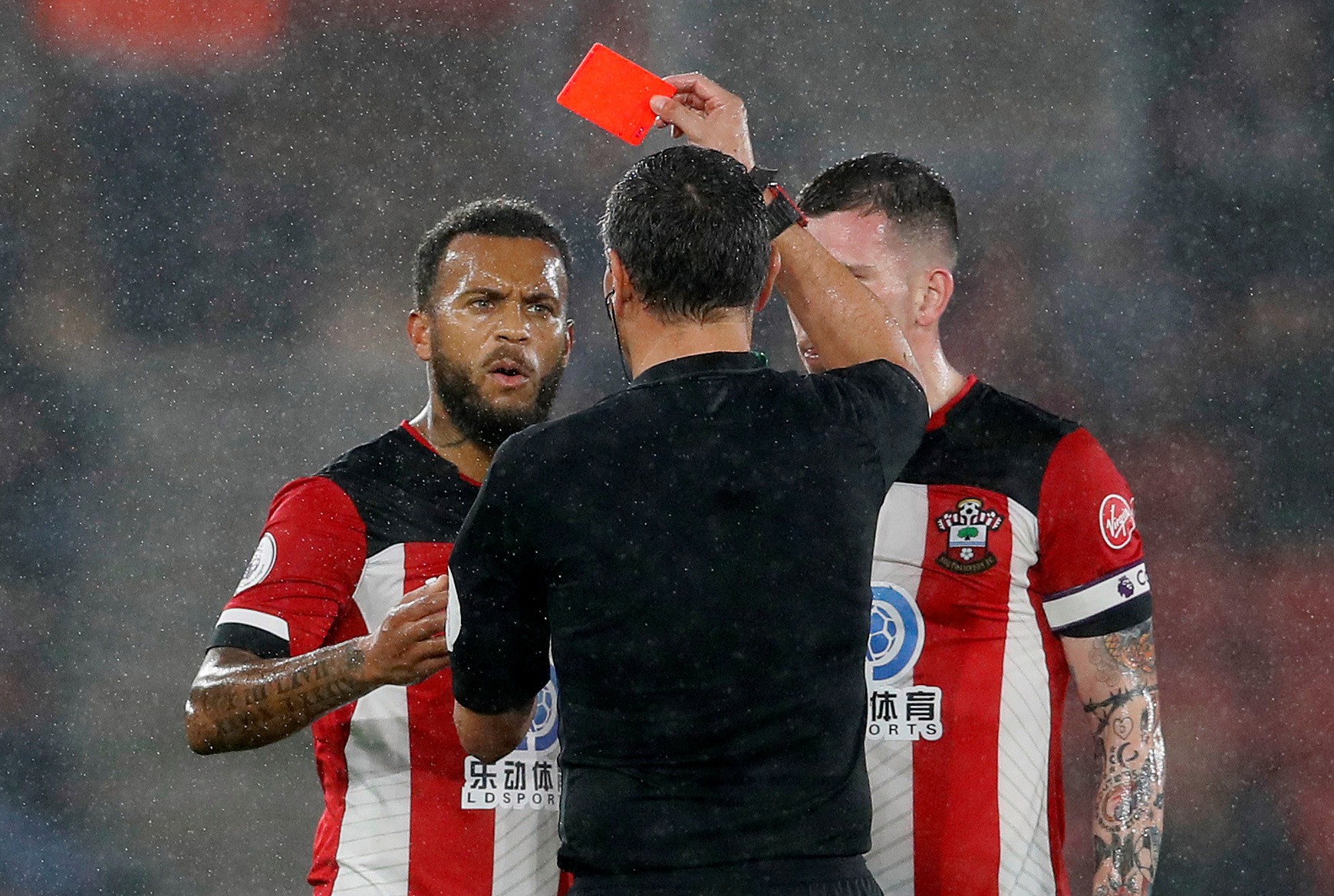 We feel genuinely bad for the 0.3% of you that had Ryan Bertrand in your fantasy football team last week.

Having started in the 9-0 capitulation against Leicester on Friday night, the left-back picked up a scarcely believable -11 points in Game Week 10 – quite possibly the single worst points haul we’ve ever seen.

But perhaps we’re being a bit harsh.

After all, Bertrand is a full England international (with 19 caps, I never would’ve guessed he had so many) and has perhaps been one of Southampton’s better players over the last few years.

In normal circumstances, he’s a perfectly good option for fantasy football and is something of a bargain right now, priced at just 1.4m on Dream Team.

But he’ll perhaps go down in infamy as the player that sparked the joint-worst defeat in Premier League history.

With Leicester already 1-0 up on Friday night – courtesy of an early strike from Ben Chilwell – Bertrand became the first Premier League player to be sent off by VAR, with video footage capturing his rash challenge on Ayoze Perez in the buildup to the opening goal.

The dismissal of the 30-year-old threw the Saints into further disarray following their chaotic start to the game and they ended up shipping eight more goals – including hat-tricks for both Perez and Jamie Vardy.

As you might already know, a player receives -3 points for a red card on Dream Team.

And if they’re a defender or goalkeeper, then they also receive -1 point for conceding two goals, and then a further -1 point for every goal conceded thereafter.

That’s right; a defender is still punished for the goals his team concedes even when they’ve been sent off.

So, if you do the sums, that’s a fair -11 points for the former Chelsea full-back.

As you can imagine, it was a tough day at the office for his defensive colleagues at the St.Mary’s too, with Jack Stephens, Yan Valery, Maya Yoshida, Jannik Vestergaard, Jan Bednarek and goalkeeper Angus Gunn all receiving -8 points in Game Week 10.

For what it’s worth, Perez was the biggest beneficiary; picking up 28 points, while Vardy went away with 23.

But there’s one tiny silver-lining for those of you with Bertrand in your team at the moment, as he’s not even the worst player on the game so far this season.

While his GW 10 haul of -11 points means his total for the season is now on -14, he’s still above Watford’s Kiko Femenia who’s somehow mustered -15 points at this stage of the campaign.

It’s grim at the bottom of the table, isn’t it?