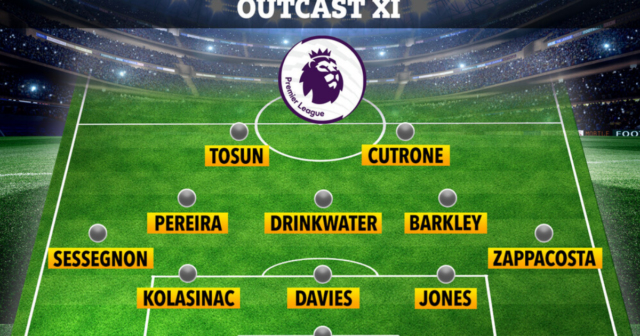 THE SUMMER transfer window is kicking into gear and several Premier League clubs are out to find new homes for their unwanted outcasts.

But what would a team of these forgotten men look like, and would it stand a chance of surviving in the top-flight on its own?

In goal, Loris Karius is one of many shot-stoppers unable to get in between their club’s posts, having last played for Liverpool over 1,150 days ago.

After loan spells at Besiktas and Union Berlin, the 28-year-old is in pre-season training but as arguably Jurgen Klopp’s fourth-choice keeper.

The Reds also still have Ben Davies among their ranks, although SunSport understand the centre-back could leave for Sheffield United.

A £1.6million signing in January amid a defensive injury crisis, Davies is still yet to play a competitive minute for Liverpool.

Completing the centre of defence are Phil Jones and Sead Kolasinac.

Arsenal are determined to move on their fringe players this summer, with Kolasinac a prime candidate after a quiet spell at Schalke and the arrival of Nuno Tavares.

While Jones has sat on the Manchester United sidelines for 18 months and the club cannot find a buyer with there still two years left on his contract.

On the left of defence in this team’s 5-3-2 formation is Ryan Sessegnon, who was discarded by Jose Mourinho but could have a route back into the Tottenham team by Nuno Espirito Santo.

But Thomas Tuchel is unlikely to hand Davide Zappacosta a recall following a loan spell at Genoa last season.

Chelsea are notorious for their loan army of youngsters and fringe players, but few have been moved on at this stage of the summer.

Danny Drinkwater and Ross Barkley make it into this team of forgotten stars but Kenedy, Lewis Baker, Ruben Loftus-Cheek, Tiemoue Bakayoko, Baba Rahman, Matt Miazga and Michy Batshuayi could all be considered.

Arguably the most notable is £35million signing Drinkwater, 31, who last played competitively for the Blues almost 1,100 days ago.

Back in the line-up for a friendly with Peterborough last week, the midfielder may hope to pull off the most unlikely of comebacks having spent last year with Turkish minnows Kasimpasa.

Meanwhile, Barkley featured for Aston Villa in his loan stint but is one of many high-earners the club may look to move on again.

Andreas Pereira of Manchester United is the third man in this trio of outcast midfielders, although his exile has ticked over to a relatively short 350-plus days.

Lazio is reportedly the 25-year-old’s preferred destination having spent last season with the Serie A side.

Up top, Patrick Cutrone is the £16m Wolves signing who failed to score a goal while playing for three different teams last season. 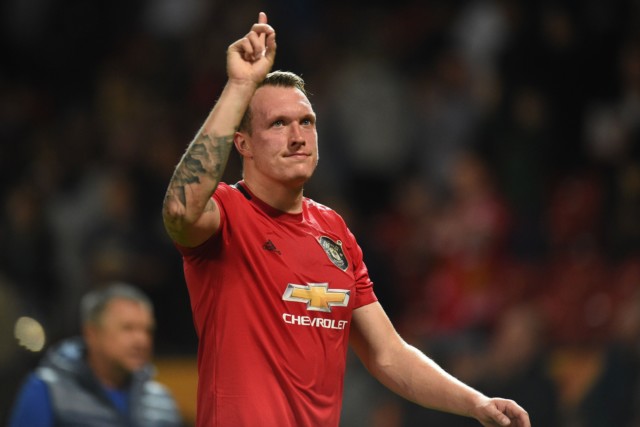 Phil Jones is a forgotten man at Manchester United

Recalled in January after a year with Fiorentina, he played four games for Wolves before being sent to Valencia and participating in zero wins across his seven appearances.

Alongside the Italian is Cenk Tosun as the striker again looks to inject some life into his Everton career.

The Turk, 30, scored three times in four games upon his loan return to Besiktas last term, but an injury nightmare restricted his opportunities and the Toffees are reportedly keen on a sale this summer.