Premier League kits 2020/21: What has been leaked, when are they released, and will they be worn this season?
Advertisement 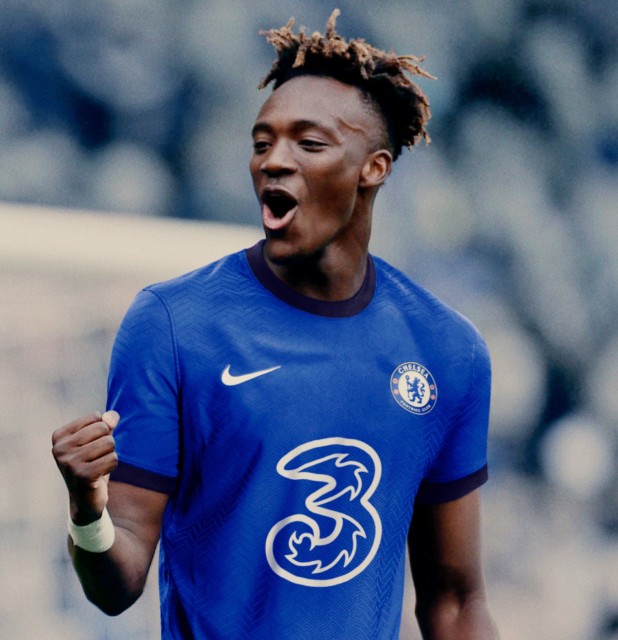 THE PREMIER LEAGUE campaign has still not finished but fans are already desperate to see next season’s kits.

Chelsea have already worn their snazzy new blue number for the first time in their defeat by West Ham, while other big teams will have to wait until 2020/21.

Chelsea will wear their new kit against West Ham tonight 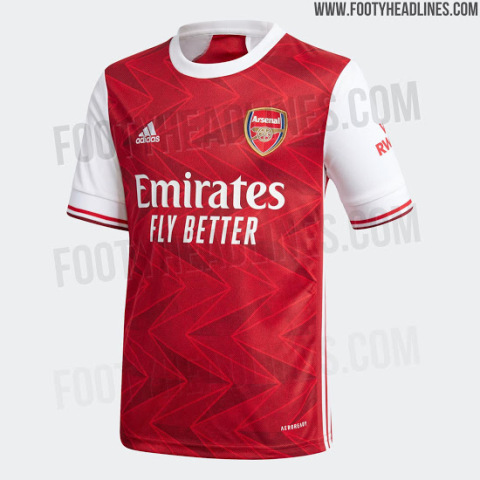 The Blues’ £200million sponsorship deal with Yokohama Tyres has ended so they will wheel out their new strip sponsored by mobile company Three.

Their Nike kit is inspired by Savile Row and London’s association with master tailors, say the sportswear behemoth.

Bournemouth will wear their newly released strip until the end of this campaign.

And West ham released their 125 year commemorative kit for next season earlier this week.

Chelsea’s new blue kit had fans divided but a previously leaked away shirt went down like a lead balloon with supporters.

And you could have been forgiven for thinking it belonged to another London rival.

For their third jersey, the Blues appear to have opted for colours made famous by South Londoners Crystal Palace.

A light red base with dark blue stripes that fade into the shirt, it was said to be inspired by the yellow and blue away kit of 1996-97. 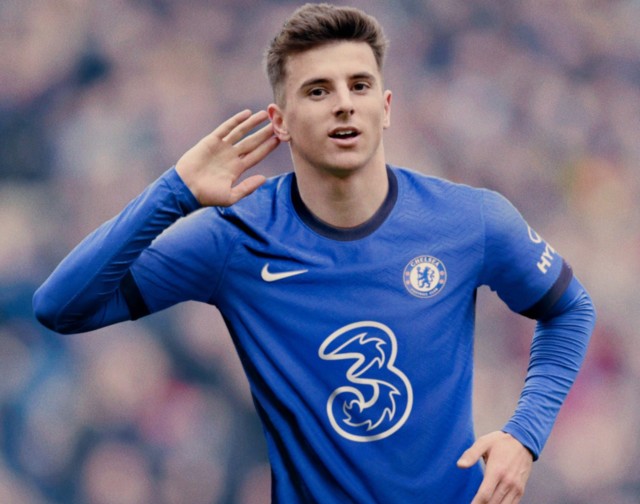 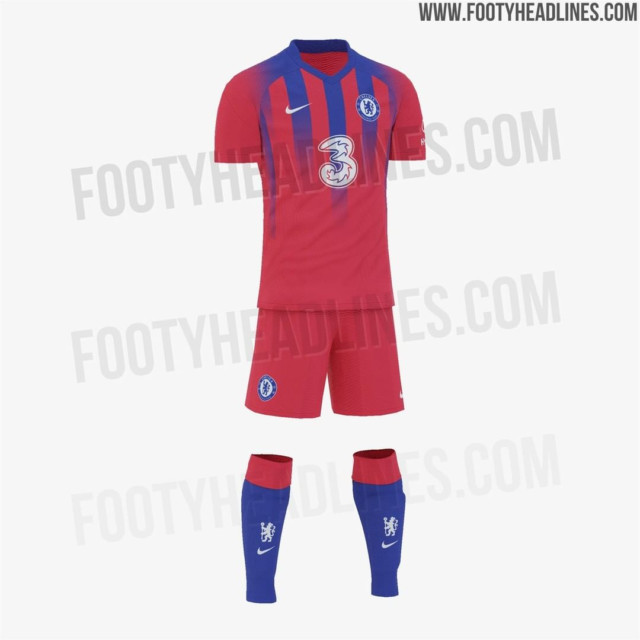 Is it Chelsea’s new kit or Crystal Palace?

The Gunners are in somewhat of a transition under Mikel Arteta, so an outfit change might do them the world of good.

Two new Adidas jerseys have been shared among their fanbase, from a new simple home design to a blood-splattered away jersey that looks like something out of The Walking Dead.

There’s also a slight change on the sponsor with ‘Fly Better’ added to the Emirates logo.

After last season’s brilliant Adidas jerseys, this does appear to be a bit of a comedown. 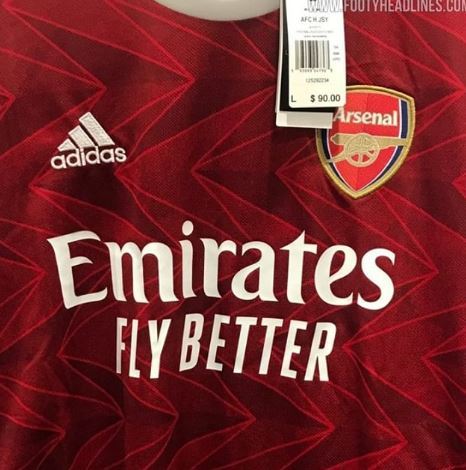 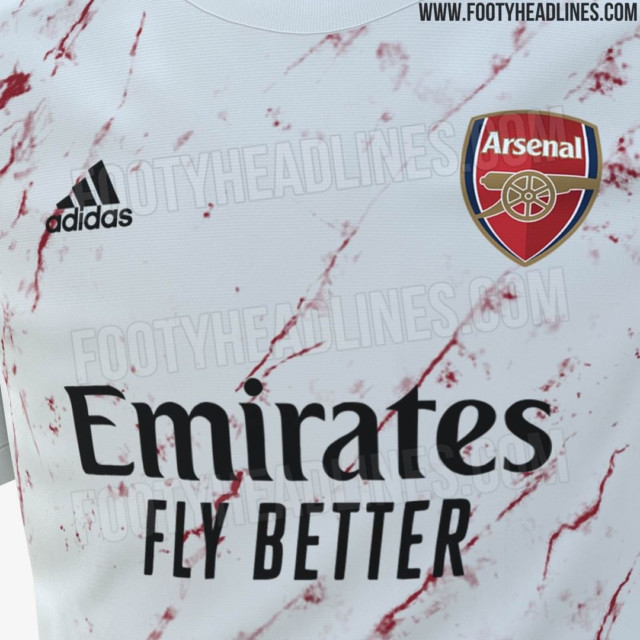 A blood-splattered away jersey has divided opinion among Gooners

The Hammers celebrated their 125th birthday earlier this week.

And the East Londoners have released a traditional looking strip to mark the occasion.

It has split opinion among fans with many suggesting it is a poor copy of their 2015/16 kit – the last campaign at Upton Park.

The strip is designed by Umbro but it is yet to be seen whether the relegation threatened Hammers will be wearing it in the Premier League or Championship next season. 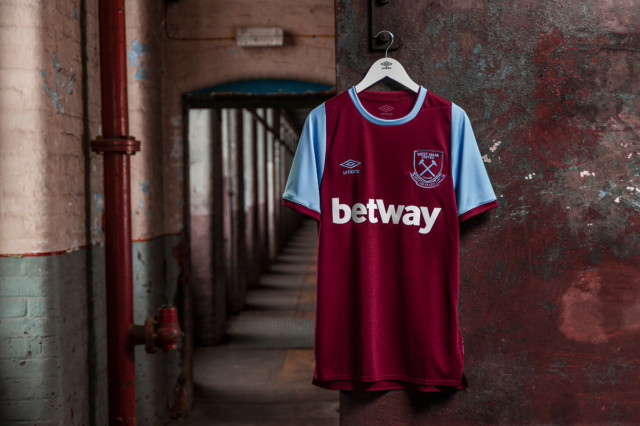 West Ham’s new kit is to commemorate their 125th birthday 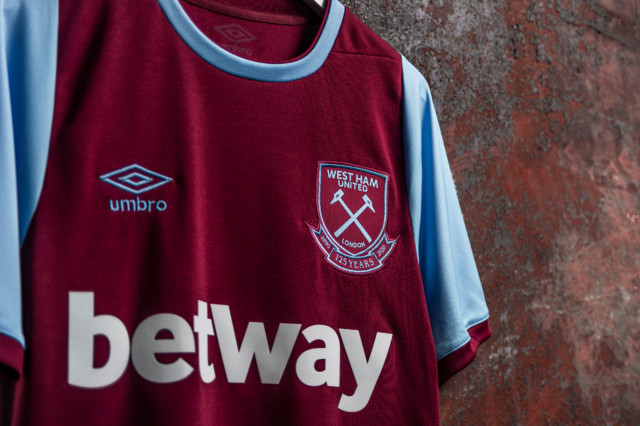 When you’re one of the most popular clubs in the world, rumours of new kits will always rumble online.

And the Red Devils have several mooted designs that Bruno Fernandes and Co could be wearing from next season.

There are two potential home kits, including one with a ‘bus seat-like’ pattern that has left some fans online baffled.

The away kit is a return to grey. Don’t forget, United last played in that colour when they were thumped by Southampton and it was dumped when it was deemed unlucky.

An ‘out-there’ zebra-like shirt has also been suggested with a red collar, but surely black and white would suit Newcastle more? 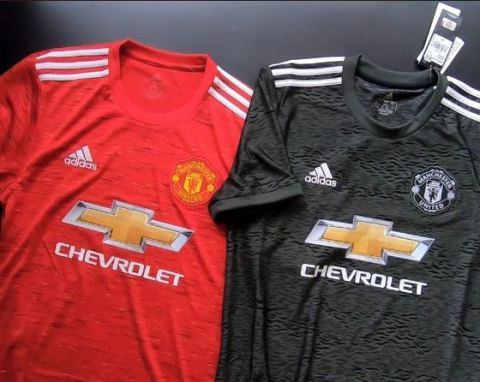 Suggested home and away jerseys for Manchester United 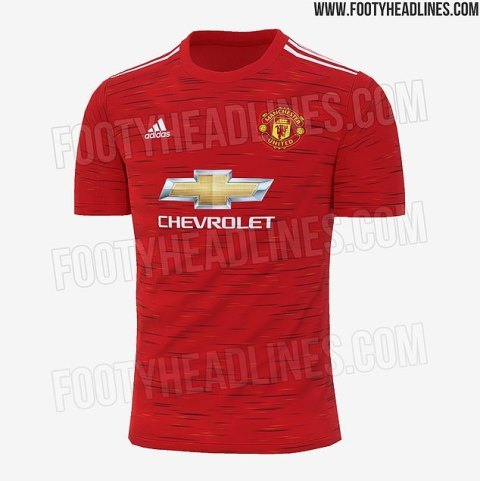 Adidas have designed a minimal home kit for the Red Devils 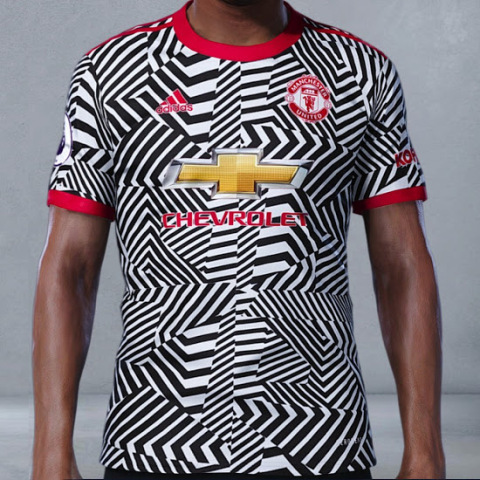 A colourful zebra-print kit has also done the rounds online

It’s out with the old and in with the new at Spurs, but we’re not talking about any potential departures in North London.

No, it’s a new home jersey that features a jagged dark blue and yellow design down the side.

Nike have managed to combine the colour of the classic yellow away jerseys of the past into the collar too.

Half blue, half white sleeves do seem quite odd, though. 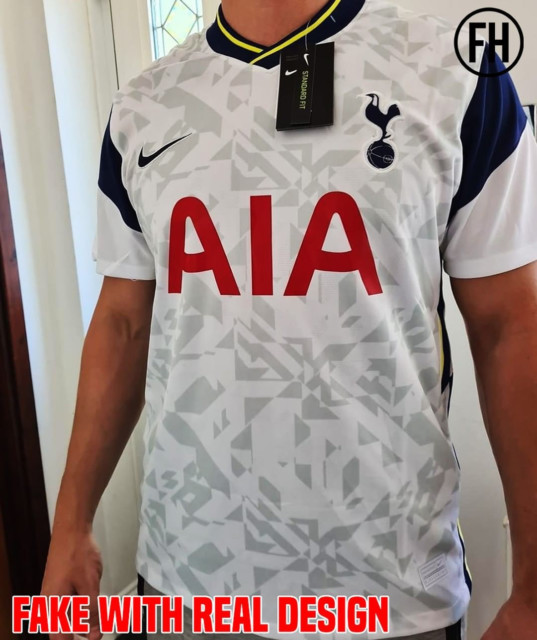 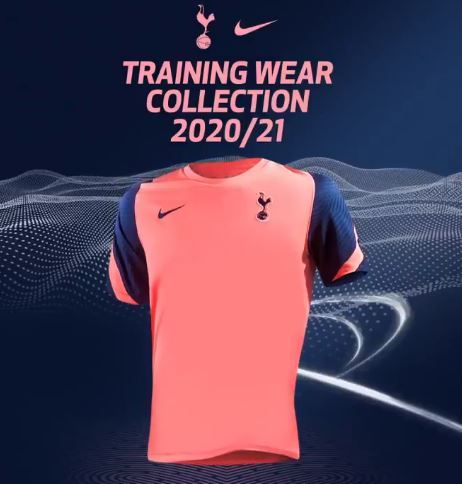 A salmon pink top was announced by the club on Monday 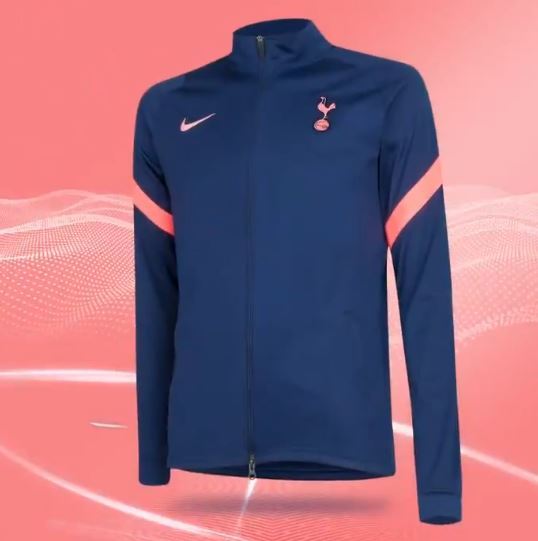 Premier League champions Liverpool have a fancy new kit deal – and this is the first effort for it.

Nike have taken over from New Balance and have delivered home, away, and third kits that are minimal in design.

The home kit is minimal, with the subtle use of green on the collar and sleeves.

However, the ‘hyper turquoise’ away kit that’ll have fans divided.

But their favourite addition will be the Premier League champions badges they will proudly wear on their arms. 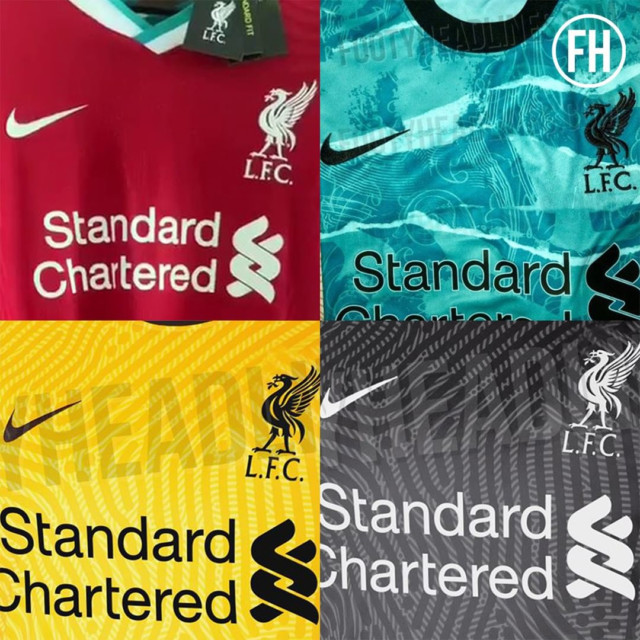 Next season Liverpool’s kit deal with Nike kicks in 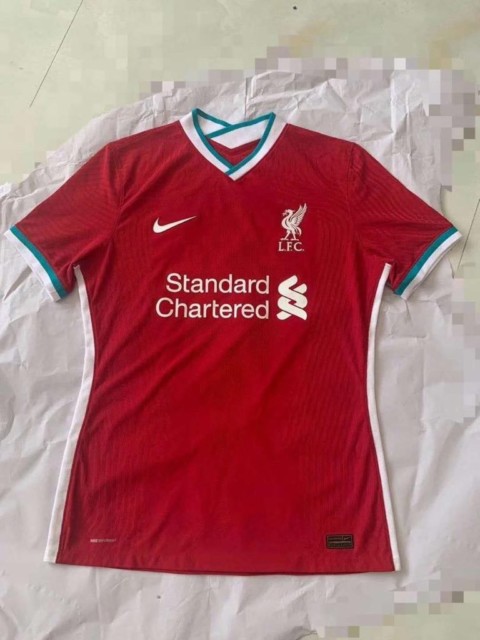 The home jersey features blue trim on collar and the sleeves

Fans of last season’s champions have been left up in arms about prospective new Puma designs for next season.

After seeing the third kit, rock star Liam Gallagher went as far as saying the kit designers should be sent to coronavirus hotspot Wuhan for their shocking effort.

And the away jersey, said to be inspired by the buildings found in the Castlefield area of Manchester, was equally as ridiculed on social media.

The home kit is a bit more mainstream with City’s famous blue and white but with a broken glass style design. 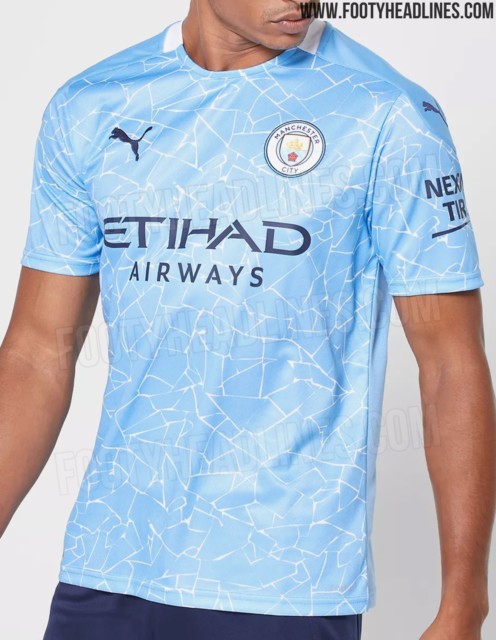 City’s new home kit looks tamer than their away instalments 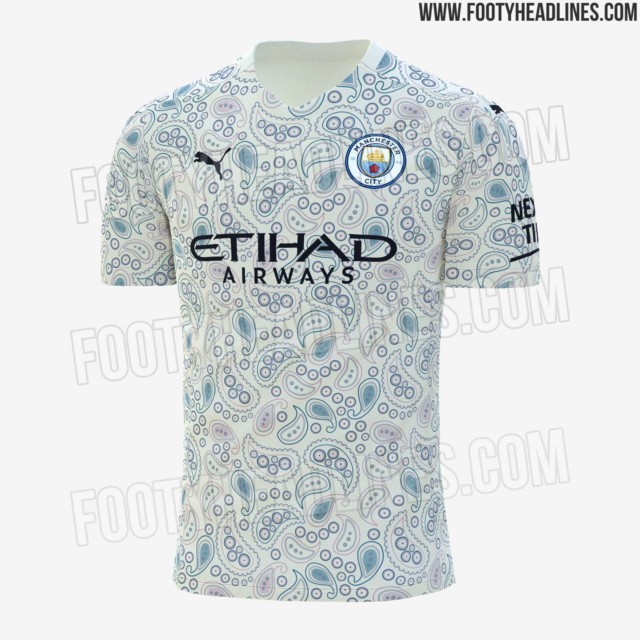 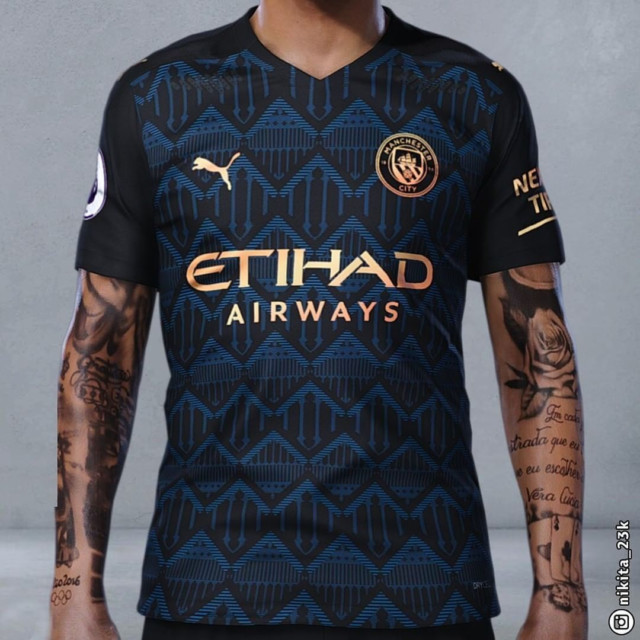 The Cherries released their new standard black and red strip.

It is made by Umbro and they will wear it until the end of this season.

But next season it could only be on show in the Championship as Eddie Howe’s men are sitting in 18th spot in the Premier League. 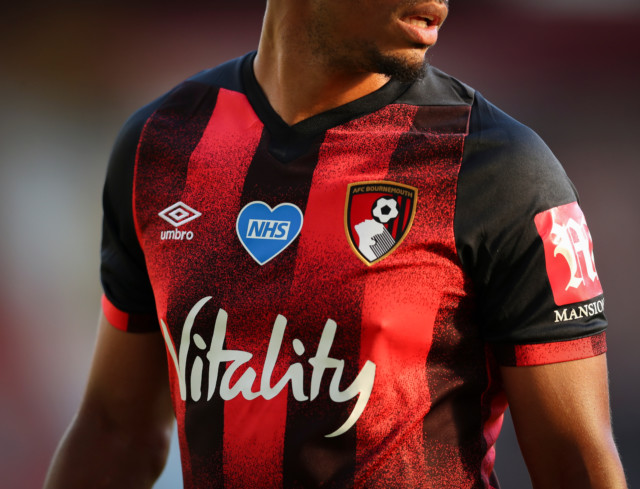