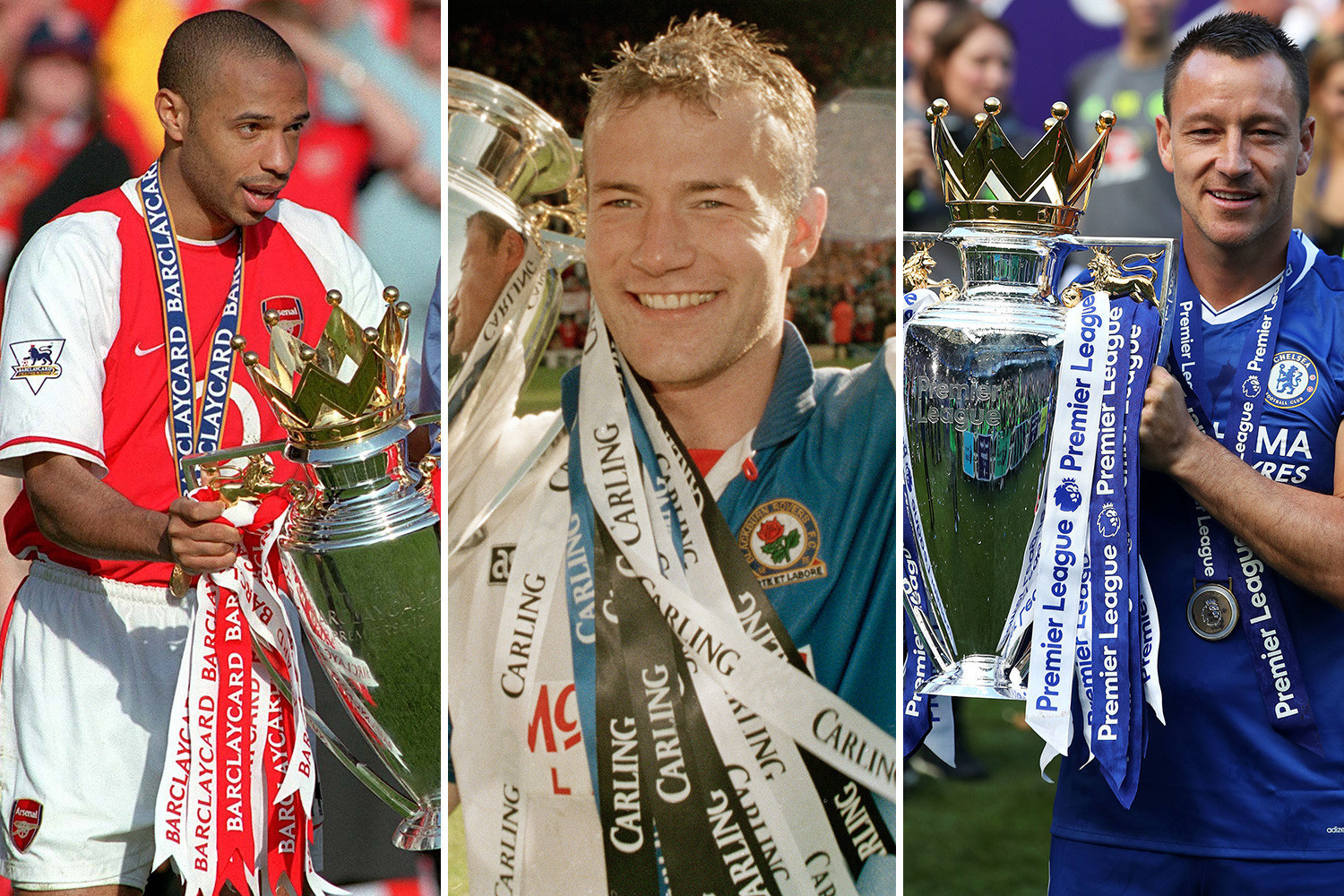 THE Premier League have launched their own official Hall of Fame – with two legends set to be inducted next month.

Officials claimed they want to “recognise and celebrate the exceptional skill and talent of players since 1992”.

Prem chiefs went on to say two players will inducted in due course, with a shortlist drawn up to allow fans to vote for additional deserving Hall of Famers.

Premier League chief executive Richard Masters said: Since 1992, the Premier League has been home to world-class players who have defined generations and provided us with compelling football season after season.

A place in the Premier League Hall of Fame is reserved for the very best.

“It will be an occasion for our fans around the world to look back over the years and help us celebrate some truly exceptional playing careers.

Entry rules state that players MUST be retired already and only their Premier League performances will be noted – not international, European or other domestic cup competitions.

But fans are already divided as to who deserves the two automatic spots, with such a vast array of talent plying their trade in the league in the last 28 years.

One Arsenal supporter posted a picture of Thierry Henry and Dennis Bergkamp, captioned: “First names on the list.”

But one disagreed, saying Manchester United‘s stars are set to be heavily represented.

They wrote: “Manchester United is going to be the most represented team in this list; which is obvious given that they’ve won 13 titles on the competition, 8 more than 2nd.”

A Chelsea fan demanded their biggest legends be recognised, saying: “Drogba, Terry and Lampard are must wont tell u again.”

Alan Shearer and Ryan Giggs were amongst the names to crop up time and time again.

But not everyone wanted “marquee” names, with one suggesting ever-present grinders deserve a look in.

One supporter said: “I want them to avoid doing bulls*** like adding in just marquee names, long standing servants that were PL household names for over a decade.

Drogba, Terry and Lampard are must wont tell u again

Make sure this guy is the first one to get it pic.twitter.com/SUPuPA4GWy

“Gareth Barry (why is he still playing lol), James Milner (when he retires), David James…”

But some fans demanded the Hall of Fame be opened up not only to players, but managers also – with Sir Alex Ferguson and Arsene Wenger receiving huge support online.

The first two Hall of Famers will be named next month – with each inductee receiving a personalised medallion, engraved with the year they were bestowed with the honour.