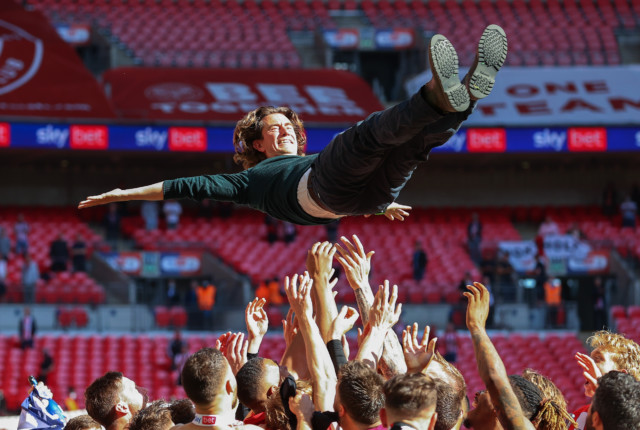 EVERY EFL club this morning should hold up Brentford as the perfect model to follow if they dare to dream about achieving the impossible.

When the Bees clinched promotion to the Premier League at Wembley on Saturday, it was a victory for the little man, mixing it with and beating the bigger guys. A real David versus Goliath. 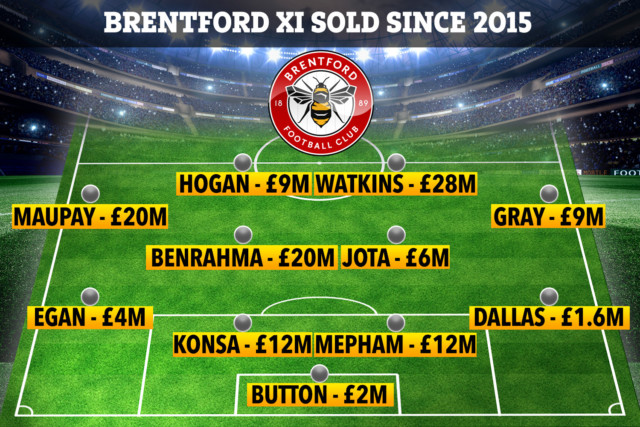 Just over 10 years ago the West Londoners were averaging around 5,000 in League Two and in the Championship were getting about 10,000 through the turnstiles.

But after a comfortable 2-0 win over Swansea, they will now be taking on the likes of European champions Chelsea, Man City, Liverpool and Manchester United next season.

And they will surely, Covid permitting, be filling their new 17,000-capacity Brentford Community Stadium at Kew Bridge.

Where Leicester made every club outside the top six believe that Premier League glory was possible after their 2016 triumph, Brentford have done the same across the entire EFL

Yes, clubs such as Plymouth, Northampton, Lincoln, the list goes on, can really dream and achieve if they run themselves prudently and patiently.

Boss Thomas Frank said: “One hundred per cent there should be a lot of clubs dreaming after what we’ve achieved.

“This club has been on a remarkable journey. The owner Matthew Benham deserves a lot of credit.

“Anything is possible. You must work hard, have a clear strategy, top attitude and togetherness. Then everything is achievable.

“It’s an unbelievable achievement for Brentford to become a Premier League club.” 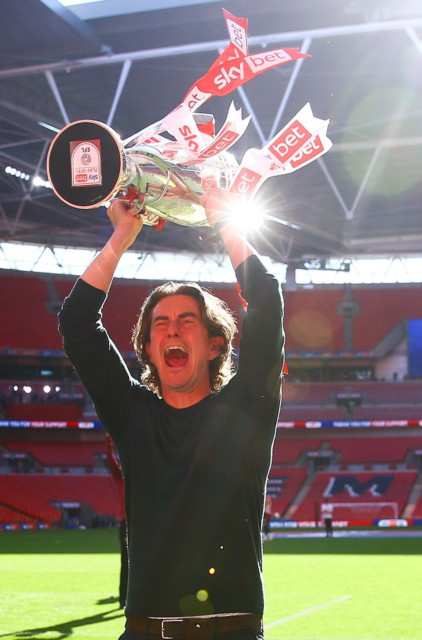 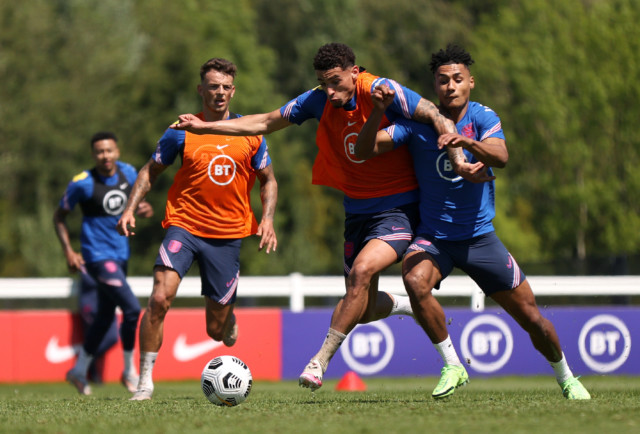 Brentford have been using a moneyball-style data driven model which has served them well.

Recent examples such as Neal Maupay, Said Benrahma and Ollie Watkins were players they brought in cheaply and sold for fortunes.

Ivan Toney was a steal at an initial £5million – with doubles with add-ons – from Peterborough last summer. Saturday’s victory means they will not be cashing in on him this year.

Denmark midfielder Mathias Jensen has been one of the key players these past two seasons.

And since joining the club for £3.5m from Celta Vigo after not getting much of a look-in in Spain, the 25-year-old has been impressed with how the Bees are run.

He said: “This club has been middle of the table in terms of Championship budgets.

“But the way Brentford is driven is impressive, the way they use their money is very clever.

“It’s healthy and a well-run club just like Leicester.

“Hopefully we can continue to do that and do well in the Premier League. 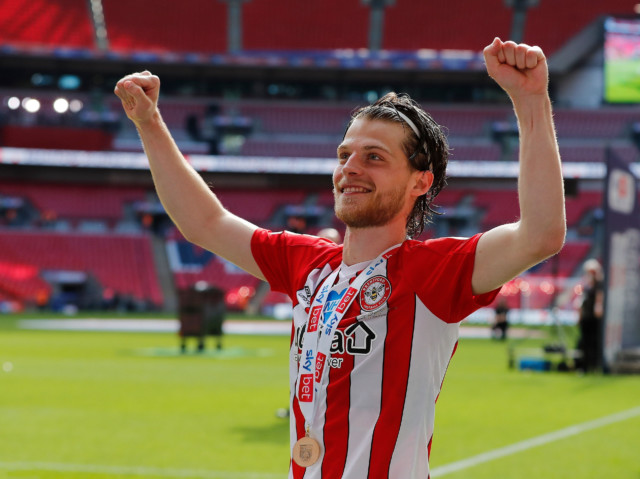 Mathias Jensen has always dreamed of being a Premier League player

“It’s what this club – and us players – have always dreamed of.”

Ethan Pinnock has certainly lived the dream. Just five years ago, he was playing non-league for Dulwich Hamlet before spending a season at Forest Green Rovers then another two with Barnsley with the Bees snapping him up just two years ago.

The defender was celebrating his 28th birthday on Saturday and tweeted “If Carlsberg did birthdays … ” with a photo of himself kissing his play-off winners medal.

Frank, himself, should be held up as an example for every young coach starting out in his or her career of what can be achieved with sheer hard work.

The Dane had been coaching in his native country since he was just 20.
He managed to work his way up the various Denmark age groups before taking charge of Brondby.

Frank then joined Dean Smith’s coaching staff at Brentford before eventually taking over from him two-and-a-half years ago.

And he said: “It’s an unbelievable feeling to be part of something this special.

“I’m really humble about it. I know I played a part but all the staff did too and of course all the players. We can’t do it alone. 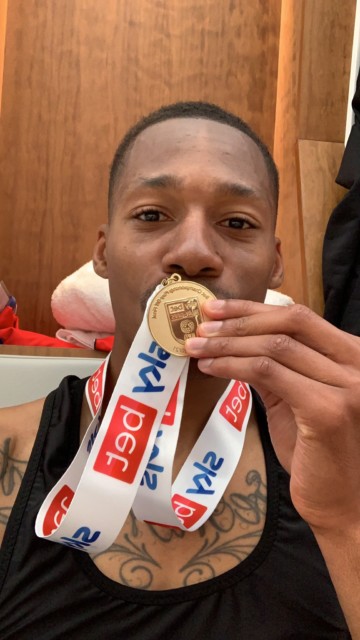 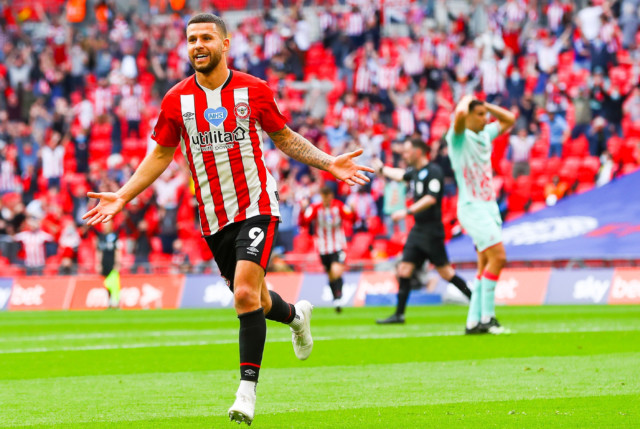 “It’s one of the biggest strengths in Brentford.

“I walked the hard way in coaching since the age of 20 with under-eights football and now I’m in the Premier League.

“I hope I can inspire other coaches out there in helping footballers to be better people and players.”

Frank admits that it is vital the club stick to the principles and beliefs that have made them successful.

He added: “It’s important we stay calm in the Premier League and not move away from our identity as a football club. That will continue to hold the key.”

In contrast, this season we saw a huge club like Sheffield Wednesday relegated into League One to join other ex-Premier League sides such as Sunderland, Charlton, Portsmouth, Ipswich, Bolton and Wigan. Each and every one of those sides has been badly mismanaged and fell from grace.

Swansea are a perfect example of what happens when you abandon the model that brought about success. 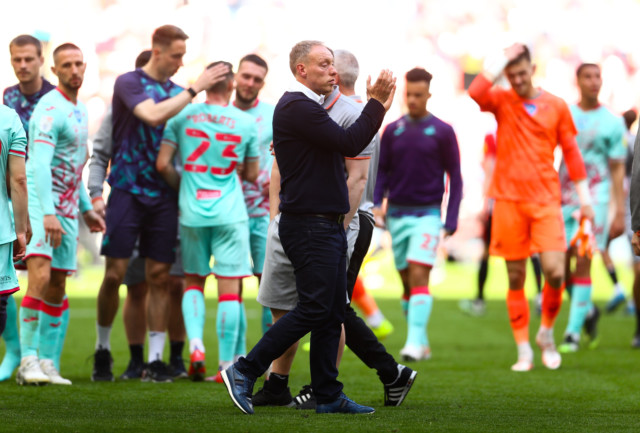 The Welsh club were a breath of fresh air when they were promoted to the top flight under Brendan Rodgers and Michael Laudrup built on that by leading them into Europe, signing bargain players such as Michu.

But their new American owners completely ruined the club – running up debts, stripping assets, without putting any tangible funds in themselves.

They now face a fourth season outside the top flight and an uncertain future.

Striker Andre Ayew – on a staggering £80,000-a-week – is out of contract and will surely leave unless he agrees a new deal on eight times less.

Keeper and Championship Golden Glove winner Freddie Woodman is expected to return to parent club Newcastle as is defender Marc Guehi to Chelsea and they will do well to keep hold of midfielder Conor Hourihane, who has been on loan from Aston Villa.

And even the future of boss Steve Cooper is now under the spotlight.

The Welshman has been brilliant in getting the club to back-to-back play-offs and make no mistake to the backdrop of bad ownership that is some achievement.

He said: “I’ve always worked on the basis that setbacks are the hardest thing but they’re the most important thing that defines you.

“You can either sulk or come back stronger. This will be this set of players’ mentality, especially after the conditions we’ve had to work under.”