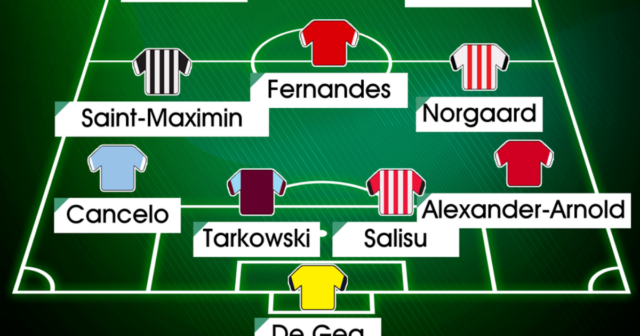 THE Premier League team of the season so far has been revealed – and there are some surprising omissions.

But there is no space for ANY Chelsea, Arsenal or Tottenham stars in the Combined XI.

SunSport has crunched the numbers for key stats to come up with the ultimate XI as the Prem heads into its winter break.

The man with the best record is picked for each position, meaning the line-up is based on data and not gut-feeling.

De Gea is No.1 between the sticks so far, having made 84 saves in his 22 Prem appearances this term.

And Salah gets the nod as one of the front three in a 4-3-3 formation after bagging 16 goals – the most of the season so far.

But while those two would stroll into most fans’ fantasy teams, other names on the list will come as more of a surprise. 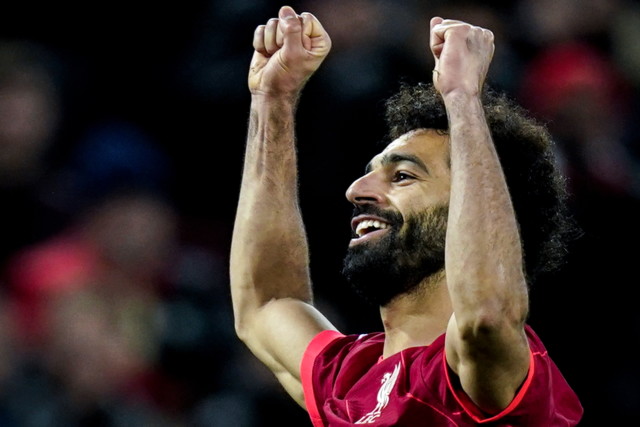 Tarkowski has made the most blocks so far with 30, while Salisu has made 53 interceptions – the highest in that column.

Either side of them are megastars Trent Alexander-Arnold and Joao Cancelo – at this point rated the best fullbacks in the country.

Ahead of them is a midfield three featuring a Red Devil, a Bee and a Magpie.

Man United’s Bruno Fernandes has endured an up-and-down season so far but has produced the most through-balls of any midfielder to date. 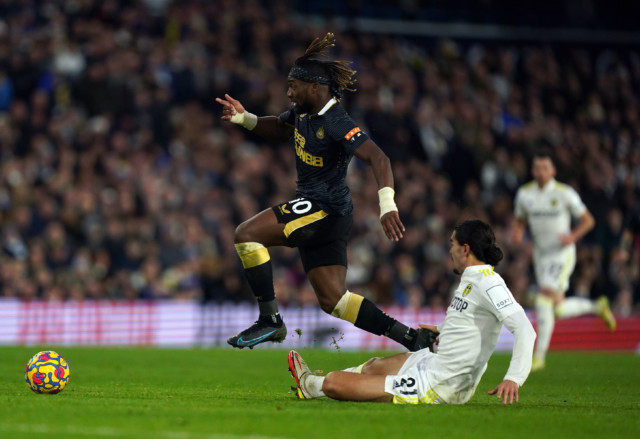 Brentford’s Christian Norgaard has been happy to get his hands dirty in defence, registering the most tackles in midfield.

And Newcastle’s crowd favourite Allan Saint-Maximin has completed the most dribbles – a whopping 91 in 20 appearances so far.

Joining Salah in the front-three are Brentford’s and Burnley’s second entries into the Combined XI.

Maxwell Cornet gets the call-up thanks to his superior minutes-to-goals ratio (based on a minimum of five goals scored).

And Ivan Toney is tipped to lead the line after winning the most duels of anyone in the Prem so far this season.