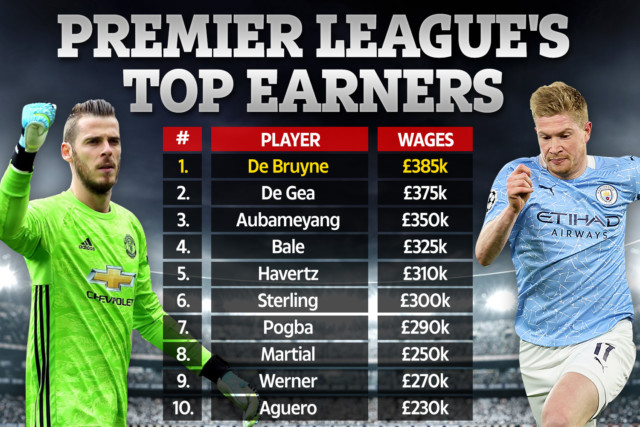 The record-breaking deal, which runs to 2025, is all the more remarkable as he negotiated with his club on his own.

That led to the playmaker conducting negotiations with director of football Txiki Begiristain solo – and he even rejected an offer in December.

The Times report on the £385,000 weekly figure being reached when De Bruyne accepted more pay up-front, with a smaller emphasis on variables.

Assisting him were only father Herwig and Brussels-based law firm Altius, who have helped the player with his legal affairs since 2016.

It is said that Herwig compiled a list of statistics for De Bruyne to show City, underlining his importance to the team.

And, once an agreement was reached, solicitors Daan Buylaert and Sven Demeulemeester were sent the paperwork to give the legal green-light.

“What he wants, he does. He didn’t always have the time to do everything himself.

“He gave us orders like, ‘Look this up… have those figures requested’. He analysed everything on the basis of that data.

“He actually already knew most things. He just wanted an extra confirmation. He was well prepared. You felt that he had been working on it for a while.

“The [salary] amounts are what they are. If your boss offers you double tomorrow, for example, you are not going to refuse that. You shouldn’t sell yourself below your price either.”

Herwig added that City found the situation incredibly workable, while also not having to fork out millions on an agent fee.

He added: “This is also an unusual situation for them.

“For the first time a deal with a player without anyone in between. Everything went directly through Kevin. I think this has also pleasantly surprised City.”

There is talk of vice-captain De Bruyne taking the City armband permanently if Fernandinho leaves the club in the summer.

He said upon signing the new contract: “I could not be happier.

“This football club is geared for success. It offers me everything I need to maximise my performance, so signing this contract was a straightforward decision.

“I am playing the best football of my career and I honestly feel there is more to come.

“My focus now is on ensuring we have a successful end to the current campaign.

“Our results and performances so far have been excellent, but we need to make sure we end the season with the silverware we deserve.”

The deal puts De Bruyne at the top of the Premier League wage rankings, having previously sat fourth on a £300,000-a-week packet.

Gareth Bale’s £650,000-a-week pay is being split between Real Madrid and Tottenham during his loan stint, making him the fourth best-paid player.

Did you miss our previous article…
https://www.sportingexcitement.com/football/premier-league/arsenal-cult-hero-emmanuel-frimpong-dreams-of-shooting-porn-with-20-babes-in-russia-and-misses-their-beautiful-women