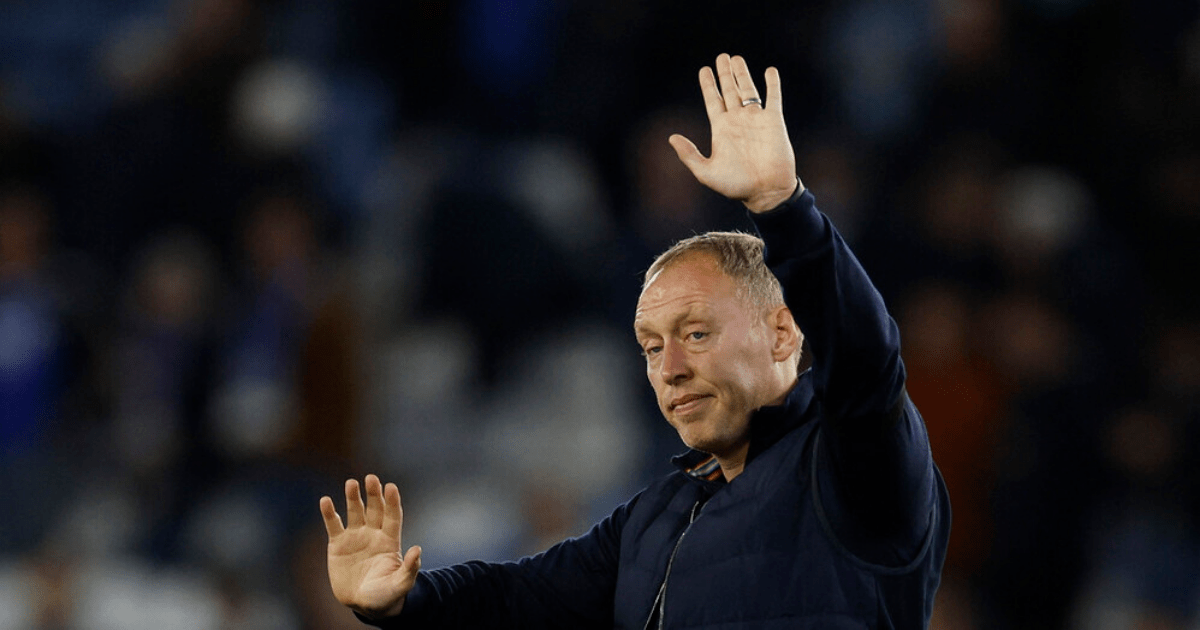 The club have got off to a poor start on their return to the Premier League and are currently bottom of the table.

Steve Cooper is at risk of being sacked by Nottingham Forest

Rafael Benitez is lined up as a possible replacement

They have picked up just four points from eight games and the manner of last night’s 4-0 defeat to rivals and fellow strugglers Leicester leaves Cooper at risk of being sacked.

Ex-Liverpool, Chelsea and Real Madrid boss Benitez is in the frame for the job, claim The Telegraph.

The Spaniard, 62, most recently had an unsuccessful spell at Everton and has been out of work since being fired at the beginning of 2022.

He was also linked with the vacant position at Olympiacos, the club also owned by Marinakis but they pursued other options.

Also being considered is former Burnley manager Sean Dyche, who has reportedly visited the City Ground this season.

Benitez and Dyche could both be smart appointments as they have experience keeping relegation threatened teams in the division with Newcastle and the Clarets respectively.

Any new manager will have to work with a squad that looks disjointed after Forest brought in an incredible 23 new players over the summer.

The club splashed the cash spending over £200million on signings and Cooper has been under pressure for a number of weeks with fans yet to see the benefits on the pitch.

Forest are in a run of five straight defeats and there have been recent confidence damaging losses to Bournemouth, Fulham and Leicester.

There is also supposedly behind-the-scenes tensions regarding Cooper.

His contract at the club is due to expire at the end of this season and he is yet to sign a new deal after much speculation.