Raheem Sterling vs Gabriel Jesus tale of the tape: How £45m stars compare after Chelsea and Arsenal transfers
Advertisement 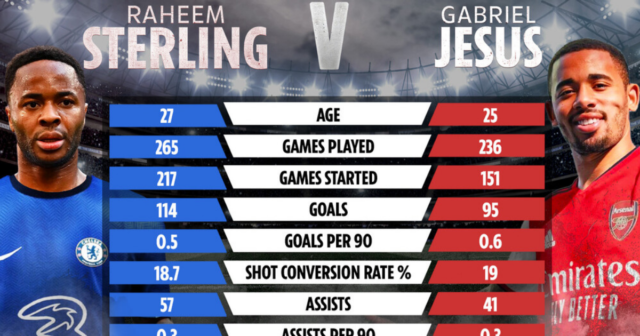 RAHEEM STERLING looks set to follow Gabriel Jesus out the door at Manchester City this summer. 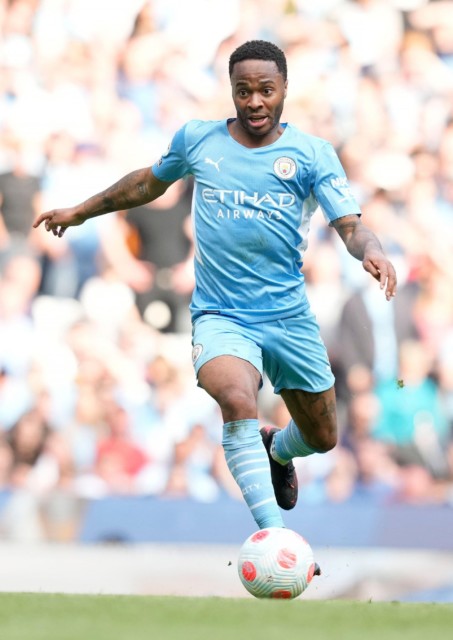 Sterling is expected to join Chelsea this summer

Man City will recoup around £50million of the near £60m they paid to Liverpool in 2015.

He will leave the Etihad with nine major honours, including FOUR Prem titles.

Jesus, 25, has joined Arsenal in a £45m transfer, linking up with former City coach Mikel Arteta.

The Brazilian is looking forward to playing in his preferred role as a No9, where he has scored the majority of his Prem goals from.

But how do Sterling and Jesus compare against each other?

Since Jesus’ City debut in January 2017, Sterling has outscored the Brazilian 114 to 95.

Sterling has given City more in the creative department, though.

He has more assists and chances created for Pep Guardiola’s side.

Advertisement. Scroll to continue reading.
In this article:mancity, premierleague, raheemsterling