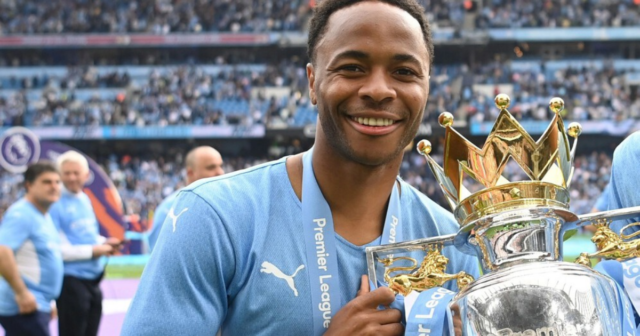 RAHEEM STERLING’S Manchester City future remains up in the air – despite his key role in another title triumph.

The 27-year-old ace is going into the final 12 months of his £300,000-a-week contract after spending the last seven years at the Etihad.

And he plans to have a think about his future once he is finished with England duty in mid-June.

Sterling’s primary concern is that he continues to play regularly after he lost his place in the team earlier in the season.

While he won it back in the winter, he was left on the bench for both legs against Real Madrid in the Champions League and the final two matches of the season.

And he will be concerned the summer arrivals of Erling Haaland and Julian Alvarez will make the competition for places in Pep Guardiola’s squad even stronger. 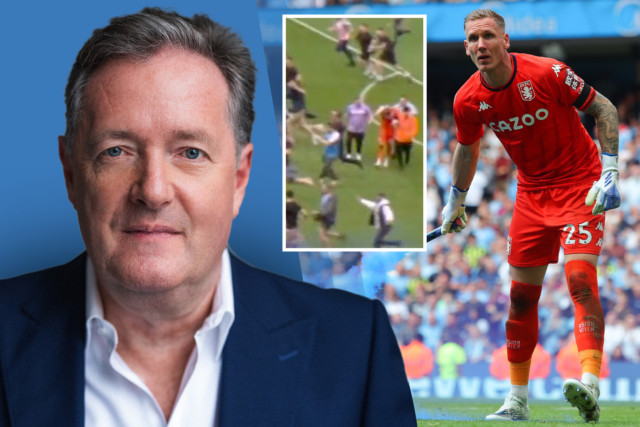 Pitch-invading morons will get player killed – here’s what I’d do, says Piers

Sterling came off the bench on Sunday and it was his superb cross for Ilkay Gundogan that sparked the dramatic fight-back from 2-0 down against Aston Villa which secured the title for City with a 3-2 victory.

He missed the party parade in Manchester on Monday for family reasons but was still announced on stage as one of their champions.

Asked about his contract situation last month, he said: “At the minute I’m just happy to be playing, happy to be contributing with the team.

“I think that’s the most important thing. At this period, I think it would be selfish of me to speak of any contract situation.

“I’m just happy to be playing football and see where we are at the end of the season.”

In the past he has made no secret of his desire to play in Spain at some point in his career.

Real Madrid and Barcelona are certain to be watching his situation with interest – knowing he will be a free agent next summer as things stand.