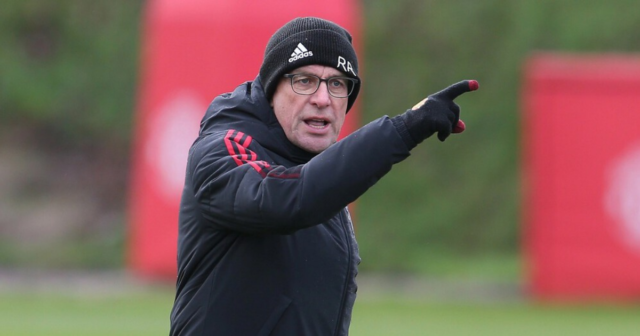 MANCHESTER UNITED players have been joking around at Ralf Rangnick’s expense after he reportedly turned up at the training ground on the wrong day.

The German, 63, is believed to have arrived at an empty Carrington on Tuesday morning after United beat Aston Villa 1-0 in the FA Cup the previous day.

Ralf Rangnick forgot he had given his players the day off

Rangnick was expecting to see the usual Covid testing units to check on arrivals to Carrington.

But when there was no sign of any life the United boss quickly did a U-turn and headed home.

As reported by the Daily Mail, a club insider said: “He called inside from his car to ask where the testers were and was reminded the players were off. Then he drove away.

“It was the talk of the training ground. The players were all joking about it.”

Meanwhile, United are still on the hunt for Rangnick’s permanent replacement.

Reports have linked Inter Milan manager Simone Inzaghi to the Old Trafford dugout with the Italian said to be currently learning English.

But Rangnick is determined to have a positive influence on the squad while he remains in charge.

And he is keen for Cristiano Ronaldo to continue dishing out advice to his team-mates.

Rangnick said: “The older and younger players have to play as a team and be united on the pitch.

“We now have enough experienced, older players who can not only be role models themselves in training, on the pitch and in games.”