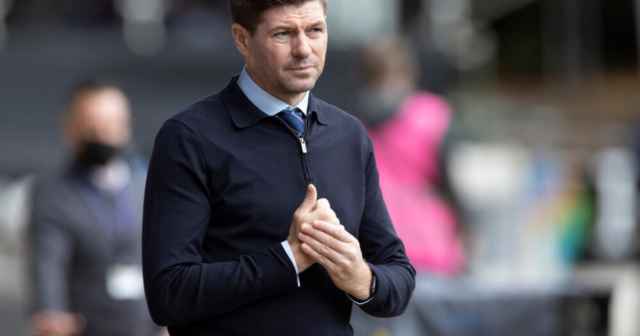 STEVEN GERRARD is not the right fit for Newcastle, says Charlie Nicholas.

The ex-Celtic striker reckons the Liverpool legend and current Rangers manager would not even be in the top three candidates.

The £300million Saudi takeover deal was agreed last week with current boss Steve Bruce expected to make a sharp exit from the club.

A host of big names have been linked with the job including Gerrard – who is high up in the betting market with bookies.

The ex-England hero ended Celtic’s pursuit of ten-in-a-row last season in stunning fashion as Rangers completed an unbeaten league campaign and he has enjoyed success on the European stage.

But Nicholas doesn’t believe the St James’ Park gig would interest the Ibrox gaffer at present – as he shared his theory over a continental candidate.

Writing in his Daily Express column, he said: “I don’t see why Steven Gerrard would be remotely interested in taking the Newcastle United job.

“Newcastle have a long history. But why would he want the job? Because they are in the English Premier League?

“Yes, there will be major investment and they will go after better quality players now that the new Saudi Arabian owners are in at St James’ Park.

“They have made it clear that it is their long-term plan. But it might take five years – or even longer.

“Is Gerrard going to jump ship for a five-year plan?

“You have to remember that guys like Kenny Dalglish and Graeme Souness have tried this job and failed to bring success.

“Many different types of coaches have taken the job but failed to deliver at Newcastle.

“OK, you might have the finances now, but that doesn’t guarantee success.

“It is going to take time to build up Newcastle because there is no way they are going to be able to sign stars such as PSG’s Kylian Mbappe and the like. That is pie-in-the-sky thinking.

“I’m also not sure the Rangers manager would be on Newcastle’s list. And, even if he is, he probably won’t be in their top three.”

“I reckon they will be looking for a more experienced manager and, in fact, I would expect them to be courting continental candidates.”

SunSport understands that Gerrard’s former England team-mate Frank Lampard is a more likely option with the ex-Chelsea boss on their shortlist to replace Bruce.