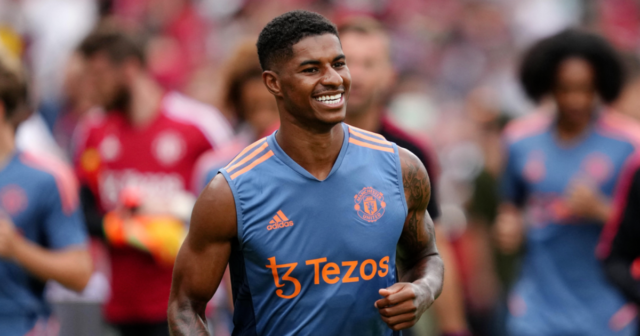 The match will be Erik ten Hag’s first in charge of United and the game will take place in Bangkok, Thailand, where the club are on their Asia tour. 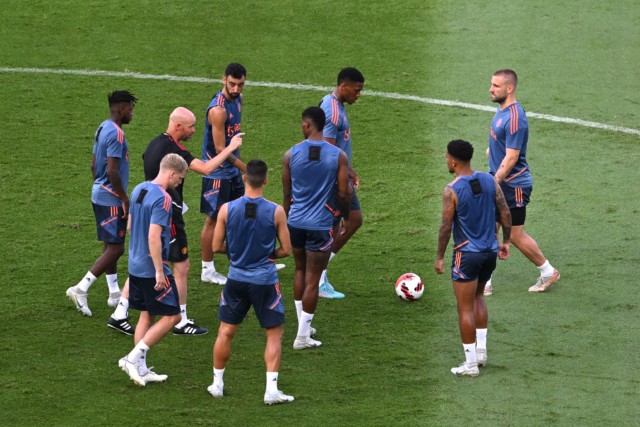 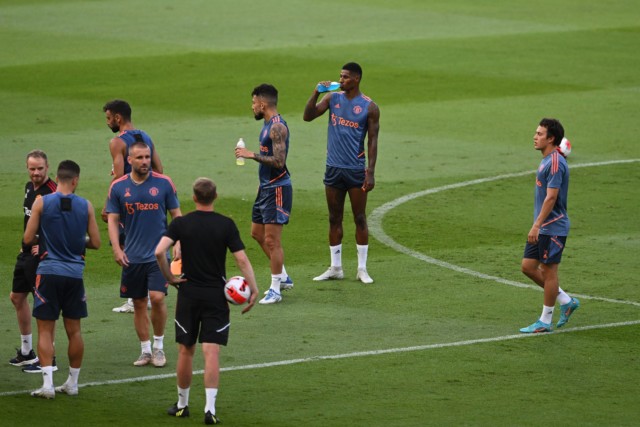 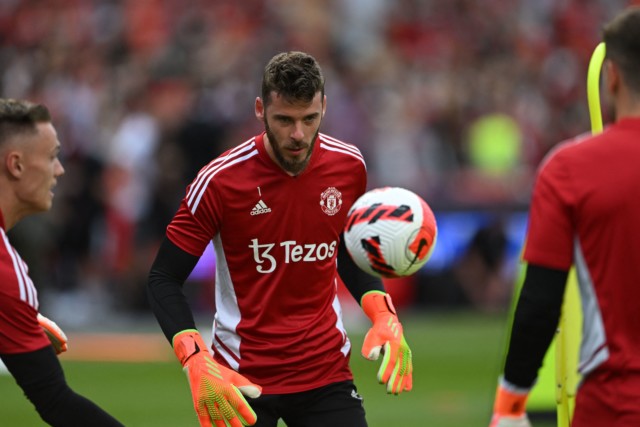 David De Gea is set to be United’s No.1 next season despite some speculation he could be replaced

The 24-year-old has posted videos on his Instagram page working out at the gym over the summer as he aims to bulk up and improve his fitness – and they look to have been working.

Rashford had an underwhelming campaign last season scoring just five goals in 31 appearances in all competitions that resulted in him dropping out the England squad.

Ten Hag has backed him to re-find his best football and become an important part of the team again.

Meanwhile, Harry Maguire trained on his own away from the rest of the squad because he is nursing an injury, according to journalist Samuel Luckhurst.

Maguire was on the receiving end of much criticism last season due to a number of poor displays but Ten Hag has confirmed the centre-back will remain as club captain.

Of course, there were no snaps of Cristiano Ronaldo though.

The 37-year-old wants to leave Old Trafford with Chelsea interested.

Family reasons have been cited for his absence but United have accepted they may be forced into offloading Ronaldo.

He is unhappy at the club because they failed to qualify for the Champions League and consequently he had to accept a 25 per cent wage cut.

Although SunSport revealed he received a six-figure bonus just before he informed the club of his wishes.

Despite all this speculation, Ten Hag has broken his silence to say he is planning for the season WITH Ronaldo in his squad.

In this article:fightingfit, marcusrashford, thegame