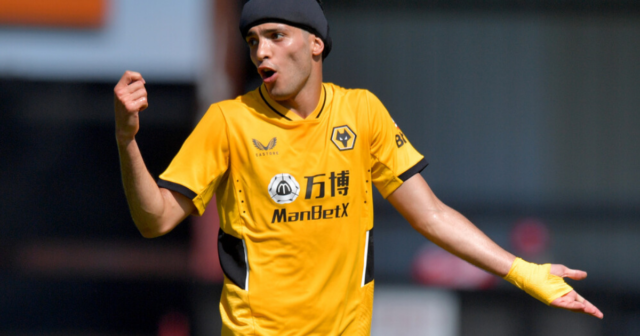 RAUL JIMENEZ has spoken for the first time since suffering the sickening skull fracture against Arsenal in November which threatened his career.

And Jimenez confessed: “It feels amazing to be back after eight months – it feels like it was my first time out on a pitch again.

“I’m so happy to be back here. When it happened I received a lot of messages, a lot of support, a lot of love.

“I just want to thank the fans for their support. It’s been a long time since I played my last game and they’ve been there for me since the first minute.

“I received a lot of cards from people, from all over the world – from China, from Mexico, from New Zealand and in the UK a lot of people have sent messages to me.

“Sometimes I’d go walking with my wife, my daughter and my dogs, and the people wished me to be well soon – all that support, all that love they gave to me, feels really amazing.”

Jimenez will wear a specially modified headband to protect his skull and revealed: “It’s been a long, long way and a long, long time but I think I’m fully recovered and the doctor says I’m good to go.”

The striker’s made incredible progress since the clash with Gunners defender David Luiz that knocked him out cold.

But he claimed he couldn’t even remember the incident after being rushed to hospital by air ambulance for emergency surgery to repair his skull.

Speaking to EstiloDF at the time, he said: “I don’t even remember the moment, I just remember waking up in the hospital after the operation.” 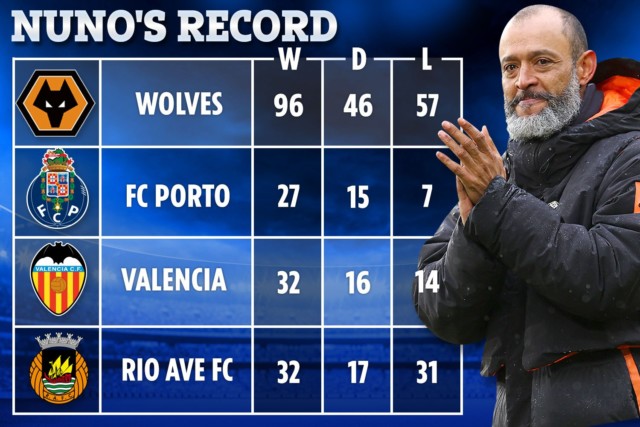 Nuno’s record as a manager

Wolves will be hoping Jimenez remains fit for the up-coming Premier League campaign as his presence was sorely missed in the latter stages of last season.

Prior to his horror injury, the ex-Benfica hit-man scored four goals in ten matches.

And without Jimenez’s input, the Moulinex side hit the back of the net just 12 times in 38 games overall.