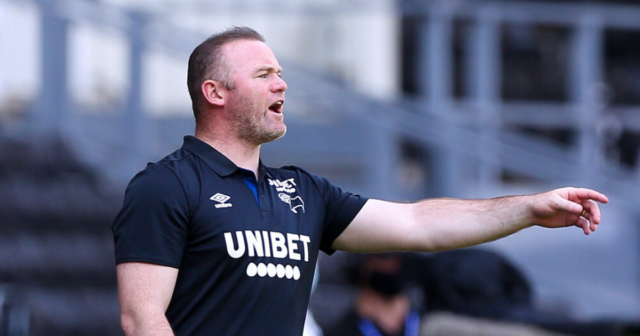 WAYNE ROONEY reckons Ravel Morrison’s bad-boy reputation precedes him and that the star is misunderstood.

Morrison has been training at Derby for the last few days and has already had a positive impact on the squad Rooney claims.

According to Rooney, his ex-Manchester United pal’s letting his boots do all the talking and has already raised the bar at the club.

While speaking to the Daily Mail, he said: “I think with Ravel, he’s very misunderstood. His ability is clear for everyone to see.

“Since he’s been with us, the standards in training have gone up.

“There are things he does on and off the ball that I can recognise immediately.

“That’s where he’s brought the levels up in training.”

It was his first match since leaving ADO Den Haag as a free-agent in January.

And although the Rams lost 2-1, Rooney was happy with Morrison’s contribution during the game.

He added: “He showed some nice touches on the pitch against United but we need to remember he hasn’t played for a very, very long time.

“So it was natural that physically he was going to tire.”

It may be one on Morrison’s final chances at Derby to revive his career since ending up on football’s scrap-heap.

The ex-England, now Jamaican national went from being described by Sir Alex Ferguson as one of football’s brightest talents when he was 14, to being labelled the ‘biggest waste of talent’ by Sam Allardyce while at West Ham.

He joined the Hammers for two years after leaving the Red Devils in 2012.

During his time in East London he was shipped out on loan three times to Birmingham, QPR and Cardiff.

Morrison’s been on a career merry-go round ever since and has spent time at Lazio, Mexican side Atlas, Swedish club Ostersunds and Sheffield United.

While at Lazio, he reportedly went AWOL from training and the club threatened him with legal action.

Did you miss our previous article…
https://www.sportingexcitement.com/football/premier-league/luton-legend-mick-harford-battling-prostate-cancer-and-will-begin-radiotherapy-treatment-next-month-as-fans-send-support

In this article:manchester united, sheffield united