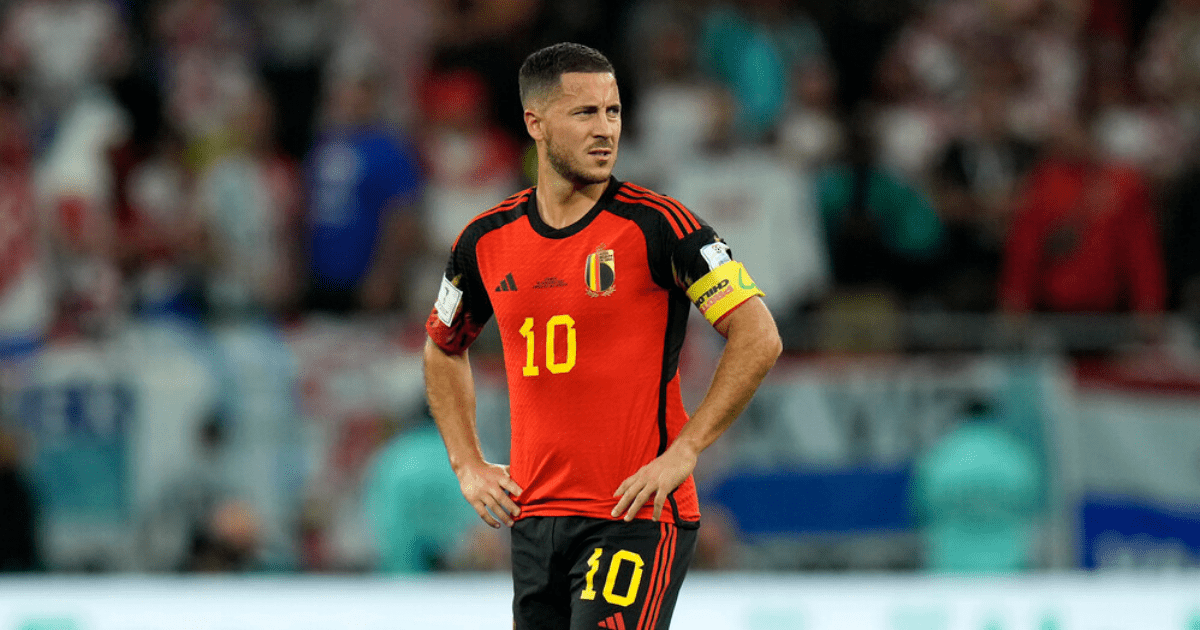 REAL MADRID are reportedly set to cut ties with Eden Hazard after his poor performances in the World Cup with Belgium.

The former Chelsea star failed to inspire his side past the group stages as they were dumped out.

Hazard also failed off the pitch with reported in-fighting in the Belgium squad disrupting the team.

And things are not going to get better once Hazard returns to club duty in Madrid.

According to AS journalist Jesus Gallego, Madrid no longer think the 31-year-old will recapture his best form.

He said as per 10sport: “After being enthusiastic a few times for his recovery, the club no longer thinks the player will look like he was, he is abandoned as a lost cause.”

Since his big-money move to Madrid from Stamford Bridge, Hazard has struggled to play to his best ability.

Throughout his stay, he has been plagued by injury and this campaign he has only managed six appearances for his club.

The Belgian is down the pecking order of manager Carlo Ancelotti as Brazil stars Vinicius Jnr and Rodrygo ahead of him.

The club are now willing to sell the winger, but realise that he would not command a large transfer fee.

Hazard’s contract at the Santiago Bernabeu runs until the end of next season in 2024.

It does seem unlikely that he will be happy about a move away as it would probably see him be forced to take a reduction in wages.

Hazard would be entitled to sit on his contract and leave as a free agent in 2024.

Although he has previously been linked to Turkish giants Fenerbache, with the club president suggesting that the player wants to play for the club before he retires.